While regenerative medicine is a fast-developing field, researchers struggle to induce tissue repair in mechanically active parts of the body, like the heart and vocal cords. One team of scientists might be en route to solving that problem with a new hydrogel. Abi Millar speaks to Guangyu Bao, a postdoctorate researcher at McGill University, to find out how his team’s biomaterial works. 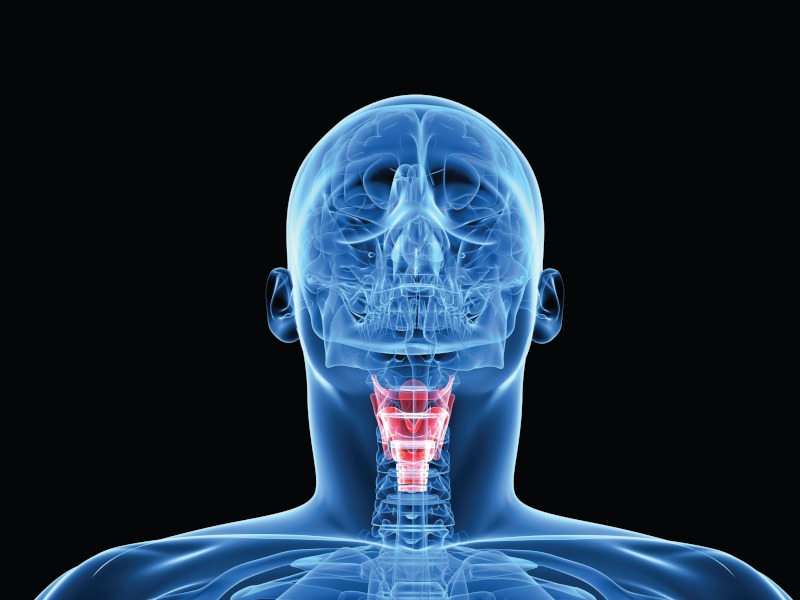 Regenerative medicine has come on leaps and bounds in recent years. A diverse and fast-evolving field, it runs the gamut from gene-editing technologies like CRISPR, to stem-cell treatments that stimulate wound healing. The consensus is clear – this is one of the most promising emerging areas of medical science.

That said, not all areas of regenerative medicine are made alike. While some treatments are already here – think platelet-rich-plasma injections for tendon injuries, or umbilical cord blood for blood disorders – others continue to stump the research community.

Take the use of hydrogels, which are a long way from reaching their full potential. Hydrogels are a type of biomaterial, derived from polymers, with applications within tissue engineering. Notably, they can be used as a scaffold in damaged bone tissue – new cells grow around the scaffold and over time the bone repairs itself.

As well as bone, hydrogels are being developed for cartilage, tendon, skeletal muscle and soft tissue regeneration. In the not-too-distant future, we could see hydrogels being used to regenerate whole organs.

Despite these advances, researchers have struggled to design hydrogels for mechanically active tissues like the heart and vocal cords.

“New biomaterials are being developed every day, which really show some potential in repairing wounded tissue,” says Guangyu Bao, a postdoctorate researcher in the Department of Mechanical Engineering at McGill University. “But in terms of the biomaterials being investigated right now, they’re being tested on tissues that are in a static condition, rather than a dynamic condition.”

Why this is so challenging?

To take the vocal cords as an example of a dynamic condition, the area vibrates more than 100 times a second during speech, placing it under prolonged mechanical stress. While biological tissues are well equipped to withstand this stress, it is hard to design synthetic materials that are up to the task.

“Biological tissues in general are very tough, which can usually prevent tissue damage under normal working conditions,” says Bao. “Most synthetic tissues are like jello. Their toughness is orders of magnitude lower than real biological tissues.”

Placed in a mechanically dynamic organ, most synthetic materials would simply break. We see that with the hydrogels that are currently used for vocal cord repair – patients need regular injections because the material is so short-lived.

On top of that, most biomaterials have a very small pore size. This gives rise to limited blood perfusion, which blocks oxygen and nutrients from reaching the area and can prove hostile to the surrounding cells. There is often a trade-off to be made between porosity (essential for blood perfusion) and mechanical strength.

“There are definitely some methods to make the synthetic materials both tough and porous,” says Bao. “However, those methods are generally not compatible with injection, which is the preferred method in the clinic for minimally invasive treatments.”

Tackling porosity and toughness at the same time

Together with his fellow researchers at McGill University, Bao has been working on a solution to these problems – a new injectable hydrogel that is both highly permeable and mechanically robust. One day, this hydrogel could be used to stimulate tissue repair in some of the most challenging environments of the body.

“We believe this biomaterial really has the potential to solve the biggest challenges in regenerating mechanically active tissues,” says Bao.

The multidisciplinary team, led by Professor Luc Mongeau and Assistant Professor Jianyu Li, began work in this field around four years ago when they designed a hydrogel based on chitosan. Derived from the shells of crustaceans, chitosan is biocompatible and can also be made to be porous. The resulting hydrogel was both injectable and well-suited to perfusion.

“We believe this biomaterial really has the potential to solve the biggest challenges in regenerating mechanically active tissues.”

“Around the same time, we also got to know a method called double network design, which is used to make biomaterials tough,” recalls Bao. “Unfortunately, this type of network design is really toxic in the body and doesn’t generate porous material. We got to thinking, maybe we could use the same design principle but using our biocompatible material. That would allow us to generate hydrogels that were both porous and tough.”

The researchers followed this line of enquiry, and were heartened to see positive results. Their new improved hydrogel combines two polymer networks – chitosan and another elastic polymer called glyso-chitosan. The result is a stretchy material that doesn’t easily break. What’s more, their technique could be easily adapted to work with alternative biomaterials like gelatin.

Because of the nature of chitosan, the pore size is 100 to 1000 times larger than most existing hydrogels – in other words, cell-sized as opposed to nano-sized pores. Meanwhile, its mechanical toughness is between eight and 40 times greater than standard biomaterials.

How the hydrogel works

As the team detailed in their 2021 paper, published in the journal Advanced Science, the hydrogel can withstand an extreme degree of mechanical loading. They tested it in a bioreactor, designed to simulate the biomechanics of human vocal cords. It stayed intact throughout six million cycles of 120Hz vibrations, equivalent to someone talking for two hours each day for a week.

By way of control, they also subjected two rival hydrogels to the same mechanical conditions. The first “disintegrated into small particles that were washed away by the perfusion media”, while the second “fractured into multiple disjoint chunks”.

“Eventually, our material would be replaced entirely by the new tissues that are generated by the native cells of the human body,”

While the hydrogel is a liquid before injection, once delivered into the human body it would form a solid construct. This would provide physical support to the wounded area, as well recruiting cells from the surrounding tissues. Over time, the cells would migrate inside the structure, secrete proteins to repair the injury, and start to remodel the damaged tissue. The hydrogel itself would degrade.

“Eventually, our material would be replaced entirely by the new tissues that are generated by the native cells of the human body,” says Bao.

By way of example, a surgeon might inject the hydrogel into the surgical site following tumour removal. The hydrogel would stop the bleeding, before adhering to the wound without the need for suturing.

“We can just leave the hydrogel inside the body and let the wound heal,” says Bao. “After a while, we hope the tissue would resume its original functions.”

The path to the clinic

In the months since their paper was published, the researchers have been working on ways to improve the hydrogel further still.

“We now have an enhanced version of the hydrogel, which has shown an even better performance than the one described in our paper,” say Bao. “We are just about to start testing our hydrogel in animal models, beginning by testing its biocompatibility and biodegradation properties inside rodents.”

Should the results prove positive, the team will move onto larger animal models, such as rabbits or pigs. They will be looking to test the hydrogel’s overall safety, as well as its wound-healing efficacy. Eventually, they hope to apply for permission to conduct human clinical trials.

“I’m really excited to see the results we achieve next,” says Bao. “I cannot wait to share our recent progress, and also the results of our upcoming animal studies, to the field and to the public.”

Although their hydrogel could have multiple applications inside the body, the researchers are currently focusing on the vocal cords, along with skin wound repair. For instance, they think the hydrogel could be used to restore vocal cord activity in laryngeal cancer survivors.

“The reason we’re targeting the vocal cords and the skin is because we have the expertise in doing that research,” says Bao. “We know how to optimise our material, to make it an efficient means of repairing wounds that doesn’t cause too great an immune response. That means it can be more actively incorporated inside the human body for the long term.”

Cardiac tissue repair is also a possibility, although Bao stresses that his team have not explored this angle directly.

“Our hydrogel is not specifically designed for the vocal cords and we believe it can be also used for cardiac tissue regeneration,” he says. “But it definitely has more to do to prove its efficacy here before we can say that for certain. Based on our initial results, we hope we can attract researchers from the cardiac tissue engineering field, who can adapt our materials for their studies.”

It’s early days for this hydrogel – as it is for so many areas of regenerative medicine. However, there are certainly grounds for optimism. Thanks to the ingenuity of researchers like the team at McGill, what once seemed like impossible challenges are rapidly proving surmountable.