As globalisation opens up the medical devices industry, products can be manufactured almost anywhere in the world. Mark Bonifacio, owner of medical devices consultancy Bonifacio Consulting Services, speaks to Nic Paton about new powers being introduced in the US to allow closer inspection of foreign drug and medical device manufacturing facilities. 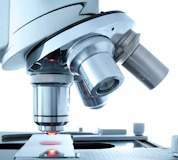 The globalisation of medical device manufacturing is a well-known and long-term trend. Bringing medical devices to market is a lengthy, cost-intensive process, and it’s hardly surprising in a tough economic and highly competitive environment that manufacturers are looking to drive down costs by outsourcing some of their processes.

In this context, the use of offshore suppliers and contract manufacturing organisations (CMOs) has been growing in popularity. The fact that many emerging and developing economies – in Asia and Central and Latin America in particular – have access to increasingly sophisticated, advanced and cheaper facilities, means that devices can now be manufactured almost anywhere in the world.

The other side of this coin, however, is the challenge this trend poses to maintaining, controlling and regulating the quality of the manufacturing process and working practices. There has been a growing appreciation in the US and other key centres of device manufacture that the industry’s oversight and regulatory infrastructure has to have a global reach.

This is why new inspection powers being granted to the US Food and Drug Administration (FDA) under the latest version of the Prescription Drug User Fee Act are potentially significant. They will give the FDA tougher powers to inspect foreign drug and medical device manufacturing facilities as well as the power to block the entry of products into the US.

While the FDA has been gradually ramping up its overseas inspection activity for some time now, what will this added inspection muscle actually mean in practice? Most importantly, should device manufacturers be worried, seeing as many are already deeply concerned about the potential impact of the Affordable Health Care for America Act’s medical device tax on their bottom lines?

The answer is no, manufacturers should not be panicking, but nor should they be sticking their heads in the sand, advises Mark Bonifacio, owner of medical devices consultancy Bonifacio Consulting Services:

"I’ve been in this business for more than 20 years and we have seen things like this before; they tend to come in waves and resources get deployed," he cautions. "So there is an element of ‘will it actually make any difference?’.

"There is definitely going to be some change here and it is something device manufacturers need to be aware of and prepared for; there will be a step up in activity with the FDA looking at foreign and offshore manufacturing facilities. Whether that means they will be able to put suitably qualified boots on the ground is much more difficult to establish.

"What we are recommending to our clients is to prepare for some additional scrutiny," Bonifacio explains. "As well as CMOs, we expect there will be more scrutiny of original equipment manufacturers. We fully expect a lot of the FDA’s focus will be around putting additional pressure on multinationals that have offices in the US as, obviously, they are easier to get access to and will normally have good relations with the FDA anyway.

"There will also be companies in North America within its jurisdiction and able to come under its authority, even to the extent of being able to be shut down if necessary. It is very clear that this is the direction in which things are heading."

Some of this is politics in terms of the healthcare reforms going through and the fact that it is a presidential election year. The FDA’s activity does tie into all this, but it also means US companies need to look more closely at their supply chain. There will be a need for increased and more rigorous due diligence.

Challenges for a yound industry

The medical device industry is a relatively young industry compared to, say, the automotive industry, so the supply chain tends to be less developed. It is also now very much a global marketplace and that makes things more complicated; for example, there are a lot of Chinese and Indian companies that want access to this market.

The medical device market is proliferating into a global platform on a mass scale for the first time so, for manufacturers, it is not just about looking at tier-one suppliers but understanding what is happening further along the supply chain, too.

"There will be a step up in activity with the FDA looking at foreign and offshore manufacturing facilities."

"For example, you might have a Chinese or Indian company that you are sub-contracting to and it is a very reputable supplier, doing everything right that you ask of it. But at the same time it may be getting components from a garage shop in Shenzhen that is using lead-based solvent, and which you are unaware of," says Bonifacio.

Manufacturers will need to step up the level of questions they ask and how they vet suppliers. It is not just about preparing audits or ISO certifications; it has to be on the ground and engaging with management teams.

"It is all about focusing on your product, especially what components are coming from second-tier suppliers," explains Bonifacio. "It is about recognising the need for a really hands-on approach in dealing with this and really understanding what’s going on; it is about really knowing the people, knowing your suppliers."

This is a topic oft-discussed in the industry but it can be one of the first things pushed aside whenever budgetary issues arise because it does not have a tangible return on investment. It is very easy for it to be put off to next year.

The other thing to recognise is that the FDA does have quite a lot of power in this area. It can initiate recalls, impose fines, put out ‘cease and desist’ orders; it can not only tell you to stop selling your product, it can shut your production lines. Its ultimate sanction is a criminal prosecution, although normally that is only for the most serious cases where someone has been doing something wrong deliberately and knowingly.

"The medical device market is proliferating into a global platform on a mass scale for the first time."

More positively, the FDA normally tries reaching out to the industry and asking for input, enabling companies to be part of the process and take some ownership of the issue. For example, it is talking about increasing the number of reviewers it has for 510(k) clearance and pre-market approval applications to help the industry with its production cycle and to get products to market quicker and more easily.

"Overall, I think only time will tell what difference this new emphasis on inspection will make and what the deployment of these extra resources will actually mean," says Bonifacio. "My gut feeling is that it’s not going to result in any sort of sea-change;
it is not going to be about whipping up a monumental tidal wave of change. But at the same time it is not going to be something manufacturers can afford to be complacent about or ignore."

What will be needed is a metered approach, and manufacturers will certainly want to be able to show they are taking this issue very seriously and not simply kicking the can down the road. If they ignore it, it will eventually catch up with them. What’s more, of course, is that this is simply good business practice.

The Prescription Drug User Fee Act has been in existence since 1992 and its latest version was authorised by Congress in July. It includes a range of provisions for new industry fees – which are expected to bolster the FDA’s budget by billions of dollars – as well as regulatory promises to speed up generic drug reviews.

On top of this, the legislation crucially gives the FDA a mandate to increase its overseas inspections.

"Overseas medical devices facilities are estimated to supply 80% of the ingredients for US pharmaceutical companies."

Overseas medical devices facilities are now estimated to supply 80% of the ingredients for US pharmaceutical companies as well as having a fast-growing presence within the medical device components market. Yet a report in 2010 by the US Government Accountability Office found that the FDA only inspected overseas facilities once every nine years on average – compared with once every 30 months for domestic plants – although its record was improving in this area.

Inspectors will be able to target what they consider to be the most problematic manufacturing sites, irrespective of whether they are located in the US or overseas. The agency will also have the sanction of being able to block the entry of products into the US if it is refused admission fully to inspect facilities.

Why medical device manufacturers should care

The legislative move to grant the FDA heightened inspection powers feeds into a trend of increasing overseas inspections by the agency to respond to the growing globalisation of the drug and medical device market. According to PricewaterhouseCoopers, the agency’s budget for manufacturing plant inspections (both domestic and international) jumped by 30% in 2011 to $135m.

While in 2010 just 10% of its inspections were outside the US, this percentage is expected to increase substantially. The agency, for example, now has offices on every major continent, with its presence on the ground having accelerated sharply over the past four years.

Failed good manufacturing practice inspections, PwC has argued, can have an enormous impact on the revenue and brand of a company. Apart from direct revenue losses from recalls, quality holds, import bans and consent decrees, there is the indirect damage it can cause to an organisation’s wider reputation.

A poor inspection record – even of facilities in overseas sites – can damage an organisation’s ability to operate or conduct trials in other countries or potential new markets.

"Conversely, successful FDA inspections could give a well-prepared company a competitive advantage," PwC authors Jim Prutow, Frances Palomar and Vignesh Ramesh advise. "A company with a robust quality system is less likely to suffer disruptions from recalls, quality holds or import bans. These companies can gain a reputation for reliability during a time of uncertainty and distrust within the global market."

They recommend that organisations take the following actions to prepare for and manage the inspection process: