A platform for change

The simple and cost-effective transfer of biomarkers into a lab-on-a-chip design is now achievable thanks to an innovative joint research initiative in Germany. Project coordinators Soeren Schumacher, Eva Ehrentreich-Förster and Frank F Bier explain to Medical Device Developments about technology potential. 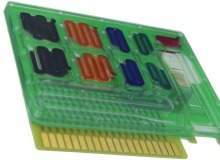 Lab-on-a-chip systems are predicted to become a mainstream technology over the coming decades. According to market research, revenues already total $670 million and the size of the market is expected to triple at an annual growth rate of over 10%. The most significant growth is expected within the in vitro diagnostic and point-of-care markets, where the use of lab-on-a-chip systems can satisfy both societal needs (the needs of healthcare systems) and new trends in biomedicine.

In response to the challenges posed by an ageing population, globalisation and climate change, new technologies and diagnostics must emerge to support cost-effective healthcare services, along with a rethink concerning the role that diagnostics can play. Diagnostic treatment can create added value for patients since diseases can be diagnosed earlier, leading to additional benefits such as near-patient therapy control.

With an appropriate diagnostic the influence of a drug and its effectiveness can be monitored; less and more effective medication will in turn save costs and alleviate the burden on the healthcare system. Lab-on-a-chip systems with a high degree of usability could directly target this point of need.

"Diagnostic treatment can create added value for patients since diseases can be diagnosed earlier, leading to additional benefits such as near-patient therapy control."

New trends in biomedicine support the increasing significance of diagnostics. Catchwords such as personalised medicine are being used to describe a more predictive, near-patient approach in which the patient is monitored prior to the illness. In this regard, there is a need for a more complex analysis since the diagnostic or predictive value of a combination of different parameters is paramount. In another example, for indications such as infectious diseases a multiparameter analysis can show the latent/acute status of the infection.

There are already a variety of different assays used in the laboratory, but still the sample has to be taken from the patient to a centralised lab and the results sent back to the physician’s office. Lab-on-a-chip systems could make these analyses more near-patient in nature and hence more effective. Nevertheless, many new lab-on-a-chip systems run with new principles of assays such as bead-based tests, thus ruling out the easy adaption of already established assay types. New technological solutions have to be found to pick up these common assay formats.

Production aspects that heavily affect commercial success must also be taken into account. With cost savings currently a driving force in the market a possible lab-on-a-chip system has to fulfil the need for cheap production, even when it involves a high degree of complexity. In reality, the picture is much more complicated. In most cases the chip itself can be produced relatively cheaply, for example by injection moulding. However, the pumping and read-out system is more complicated and hence more expensive.

One of the most common barriers to commercialisation is the choice of material. The prototype and research stage features lab-on-a-chip system materials produced by rapid processes such as laser milling. During these processes assays are evaluated and tests performed. However, the demands of mass production can often result in a system with different properties and materials. Assays and tests have to be transferred into the new system, additional development time must be found and additional money has to be raised. These factors can significantly affect the success of such a system.

A joint project featuring seven Fraunhofer institutes was initiated with the aim of designing a lab-on-a-chip system that could circumvent most of the aforementioned sticking points and match the needs of the market. The Fraunhofer ivD-platform demonstrates a high degree of modularity and complexity when adapting common assay types onto this system. During its development the focus was on integration and usability to create a system which is easy and fully automated for a near-sample analysis.

Materials and processes were used that are already in the research stage, and therefore suitable for serial production, meaning the cost of the final lab-on-a-chip solution could be as little as €1. Within the consortium, the whole value chain is covered, from microfluidics, material and polymer sciences, assay and sensor development, through to production and process development.

"he cartridge itself is composed of a printed circuit board (PCB) and an injection-moulded polymeric part, which guarantees a reasonable price."

The Fraunhofer ivD-platform’s core is a disposable cartridge roughly the size of a credit card. The unique characteristic of the cartridge is that the pumps are already integrated on the chip. Through an electrical current the pumps can be activated and small reagent volumes can be displaced on the cartridge. Hence, complicated and expensive pumping is not necessary, and no error-prone external interfaces for pumping and reagents are required. The cartridge itself is composed of a printed circuit board (PCB) and an injection-moulded polymeric part, which guarantees a reasonable price. In the assembling process both parts are joined together and can be easily modulated to serve different needs.

Depending on the type of assay and the choice of the customer two different sensors – an optical waveguide or an electrochemical silicon-chip – can also be placed into the cartridge. Moreover, the reagents necessary for an assay are also placed into different reservoirs between 60 and 120µL. Such a customised cartridge can now be used for a certain assay at the point of need.

Therefore, when performing an assay, the patient or medically trained personnel must add the sample onto the chip. By placing the cartridge into a base station the assay is conducted automatically. The sample is pumped over a sensor field where molecules such as antibodies are captured and immobilised in a microarray format. The advantage of a microarray is that the captured molecules are spatially resolved, enabling the simultaneous detection of a multiplex of different analytes.

So far, two different sensors can be used in combination with the cartridge. The optical read-out is based on fluorescence signals (total internal reflectance fluorescence) meaning up to 500 different parameters can be analysed. With the electrochemical silicon chip, 16 different parameters can be analysed in parallel whereas here, thanks to an extension of the acquisition time, a higher sensitivity is achievable. In this regard, the Fraunhofer ivD-platform is particularly suitable for the determination of assays based on a binding reaction, such as an antibody-antigen interaction. To broaden its application to include nucleic acids in application fields such as infection diseases, a second module can be used in which sample preparation and amplification can be conducted.

Following the successful amplification the sample can once again be pumped over the sensor field and the DNA can bind to immobilised DNA probes. Depending on the choice of sensor the bacterial strain for the infection can be determined either optically or electrochemically. Currently, an assay based on the recognition of an antibody-antigen reaction takes about 15 minutes. Once the cartridge is placed in the base station the assay is performed automatically and data will be presented in the appropriate format for the operator. Depending on the type of sensor and assay, the system will be designed to match the needs. One of the next major steps towards enhanced user-friendliness will be the combination of diagnostics with information and communication technologies (ICT). This has the potential to impact positively on the diagnostic device’s home-care possibilities since it can be connected to the physician’s office via the internet.

The Fraunhofer ivD-platform as a technology base can be used for a variety of different application areas, including pure diagnostics, therapy control or even biomarker research. In diagnostics, the system creates added value by providing multiparameter analysis at the point of need. This means a faster and more reliable medical decision can be made to initiate a certain therapy, and the subsequent control of a therapy and its success can be monitored to support healthcare.

In terms of biomarker research, the Fraunhofer ivD-platform can be used as a system to validate a new biomarker. The main advantage is that after the validation the lab-on-a-chip system can directly be commercialised for near-patient testing. Besides diagnostics, other application areas such as environmental sciences, food quality management or agronomy could use the Fraunhofer ivD-platform as a possible analytical system.

"By integrating the pumps the system can just be operated by an electrical current, meaning it has the potential to be both independent and small. "

The focus of the research project was to meet the needs of the market. In addition to the general advantages of the lab-on-a-chip systems – such as the improved speed of the analysis, their reproducibility, reduced costs (thanks, in part, to smaller reagent consumption), small sample volumes and a high degree of user convenience – the design parameters were broadened to make the system as integrated, modular and
market-driven as possible.

By integrating the pumps the system can just be operated by an electrical current, meaning it has the potential to be both independent and small. Furthermore, the Fraunhofer project addressed the future need for more complex diagnostics by providing different types of sensors and an unusually high number of possible assay reactions (up to 500). The next step will be to find new strategic partnerships to evaluate different application areas where the Fraunhofer ivD-platform can create added value for patients and society as a whole.

The Fraunhofer ivD-platform is a joint project of the following seven institutes – ENAS, IAP, IBMT, IGB, IPA, IPM and ISIT. It was supported by the FhG internal programmes under grant no. WISA 819 638. For more information visit www.ivd-plattform.fraunhofer.de.