The use of plastics in joint replacements has evolved dramatically over the past few decades, and work continues to develop materials that will render implants more durable and robust. In some quarters, however, the use of traditional metallic alloys is still preferred. Medical Device Developments spoke to plastics expert Dr Yash Khanna about the need to spread awareness of the materials under development and how well plastics perform compared with metals. 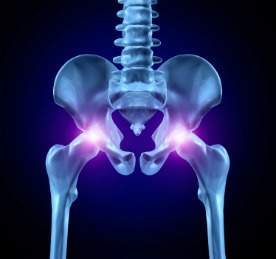 While materials and surgical techniques have changed a great deal over time, the challenges that face the designers of implants to replace hip or knee joints are the same as they have ever been. For load-bearing joints that are constantly in motion, it is vital to install implants that are strong yet flexible, do not easily degrade and do not have a harmful effect on the body hosting them. Metallic alloys have always had the strength, but over the years, plastics have near become their equal in that regard.

Plastics have also shown increasingly positive results in terms of wear and flexibility, and considerable effort and investment is being devoted to improving their performance even further.

"The underlying challenge in the development of new materials for joint replacements is to reduce the amount of friction and wear," says Dr Yash Khanna of InnoPlast Solutions. "Friction causes debris that creates inflammation and discomfort in patients, and wear reduces the longevity of the implant. So, since the 1960s – when Teflon plastics were used, which did not have a satisfactory abrasion rate – a lot of work has been done to develop new materials with lower wear rates."

Khanna, who is the recipient of two international awards in the areas of plastics and analytical sciences, has nearly 40 years’ industrial experience in many aspects of the plastics industry. He is currently chief technology officer at Applied Minerals, a leading global producer of halloysite clay, and his previous posts include a four-year stint as senior technology fellow/director of technology at minerals company Imerys.

Khanna also plays a key role at InnoPlast Solutions, which provides consultancy and analytical services, and also organises conferences and courses. Its next conference, in April 2014, focuses on polymers and plastics in medical devices, and will highlight the latest trends and technical advances in the field. Through his work, Khanna has regular contact with orthopaedic surgeons and other experts in the area of materials development, and in his experience, the work to improve the performance of plastics continues to push the boundaries of what is achievable with plastic joint replacement technologies.

"Today, ultra-high-molecular-weight polyethylene, or UHMWPE, is the most popular plastic for joint replacements," he says. "Its abrasion rate is 15 times better than carbon steel and 500-1,000 times better than Teflon. But more needs to be done. We can still improve wear characteristics and, in the last ten years, a lot has been done to modify UHMWPE."

Since the first use of UHMWPE in joint replacements, the material has undergone significant development, most notably with the use of gamma radiation to induce cross-linking. This method has been the ‘gold standard’ in orthopaedics for decades because gamma-irradiated polyethylene has performed well in clinical applications in the absence of oxidative degradation.

The cross-linking process increases wear resistance, making UHMWPE highly suitable for use in bearing surfaces for total-joint arthroplasty. Cross-linking creates junctions between polymer chains, which reduces their mobility and, therefore, makes the implant more stable. Reduced plasticity means that there is less wear.

The technique, however, is not without its problems. The use of radiation has been seen to create long-lived residual free radicals in the polymer, and these can cause reactions that impair the joint’s mechanical properties. Free radicals – particles that have unpaired valence electrons – can be highly chemically reactive with other materials.

"The biggest development has been the modification of UHMWPE via cross-linking, which reduces the wear rate by a factor of 20," explains Khanna. "There is always room for more improvement, however. Cross-linked UHMWPE is good for wear resistance, but leads to degradation and free radicals, so the reliability of the joint may not be satisfactory after five or ten years. We see degradation because of the radiation used in cross-linking, but that issue is now being addressed.

"For example, we are seeing DePuy Synthes using a proprietary antioxidant to reduce the degradation associated with cross-linking, so there are fewer negative consequences and the longevity of the implant increases. So polyurethane is still the main material and is the focus of continuous improvement efforts. Surveys of patients suggest that up to 80% are satisfied with their joint replacements after three years, which is far better than with previous materials. And, of those who are dissatisfied, this could be due to complications from the surgery, not necessarily from the materials."

"Structural plastics have all the properties that are needed, but we need to overcome the psychological barrier that surgeons have regarding their use."

Various techniques have been tried to combat the creation of free radicals in highly cross-linked UHMWPE, including the use of vitamin E as a tried-and-tested chain-breaking antioxidant. Vitamin E is known to impair the peroxidation of lipids in the body, and a similar process is required to improve the function of irradiated UHMWPE.

Despite the huge improvements in joint-replacement procedures brought about by UHMWPE, the search for better performance has continued unabated.

"The longevity of the implant could be improved, as could the level of friction and wear," notes Khanna. "But biocompatibility is another key area where a lot of improvement could be made because, when you put foreign material in the body, the body knows it and responds. Coatings could play a big part in this."

The biggest battleground, however, is not so much in the laboratory where new materials or coatings to improve biocompatibility are under development, but in fact in the minds of surgeons. The performance of plastics in joint replacements may have improved greatly, but, for Khanna, the biggest hurdle so far is overcoming the perception of plastics shared by those who make the decisions about what materials to use.

"Some people still think there is a big difference between plastics and metal," he says. "A few orthopaedic surgeons are still inclined towards high-performance metallic alloys, but to counter this, the industry has designed with new materials that are approaching the same strength as metals. PEEK, for instance, is very strong. In fact, it has similar stiffness and strength characteristics to bone, and has been successfully used in knee, hip and spinal joint replacement."

"Research continues into new forms of plastic, and their performance will no doubt continue to improve, but Khanna believes that the main task should be to make the most of the advances that already exist."

Polyetheretherketone (PEEK) and, as of more recently, carbon-fibre-reinforced PEEK heralded another step change in the biocompatibility, strength and abrasion resistance of plastic implants, and could help to convince more surgeons that there is an alternative to metal alloys.

"PEEK costs more than polyethylene, but this may not be an important consideration in medical device applications," Khanna says. "It is lightweight and biocompatible too, so it could meet the high demand for joint-replacement procedures. There is always a desire to improve the performance of the material, and friction and wear remain a challenge, so increasing strength is desirable, especially in hip and knee replacements where impact is a critical factor. We don’t want implants to fall apart and PEEK is a step in the right direction in terms of improving mechanical strength.

"More important than the development of new materials, however, is the plastics industry’s need to make people aware of the advantages of this material in the area of joint replacements," he adds. "Some surgeons are not aware or convinced of the benefits of using plastics, and still prefer metallic alloys, so the industry must do more to educate them. Companies need to accelerate their marketing efforts."

According to Khanna, in terms of the performance of plastics, the data speaks for itself, with patient satisfaction and the longevity of plastic joint replacements reaching new highs.

"There remains a time lag between acceptance and adoption, so a bigger marketing effort would help," he reiterates.

Research continues into new forms of plastic, and their performance will no doubt continue to improve, but Khanna believes that the main task should be to make the most of the advances that already exist.

"The life of an implant today is ten to 15 years and, thanks to the amount of innovation going on, it is possible that we could extend this by another five to ten years," he remarks. "The use of additive manufacturing, also known as 3D printing, means it is becoming cheaper to make prototypes, which helps to accelerate the design phase.

"The most important thing, however, is to overcome the psychological barrier that surgeons have regarding plastics. Structural plastics have all the properties that are needed, but what we need to do is grow their use through the right marketing strategy that convinces surgeons. This is always the case when there is a paradigm shift in the use of materials."