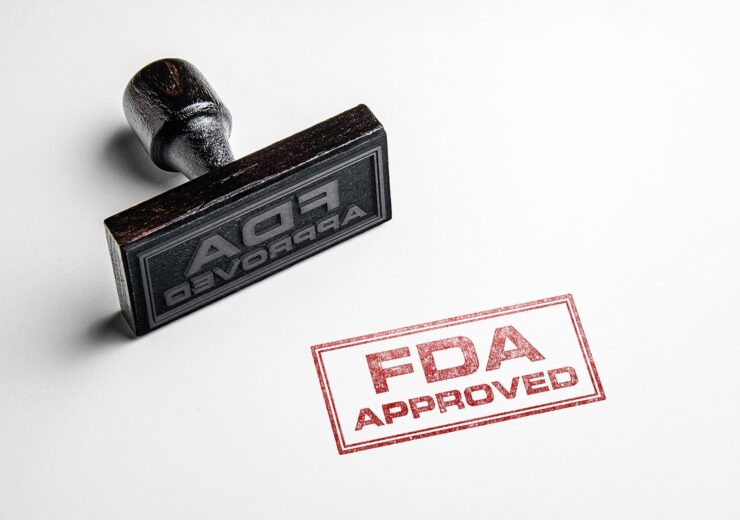 Alongside numerous EUAs for Covid-19-related technologies, a total of 48 medical device approvals have been made by the FDA in 2020 (Credit: Castleski/Shutterstock)

Throughout much of 2020, medical devices approved by the US FDA to help healthcare providers tackle the Covid-19 pandemic have dominated the headlines.

However, the vast majority of these – whether they are diagnostic testing kits, PPE items or novel ventilator designs – have actually been granted a temporary Emergency Use Authorisation (EUA) by the FDA, rather than full regulatory approval.

And, somewhat under the radar, a total of 48 standard medical device clearances have also been issued by the US regulator in 2020, as of mid-December.

We take a closer look at seven of these new technologies, and the positive impact they could have on patient lives, as the year draws to a close.

New medical devices approved by the FDA in 2020

The Bulkamid Urethral Bulking System is a single-use kit that consists of sterile syringes filled with Bulkamid – a thick, permanent gel – a rotatable sheath, and injection needles.

It is used to treat adult women who have stress urinary incontinence due to weak pelvic floor muscles.

In a clinical study – according to the FDA – 47% of women experienced a “significant improvement” in their incontinence one year after receiving Bulkamid, seeing at least a 50% reduction in both the amount of urine leaked, and the number of times they leaked urine, in a 24-hour period.

The test can detect human antibodies against the hepatitis B virus (HBV) in a patient’s blood – and is used when doctors suspect a patient may be infected with HBV, or when doctors need to know if someone has previously received a HBV vaccine.

However, the LIAISON XL MUREX Anti-HBs test will not be able to ascertain if the patient’s HBV infection is recent or long-term, or if a patient has already recovered from HBV.

The test involves sampling a patient’s blood and sending it to a clinical laboratory where the sample is inserted into a DiaSorin LIAISON XL analyser, and mixed with test chemicals, to produce a positive or negative result.

The ReActiv8 system includes an implantable pulse generator (IPG), two stimulation leads, a magnet, and a wireless remote – and, via the IPG, is used to deliver electrical stimulation pulses to certain nerves responsible for activating the muscles that help stabilise the lower back.

The IPG is implanted in a patient’s lower back, and a stimulation lead is placed on the lumbar multifidus muscle on the left and right side of the patient’s spine. Using the wireless remote, the patient is able to start, pause or stop a session of electrical stimulation.

The ReActiv8 Implantable Neurostimulation System is intended to help with the management of chronic lower back pain associated with weakness of the lumbar multifidus muscle in patients for whom other options like pain medications and physical therapy have failed, and who are not candidates for spine surgery.

In a clinical study, the majority of patients that used the device demonstrated “significant improvement” in pain symptoms after 120 days, with patients also experiencing clinically meaningful improvements in function over the same period of time.

The laboratory test is designed to detect specific mutations in the EZH2 gene within tumour tissue taken from patients with a type of white blood cell cancer called follicular lymphoma.

Identifying these mutations will help doctors identify patients with follicular lymphoma who should be considered for treatment with tazemetostat – a drug sold under the brand name TAZVERIK that may help to extend their life.

In the cobas EZH2 mutation test, a doctor takes a small amount of cancerous tissue from the patient and sends it to a laboratory, where its DNA is isolated from a patient’s tumor biopsy and mixed with chemical reagents to evaluate the presence, or absence, of the specific EZH2 mutations.

A trained medical professional then reviews the test results and sends a report back to the ordering doctor.

The stent system is intended to treat deep venous obstruction, which occurs when the iliofemoral vein – located in the groin area – becomes narrowed or blocked.

It consists of a metal stent made from nickel titanium that is designed to be permanently implanted in the body, and a delivery system used to place the stent in a vein.

By holding a section of the vein open and increasing blood flow from the leg, Medtronic’s stent system can treat deep venous obstruction – a medical condition that may limit blood flow, and lead to swelling in the leg and pain when walking.

In addition, it could help to prevent potential complications associated with deep vein obstruction, such as blood clots that migrate to the lungs – a pulmonary embolism – or a clot in the leg called a deep vein thrombosis (DVT).

The system uses an ultrasound transducer to deliver a focused, high-intensity ultrasound beam to heat and destroy – or ‘ablate’ – target tissue.

Specifically, it is designed to treat osteoid osteomas, which are benign but painful bone tumours that usually form in the arms or legs of children, and young adults.

During this treatment, a healthcare professional also uses thermal images created via MRI (magnetic resonance imaging) to monitor the tissue’s rising temperature, and the progress of ablation.

In a clinical study, nine patients between the ages of seven and 24 were treated with Sonalleve MR-HIFU and within four weeks, all but one experienced long-term pain relief and did not need any pain medication – indicating the device holds a “probable benefit”, according to the FDA.

HDL Therapeutics – a Florida-based cardiovascular medical devices company – received clearance for its PDS-2 (Plasma Delipidation System) on 1 December, making it the most recent FDA-approved device in 2020 at time of writing.

The system is designed to reduce plaque build-up known as an atheroma in the coronary arteries, which is found in the plasma of adult patients with homozygous familial hypercholesterolemia (HoFH) – a life-threatening genetic condition that causes high levels of cholesterol, and can lead to early and progressive heart disease.

The PDS-2 includes an instrument to process and mix the patient’s plasma with a delipidation solution, which helps remove unwanted cholesterol in their blood plasma.

It involves a doctor collecting the patient’s plasma in a sterile bag using a device that separates the plasma and blood cells – a plasmapheresis device – and the plasma is then placed in the PDS-2, treated with a delipidation solution and filtered into another sterile bag before being put back into the patient’s body using an infusion pump.

In a clinical study of the system, a reduction of coronary atheromas was seen, according to the FDA, with 16 plaques in six HoFH patients’ bodies being evaluated and 14 of these – 88% – seeing partial reduction after two weeks of treatment.