Thanks to new technologies, the world of classic endoscopy is seeing significant changes, opening the doors for related medical-device and system providers to step into the market. Dr Claas Müller reveals the latest technological trends in endoscopy and how related businesses can move into the lucrative market for visualisation. 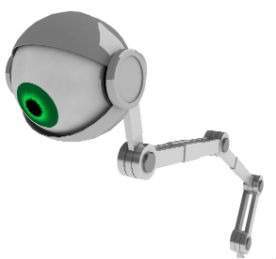 Until today, the majority of minimally invasive surgical procedures used rigid endoscopes, such as laparoscopes and arthroscopes, with a rod-lens-based optical system. These optical systems are usually expensive and fragile, which is why the users of such devices, reprocessors included, are trained to handle them with extreme care and caution. But a number of technological developments have significantly pushed forward improvements in endoscopy, to the benefit of doctor and patient alike.

Trends such as the combining and merging of different imaging and visualisation methods – like MRI or CT with endoscopic images – or the connection and integration of medical devices in the operating theatre, as well as combining endoscopic visualisation with instruments, lasers, and other devices and technologies, will push further developments in this area.

The employment of gold soldering instead of glue, lead or silver is one of the improvements taking place in the use of rigid endoscopes. Using gold soldering to attach the front lenses of the instrument’s distal tip avoids causing allergic reactions in patients, and is more robust against reprocessing detergents.

If an endoscope with a diameter of less than 2.7mm is required, or a large working channel does not allow the use of a rod lens system, fibre optic bundles will be used for visualisation. Bundles of up to 50,000 fibres are available. In the medical field, endoscopes with diameters of just 1mm that can be autoclaved more than 500 cycles are now also available. One of the most popular applications for this type of instrument is ultra-mini-percutaneous nephrolithotomy, or ultra-mini-PCNL – a procedure whereby kidney stones are removed percutaneously with a 4mm sheath and a laser in an ambulatory procedure. High stone-removal rates and reduced bleeding are additional advantages of such a procedure.

Usually, classic endoscopes are combined with CCD cameras. In the past, doctors had to deal with standard video in PAL resolution (in Europe), with 576 lines at 25 frames a second, or NTSC (in the US), with 480 lines at 30 frames a second in an aspect ratio of 4:3. Unfortunately, CCD sensors are expensive, whereas CMOS sensors have been playing catch-up technologically, resulting in a gradual replacement of CCD sensors with CMOS sensors. For instance, Sony recently announced that it would shut down the last CCD manufacturing plant in 2017. Today, state-of-the-art CMOS sensors with a resolution of ‘native full high definition’ (full HD with a resolution of 1,980×1,080) at 60 frames a second are the gold standard.

Besides the camera that is connected at the eyepiece of the endoscope, a light source must be connected with a light guide cable. Traditional light sources with halogen and xenon bulbs are continuously being replaced with modern white light LEDs, which have several advantages. In particular, they have significantly longer lives: the life of an LED light is at least 10,000 hours, while a halogen lamp’s life is 50 hours and a xenon lamp’s is 500 hours. Switching to LED light sources leads to savings in running and bulb-replacement costs.

In recent years, the field of endoscopy has seen a variety of innovation. One of the major turning points has been the start of robotic surgery with Intuitive Surgical’s da Vinci robotic system. Besides its robotic arms, the system has a 3D-imaging system. 3D is very popular today, and is now offered in a handheld system in the form of the Aesculap EinsteinVision. Along with lightweight chip-in-scope technology, the second generation of EinsteinVision systems can also be used with EndoSheath microbial barriers, which allow the endoscope to become a permanent fixture in the operating theatre as a part of the endoscope tower, reducing the volume of capital equipment that moves around in a hospital.

Chip-in-scope and LED-in-scope, together with full HD image sensors, offer new possibilities in the endoscopic field. In addition to making the instrument a lightweight hand-piece with a single cable, the system does not require any additional or separate light sources or cables.

One of the challenges of using the LED-in-tip system is the high temperature generated at the distal tip. However, such a system would have the distinctive advantage of avoiding any additional fibres for light transmission, such as from the hand piece.

Similarly to the consumer market, 4K resolution (horizontal resolution of approximately 4,000 pixels) is also offered in medical endoscopy, although it is yet to be discussed whether this expensive technology offers any real advantage. Today, endoscopic towers are usually equipped with a 27–32in monitor, and for the human eye to see 4K resolution in a 32in monitor, the distance between eye and monitor should be around 60cm. This distance is generally not practical, due to the fact that the display has to be positioned in the sterile field above the patient. Additionally, 4K only makes sense when the full chain – from the endoscope and its sensor in the camera head to the video on the monitor – is realised in 4K. At the moment, therefore, 4K will be strictly a high-end solution for customers that can afford a 50in-plus monitor in the operating theatre.

Today, endoscopic visualisation is significantly influenced by video algorithms that are usually part of the camera head and/or camera control unit. The goal of using such algorithms in endoscopic camera settings is to improve the image quality automatically to give the user the best performance.

Algorithms have a number of functions, including:

One of the biggest problems in the past for end-users was the need to deal with defective pixel errors of the image sensor, which can be caused by issues such as cosmic radiation during shipment in an aircraft. Such errors can be disrupting and may interfere with a procedure. Modern cameras are equipped with dynamic pixel-error detection and correction that eliminate such pixel errors continuously.

Significant image improvement can also be seen from using a dynamic contrast algorithm, which provides the surgeon with a more vivid image. One feature of the algorithm is that it recognises the active image size of the endoscope automatically. This area can be used by additional algorithms for brightness and image optimisation. The image can also be centered on the screen and automatically zoomed to the requested level.

With new endoscope technologies such as chip-in-tip or chip-in-scope, further algorithms can compensate for optical issues such as distortion and vignetting. The surgeon will have the advantage of getting a more realistic image of the best quality in full-screen mode without reduction of brightness and sharpness to the edges that, in the past, was only available in high-price endoscopes and optical systems.

Look to the future

As the market progresses, there will be a clear differentiation of endoscopic systems due to the requirements of reprocessing and image-quality procedures. Trends are already visible from expensive optical high-end endoscopes towards optimised visualisation systems that integrate endoscope and camera. Such significant changes in many minimally invasive applications continue to provide new opportunities for all system providers and require competent partners to develop new products.

System providers will ask for optimised solutions including instruments, lasers or other medical devices. For such customised solutions, medical-device manufacturers will continue to cooperate with companies that have expertise in the development and manufacture of endoscopes and camera technologies, as well as in image processing.

One strategy for manufacturers is to combine standard and private-label products. This allows them to immediately start with endoscopic products using their logo and brand without investing heavily in R&D, thereby avoiding long development times and costs. Furthermore, if manufacturers respond promptly to market feedback on first-generation products, they can start on a customised second generation of OEM products within a very short time, forging the path for significant advances in endoscopy.