Platinum offers lightweight, safe, more affordable and easier to use options for surgical matters – so it’s no wonder the product is a growth area for medical device manufacturers. Steve Larsen, senior research and development manager at Boston Scientific, and Dr Ian Menown, consultant cardiologist and director of interventional cardiology at the Craigavon Cardiac Centre, talk about the latest advances and where research will go next. 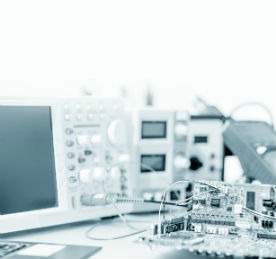 Gold, silver, platinum – no longer just metals, these are now a sign of quality and luxury that we’re all supposed to see as a sign of having ‘made it’. So important, influential, reliable and trustworthy are you deemed that you must be rewarded with such branded products. And platinum is, of course, the apex.

Now, above, we’re talking about credit cards. Hardly a sign of what one would think of as a paragon of reliability that one would want in other aspects of life, but a good way of reflecting how society values its materials – and platinum has now become the material du jour in the medical device industry for providing safe and reliable parts in new technology.

This is particularly true in cardiology. Many stents in today’s market now involve elements of platinum, a product that is still not widely used but is quickly gaining a reputation as a brilliant material to work with.

One of the recent breakthroughs that has enabled this is the use of platinum chromium, a compound that results in a more conformable stent with less recoil and higher radial strength than leading cobalt alloy stents in bench testing. But where will this lead, and what do those in the field think?

Steve Larsen is a senior research and development manager at Boston Scientific. His area of focus is in interventional cardiology, specifically, structural heart technology. Earlier in his career, he developed and patented the processes for producing the platinum-chromium alloy used in the design of coronary stents, so he knows platinum stents and what they can achieve – and why they are unique in medical devices.

“When designing the platinum-chromium coronary stents, as well as the even newer polymer-coated versions, we knew the stent platform needed to achieve a balance, such as with conformability and radial strength,” he says from Boston Scientific’s base in Minnesota.

“Platinum provides a combination of properties that can improve the strength of the stent material as well as its radiopacity,” he explains. Radiopacity is the ability for the material to absorb X-rays during imaging or fluoroscopy, which enables the clinician to see the device during a procedure. For coronary stents, having thinner struts is ideal, as it results in less metal being in contact with the vessel wall. “It’s important to have strength in order to maintain the vessel opening,” Larsen says, “thereby sustaining blood flow to the heart.”

Platinum has great uses and has already proved itself in medical devices. In addition to its radiopacity and strength attributes, there are other benefits that can be applied for use within medical device development and manufacturing.

“When processed correctly, platinum is a part of the surface chemistry of the material, thus making the surface material more resistant to corrosion and, therefore, having a benign reaction in the body – that is to say, it is more biocompatible. As it applies to coronary stenting, a thinner device is less traumatic during and after the stenting procedure, and can help eliminate later adverse events that can be common following a procedure.”

However, Larsen adds, one of the downsides of working with platinum is related to expense: the costs of the metal and those associated with the complex processes required to work with it can be prohibitive to some.
For use in stents, because the devices are relatively lightweight, the comparatively lower material cost makes it tenable.

Thinking about the heart

Platinum can be leveraged in many ways, such as in stents and pacemakers. Larsen gives an example: depending on the material’s composition, some stents appear virtually invisible under fluoroscopy. Because a physician needs to know where they are placing the stent within the anatomy, visibility under fluoroscopy is imperative.

Platinum can be used in these cases – placing a pure platinum sphere or cylinder into the stent makes it visible so that it can be placed in the correct position. These are called RO markers, and they can be used to mark both ends of the stent. Also, some devices in the market today use iridium – a close cousin of platinum that is used in coatings on pacemaker leads. These coatings have a very large surface area and aid the ability to send out electrical currents into tissue, acting like an antenna for listening to electrical signals from the heart.

The stents also offer more radial strength, which is important as this can make things safer for patients. The radial strength of the stent is defined as its resistance to being crushed after being implanted. Since vessels are elastic like a rubber band, stents need to have that element of strength in order to hold them open and remain open, or patent. If the vessel does not remain patent, the patient will not have the best outcome with regard to restoring blood flow and could potentially experience reblockage of the vessel in the future.

There are changes that occur with adding platinum to other materials used in the manufacture of stents. According to Larsen, when incorporating platinum, the process of making the metal tube had to be redesigned to include the alloy processing. “Some of these steps include melting, remelting, casting, rolling, drilling, drawing into tubes, laser cutting, etching and electropolishing. These processes are novel; when I was just beginning to work on this, the infrastructure for development did not exist and had to be created, step by step,” he says. “However, even with the steps it takes to process the alloy, I believe that most of the complications that come from working with platinum may have more to do with how to keep the material costs down rather than working with the material itself.”

One of the ways in which platinum has been used most effectively is in the form of the platinum-chromium alloy. This alloy began to be used in the mid-2000s and has since prevailed as one of the leading ways to use the product. Its flexibility and strength enables it to be far more useful in the use of cardiologic procedures than the previous iterations of metals used.

Dr Ian Menown is consultant cardiologist at the Craigavon Cardiac Centre in Northern Ireland and a lecturer at Queen’s University, Belfast. With knowledge of industry and academia, he conducted a 2010 study that looked at platinum-chromium-element stent platforms. His focus was on the evolution of the components and devices “from alloy, to design, to clinical practice”.

Menown and his fellow researchers saw the rise of platinum chromium as being a blind spot in the development of medical devices.

“Despite advances in polymer and drug technology, the underlying stent platform remains a key determinant of clinical outcome,” the study’s abstract opened. The study listed that a clear understanding of stent design and the differences between various stent platforms are important for those working in interventional cardiology, and that recent reduction in stent strut thickness has been associated with improved stent deliverability, improved procedural outcome and lower rates of subsequent restenosis.

As Menown explains, newer-generation stent designs have enabled reduced strut thickness while retaining radial strength and minimising recoil, but with significant loss of radiopacity, leading to reduced visibility. His study holds that cobalt-chromium alloys have enabled a reduction in stent strut thickness to around 80–90mm while retaining modest radiopacity but, due to higher elastic properties, have been associated with greater stent recoil.

“[The] development of a novel 33% platinum-chromium alloy with high radial strength and radiopacity has enabled the design of a new, thin-strut, flexible, easily visualised and highly trackable stent platform, the use of which is further illustrated in several clinical case descriptions,” the study continued.

Menown says of the way the alloy’s use has progressed: “We had extensive use with stainless steel and cobalt chromium, in particular. The stainless-steel stent was the classic stent of the 1990s. Then cobalt chromium became available as a secondary type of alloy, and had very good clinical data, mainly because of its ability to retain visibility while maintaining reasonable radial strength, which is important for the artery once you’ve stretched it. But it reached a limit where, if we reduced thickness much more, which is a desirable feature in itself, we lost visibility.”

Therefore, many looked at alternatives to enable improvements in all those desirable clinical characteristics.

“Platinum was something that had been discussed and used in previous devices; for example, in vascular stenting, in which there is platinum within the electrode. It provides contact and, importantly, good biocompatibility,” Menown explains.

The nature of the metal allows it to provide these compatibilities. However, Menown cautions, “The advantages are dependent on the concentration of platinum used because it’s a very active metal, so if you use too much of it, it can be quite difficult to work with. Indeed, if you have to add high concentrations of platinum to alloys, they become quite brittle.”

The stents are cut from a solid core of tube, so it can be hard to adequately determine whether the concentration of platinum is too high. Menown’s study found that 33% platinum was the maximum that could be incorporated into the alloy.

“At the time it was introduced, it was probably the most visible stent, despite the fact that it was among the thinnest available. It was a strong stent and it didn’t recoil excessively; after you put it in and removed the deployment balloon, it didn’t clamp down excessively.

“It also took curves nicely so it was less likely to straighten out arteries excessively and cause problems with side branches. Because of the flexibility, we could deliver it to difficult arteries and hard-to-access areas within coronary arteries; it was certainly a step up in terms of its deliverability or trackability through those areas,” Menown concludes.

The proof of its benefit, he says, is that even in 2017, “this alloy composition is seen to be very attractive and suitable for latest-generation stents.”

The future is metallic

Alloys such as platinum chromium are common in today’s medical devices, and their use will continue, with new elements coming in to play all the time.

“I look forward to seeing what future applications we will see with the use of platinum,” Larsen says. “A few options would be increasing the amount of the metal in alloys if improved corrosion resistance or mechanical performance is desired.”

There are many theories around whether or not platinum and its oxides are more biocompatible. As researchers study how materials interact with the body, we will continue to learn how to apply these and any other materials that will ultimately help clinicians effectively treat their patients.

“I believe that there are many exciting innovations to come with the latest developments,” Larsen says, “propelled by advancements in materials engineering, pharmaceuticals, surface science, biocompatibility and a host of adjacent disciplines.”

Scientists are discovering the numerous interrelationships between devices and the body, and these discoveries will pave the way for advances in therapies.