The popularity of custom-made medical devices has forced US federal authorities to reassess how they are defined and address the relative lack of guidance offered by regulators. Andrew Tunnicliffe looks at the current situation and asks the US Food and Drug Administration about its long-term strategy in relation to the custom-made sector. 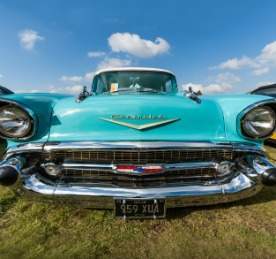 Custom-made medical devices have, in recent years, been a growing point of interest and debate within, and increasingly outside, the med-tech profession. Although they’ve been around for many years, in one guise or another, their use in today’s technologically advanced world is increasing almost by the day.

Having been used with great success, they now offer hope to individuals suffering from illnesses or disabilities that otherwise might have been untreatable just a few years ago.

This advancement will no doubt continue; perhaps, one day, the use of custom-made devices may even become the norm.

New manufacturing practices, materials, a growing understanding of human anatomy and other technical advances – in fields such as electronics and connectivity, for instance – will likely ensure these devices increasingly become the standard rather than the exception.

A team working out of the University of Michigan recently showed how important custom-made devices are likely to become for patients and those providing their care, in terms of improving the quality of life they can expect. Writing in the New England Journal of Medicine, they said they’d been able to save the life of a young child through the use of very small splint. The baby had a rare condition, tracheobronchomalacia, which meant that one of the airways in its lungs was liable to collapse when he exhaled, which was happening almost daily, even though he was receiving support from a ventilator.

Using a 3D printer and a material that would eventually be absorbed by the patient’s body (in about three years), the team produced a flexible, C-shaped splint that would move with breathing, but was strong enough to prevent it from closing up. Co-authors Glenn Green, an associate professor of otolaryngology and the patient’s doctor, and Scott Hollister, a professor of biomedical and mechanical engineering, said they believed the patient was "cured" of the condition, and that once the device was gone, "the process would be done".

This condition affects one in 2,200 babies in the US, making this development of interest to physicians across the country and no doubt around the world. Speaking to USA Today, Sidhu Gangadharan, the chief of thoracic surgery at Beth Israel Deaconess Medical Center in Boston, US, said the news was "hugely fascinating" and that it was a unique solution to a unique problem, adding that his hospital would also be investigating the possibilities offered by custom-made devices by the way of 3D printers. However, such an aim raises some interesting issues surrounding regulation and, more importantly, the actual definition of a custom-made medical device.

"New manufacturing practices, materials, a growing understanding of human anatomy and other technical advances will likely ensure that these devices increasingly become the standard."

In the case of the youngster treated by Green and Hollister, the US Food and Drug Administration (FDA) lifted some of the stringent regulations governing the manufacture of an implantable device. However, it highlighted the need for greater clarity on the issue and exposed the questions regulators such as the FDA and its international colleagues must address, and quickly.

On 19 November 2012, the agency launched a public consultation on amendments made to the FDA Safety and Innovation Act (FDASIA) and the custom-made device exemptions. A Federal Register notice (see ‘Request for comments’, right) was issued, calling for the public to share their thoughts in preparation for draft guidance on the matter later in 2013, "as the agency’s resources permit".

Speaking to Medical Device Developments, the FDA said Congress had passed the FDASIA in July 2012, and that it included changes to the legal requirements for custom-made device exemptions, essentially modifying the current legal definition of such a device. The specific reference to exemptions for custom-made devices can be found in Section 617 of FDASIA.

"The effect of these changes," it said, "was to make clear that although the custom-device exemption is intended to be very narrow, the exemption can be available for up to five units of a device a year, and can be used when a change is made to a marketed device to meet the needs of a physician, dentist or patient."

Referring to the public consultation it had launched at the end of 2012, the Agency said the Federal Register notice (77 FR 69488, 19 November 2012) requested information on the number and types of custom-made devices made in the past in order to help estimate the burden for reporting, and to understand how the custom-made-device exemption has been used by the medical device industry. The responses would "help us develop the draft guidance and eventually with writing a new regulation," it said.

In spite of the recent position adopted by the FDA, some might argue it’s a little later than it should have been. The previous year, in 2011, a report published by the American Academy of Orthopaedic Surgeons (AAOS) was highly critical of the agency for its delay in providing any such guidance, arguing that it had contributed to the pulling back by manufacturers in providing custom-made devices for use by doctors because, they said, manufacturers feared enforcement action.

"Hospitals having the ability to manufacture their own, unique devices for their patients is clearly a watershed moment for the medical device industry."

"Companies are increasingly reluctant to manufacture custom devices, in part due to the way the US FDA defines these devices, which seems to have become more restrictive over the years," said Jeanie Kennedy, manager of regulatory and government relations in the AAOS office of government relations.

"The AAOS has been contacted by several surgeons who have experienced problems in obtaining custom devices for patients. As a result, some patients are experiencing delays in treatment of several years and, in certain cases, an additional operation because of continued physical deterioration as they wait for a custom device." That situation was, clearly, not beneficial to anyone and had to change.

As already mentioned, new manufacturing practices, new materials and a better understanding of human anatomy are opening up new frontiers in medicine, but those frontiers also herald new challenges for the people tasked with overseeing the health and well-being of society. The very notion that an individual hospital could manufacture implantable devices would have been laughed at not so long ago. But that is what is happening today – and is likely to do so more frequently in years to come.

It’s the growing use of 3D printing technology that will reshape this sector in the future. Hospitals having the ability to manufacture their own, unique devices for their patients is clearly a watershed moment for the medical device industry, and the wider healthcare community. It means that regulations will need to be adapted, as is starting to happen, and innovation will likely come in new and exciting ways, offering breakthrough treatments.

But will there be a cost? Perhaps the first to feel the impact, aside from patients, will be the contract manufacturing community. If hospitals are producing their own devices, what will this mean for this small but profitable subsector of the industry? Time, we suppose, will tell.