In October 2013, researchers announced the development of a low-cost device that could help HIV sufferers by rapidly isolating blood plasma. Lead researcher Dr Changchun Liu tells Katherine Templar Lewis how the device could be used to help with point-of-care diagnostics of infected patients in developing countries. 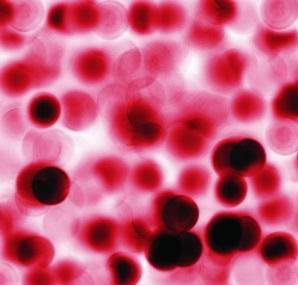 Despite concerted global efforts to control AIDS, HIV infection continues to spread relatively unabated. Reaching the targets set to reverse the pandemic has been problematic. This has been in part due to a lack of finance, accurate diagnostics equipment and technical expertise at the point of care (POC). Obstacles to accurate testing of blood plasma are often greatest in resource-poor developing countries – the very areas where the need is greatest.

At the end of last year, however, researchers announced the development of a new device that could provide a long-sought-after and practical solution.

The research team, led by Dr Changchun Liu, has developed a high-sensitivity blood plasma testing device that is compact in size, relatively simple to use and, most importantly, offers high diagnostic accuracy on relatively small volumes of plasma. The device is suitable for on-site testing in resource-poor regions of the world – where funds, trained personnel and laboratory facilities are in short supply – and in settings lacking electrical power.

Liu’s device uses a pressure gradient across a vertical membrane to separate the blood plasma so it can then be tested for infection. It is unique in that its design uses two different principles of separation.

"The device is suitable for on-site testing in resource-poor regions of the world – where funds, trained personnel and laboratory facilities are in short supply."

"Blood clogging within a membrane device can result in low membrane-separation capacity," says Liu. "The separation process itself helps to prevent this and, at the same time, is also self-terminating to prevent excessive haemolysis. It thus also further prevents the need for an extra wash of the blood, which can dilute the plasma."

"Centrifugation-based plasma separation is generally inappropriate for POC testing, and is often unavailable in resource-constrained settings due to lack of laboratory infrastructure," Liu points out. "Therefore, it cannot meet the limit-of-detection specifications for low-abundance target molecules to ensure highly reliable diagnostics."

Liu’s device sidesteps this problem, extracting a relatively large volume of plasma from a small amount of blood, without having to compromise on the reliability of the test results.

"As far as I know, there is no commercially available plasma separator capable of separating the relatively large volume of plasma (more than 100µl of plasma), which is needed to meet stringent limit-of-detection specifications for low-abundance target molecules, such as the HIV viral load test," explains Liu. "Our plasma separator shows a relatively high plasma-separation capacity and is capable of extracting a relatively large volume of plasma (275µl). It can work with the undiluted whole blood.

The next step that Liu’s team is working on is integration of the unit. Currently, HIV and other similar testing is a two-step process. The plasma, once obtained, has to be amplified by being transferred into a microfluidic chip for nucleic acid testing. This procedure requires technical expertise, which, in many areas and particularly in developing countries, is not always available. Liu’s team is looking at the integration of the separation device directly with the amplification unit, thus eliminating this need.

"As an integrated unit, it could also provide a simpler and faster tool kit for the testing of HIV or other diseases, such as hepatitis and malaria, which exist at a high incidence in many developing countries. Typically, molecular diagnosis of blood-borne infectious diseases contains blood sample preparation, nucleic acid extraction/amplification and detection."

Alongside this, Liu’s team are working on other types of diagnostic modules, including a low-cost, self-heating device for non-instrumented molecular diagnostics.

While Liu’s device shows incredible advancement in the area of diagnostics, there remains one obstacle: Liu’s device eliminates the need for centrifugation equipment and its technicians, but the procedure still requires the physical collection of several millilitres of blood at the outset of testing. This cannot be obtained with a pinprick test so necessitates the physical presence of a trained medical practitioner. Liu’s team is looking to address this problem.

"The device still requires collecting more than a millilitre of venipuncture blood rather than several-hundred microlitres of finger-prick blood, which is incompatible with on-site testing," he says. "We are exploring new technology and concepts to develop higher-efficiency plasma separator for a relatively large volume (more than 100µl) of plasma separation from several-hundred microlitres of finger or heel-prick whole blood, instead of millilitres of venipuncture blood. Finger or heel-prick blood sampling is less invasive and more convenient than venipuncture for collecting samples."

And Liu is hopeful. "Once this has been achieved, it will greatly increase the distribution possibilities."

While the device can’t currently compete with centrifugation-based equipment when available, if a pinprick test is developed, there could then also be a place for it in higher-income and developed countries.

Meeting these needs could see the distribution quickly spread to more developed countries.

The Millennium Development Goals set out by the UN in 2000 highlighted the importance of tackling the HIV pandemic, with financing especially needed in middle and low-income countries. Devices such as this one, developed to help lower POC costs, could allow more of this finance to be allocated to social engagement and programme implementation. It could also provide accurate testing to previously inaccessible areas.

However, with the recession has come a noted change in support for product innovation. Liu points out that his team has been lucky in the support they have received so far.

"Our current research is mainly supported by the National Institute of Health (NIH). The priority area of NIH support is hypothesis-driven research. At this point of our device development, we hope to get more support from industry to develop our technology and product."

And, hopefully, it will continue. The innovation and technological advances made by scientific research teams such as Liu’s are vital. The UN recently announced that it is finally within reach of many of the targets set out in its 2011 political declaration on HIV, which aimed to reverse the pandemic. Liu and his team’s work looks to play an increasingly exciting and important part in achieving this aim.