All is not well in the world of lubricious coatings, with a recent FDA safety communication pointing to a number of product recalls and adverse events caused by coating separation. Why are these failures occurring and what kind of action does the industry need to take next? Medical Device Developments explores the key areas of concern. 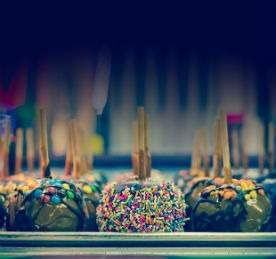 In November 2015, US FDA issued a safety communication with important implications for medical device manufacturers. Following a number of product recalls – and nine patient deaths – lubricious coatings was highlighted as a topic of concern, specifically the possibility of coating separation.

Used across many minimally invasive procedures, lubricious coatings have been a staple of the industry for several decades. Typically, they are applied to devices such as catheters, guidewires, delivery sheaths and implant-delivery systems that must wend their way through the most tortuous pathways of the human body. Without a coating, the devices would be difficult to manoeuvre, and the patient would run the risk of inflammation or injury, not to mention severe discomfort.

Lubricious coatings, in their current incarnation, are a huge advancement on what was available in the past. The first coatings, introduced in the late 1970s, were oil-based substances that were unattached to the device and tended to wear off through use. In a bid to solve that problem, other coating designers tried Teflon-like fluoropolymers, similar to those used in heavy industry. However, these made the devices permanently slippery and difficult to control.

As the technology advanced, the industry developed coatings that were not only permanently attached, and therefore unlikely to flake off,but were also easily manoeuvrableby practitioners. These were haemocompatible, meaning they could twist and turn through blood vessels without tissue damage, and, importantly, they became lubricious only in contact with bodily fluids.

In the past 20 years or so, the industry has become steadily more diversified, with specially designed coatings tailored towards a wide range of applications. Broadly, though, they can be divided into two categories: hydrophilic coatings, which interact with polar substances such as water to become lubricious; and hydrophobic coatings, which repel water and are therefore less lubricious.

There are plenty of overlaps between the two, meaning the choice is not always clear-cut for the manufacturer. However, the former is generally better at reducing friction whereas the latter is more durable. You would use a hydrophobic coating, for instance, if the device needed to be sealed to prevent water from penetrating the interior. A number of devices contain both kinds of coating in layers, or are coated only on the proximal or distal ends.

Today, the market is sizeable – and growing. According to a 2014 analysis by BCC Research, the global medical device coating market reached $6.1 billion in 2013 and is expected to surge to $9.0 billion by 2019, increasing at a compound annual growth rate of 7.3%. Millions of procedures using coated devices have been performed to date.

Unfortunately, while safety is generally good, it has not been unimpeachable. As the FDA communication makes clear, there have been a number of "serious adverse events associated with hydrophilic and/or hydrophobic coatings separating (for example, peeling, flaking, shedding, delaminating, sloughing off) from intravascular medical devices". Since the start of 2010, there have been 11 recalls associated with this problem, with the majority of them pertaining to guidewires.

"Although these devices offer patient benefits," reads the agency’s warning, "evidence indicates that the coating may separate from intravascular devices in some circumstances… The majority of the recalls were associated with guidewires, but there have also been recalls for other types of devices including sheaths, retrieval devices and embolisation device delivery wires used in the vasculature."

Worryingly, FDA has also received around 500 Medical Device Reports (MDRs) related to coating separation since January 2014. While MDRs do not, in themselves, provide incontrovertible evidence of a defective medical device – they are merely one of the post-market surveillance tools FDA uses to detect safety issues – they do point towards a relevant area of investigation.

FDA therefore delved into the medical literature to ascertain what was going on. It found that the literature confirmed the original reports: coating separation had led to serious adverse events including "pulmonary embolism, pulmonary infarction, myocardial embolism, myocardial infarction, embolic stroke, tissue necrosis and death".

There were also various injuries associated with the peeling of coatings. According to the MDRs, these included adverse tissue reactions, thrombosis and the persistence of coating fragments in patients, which required surgical intervention in some cases.

In long, complicated surgeries, some physicians have reverted to non-coated catheters as the risk of flaking, despite being small, is still too troublesome.

Sadly, in 11 cases, the patients died. Pieces of the coating became trapped in their blood vessels, which led to a heart attack or brain haemorrhage. FDA pointed out that the precise cause of death was not always easy to ascertain, as there may have been additional surgical complications or patient comorbidities. However, nine of these cases were deemed directly attributable to a failing in the coating.

What this means for medical device manufacturers is a serious question. FDA has not pinpointed any culprits in particular or any single error, meaning that its warning applies across the board. In essence, all manufacturers will need to pay close attention to their device design, manufacturing and intended use.

Healthcare providers likewise have an important role to play. After all, coating separation is not necessarily caused by poor manufacturing standards; it can also be due to tricky patient anatomy, choosing the wrong device, improper storage conditions or incorrect procedural techniques.

FDA has issued a series of recommendations for hospitals aimed at alleviating these problems. While these are, for the most part, fairly intuitive, ignoring them is liable to increase the probability of serious adverse events.

For instance, practitioners are advised to be aware of the specific function of a device as it may not be suited for use in a different part of the body. Devices should be stored – and, if applicable, preconditioned – as directed by the manufacturer, and they should be kept away from alcohol and other solvents to ensure coating integrity.

If the practitioner plans to use two devices together, they should ensure there is sufficient room between the two, particularly considering that some coatings may swell during use. Finally, caution is advised when manipulating or advancing a coated device through another device with sharp edges. And since coating degradation is not always visible to the naked eye, it’s important to replace a device if it does not perform as expected.

Of course, the situation isn’t all bad. In October, FDA released a report from the Medical Product Safety Network (MedSun) programme that showed that hospitals generally rated coated products highly. The respondents, from eight different healthcare providers, worked across cardiovascular and vascular medicine, interventional radiology and neurosurgery. All had experience with hydrophilic and hydrophobic-coated medical devices.

By and large, the respondents said that coated wires and catheters were helpful, remarking that "the hydrophilic technology makes procedures smoother and has contributed to less intravascular injury in patients".

However, when questioned about their experience with coating separation, many said they had heard cases discussed at conferences, and had seen it themselves once or twice. One neurointerventionalist mentioned that medical devices are at particular risk of fatigue during brain surgery, increasing the need for durable coatings. Other respondents pointed out that in long, complicated surgeries, some physicians have reverted to non-coated catheters as the risk of flaking, despite being small, is still too troublesome.

This would seem to indicate that, for coating manufacturers, work remains to be done. If they can design coatings that are demonstrably low risk, even during highly complex procedures, this will be to their competitive advantage.

The regulators have a task on their hands too. In October, FDA’s Center for Devices and Radiological Health (CDRH) said that it would soon investigate new methodologies for predicting medical device safety. It will be looking to explore the clinical impact of surface coatings, material corrosion and additive manufacturing, among others.

"There is a gap in the availability of tools and methodologies to assess the impact of various materials and material types on the quality, performance and safety of medical devices, particularly when trying to predict long-term clinical outcomes," stated the report.

"Methodologies and tools to more accurately predict the clinical impact of new materials and technologies… could promote the development of alternative materials, enhance predictability of non-clinical performance to represent longer-term performance and increase safety in device design."

FDA has said it will continue to work with stakeholders to develop test methodologies for coatings and identify gaps in existing device standards. It is also developing a new system to better track faulty medical devices, working with a number of institutions to collect data in real time as soon as devices hit the market. This will mean that any coating flaws will be flagged up the minute they become apparent.

For the time being, the industry is in a heightened state of caution, more alert to the potential safety risks than at any time in the recent past. While coated devices will continue to be used, saving lives in the process, manufacturers will need to be doubly sure their products are scrupulously designed and that all instructions are easy for healthcare providers to follow.

"Based on current information, FDA believes the overall benefits of these devices continue to outweigh the risks. However, healthcare providers should be aware of potential problems and consider certain actions prior to use," sums up FDA’s safety note.