With a raft of new regulation on the way from the European Union in the near future, there promises to be a number of testing years ahead for medical device manufacturers. Dr Gabriel Adusei, a medical device consultant at Triune Technologies, outlines how the industry should expect to be affected by the changes and what impact this may have on the med-tech sector. 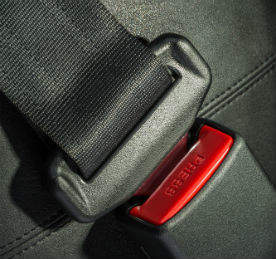 The key stakeholders are yet to agree on the details of the crucial elements of the regulations that remain subject to political debate, hence the three-way negotiations between the European Commission, Council and Parliament, the so-called ‘trilogue’. Early indications are that the changes are significant, with the industry braced to buckle the seatbelt and prepare itself as it rides through the regulatory turbulence ahead. Change is on the way. The cliché ‘Why fix what isn’t broken?’ does not augur well in an industry that is rapidly changing in the face of technological advancement.

From scandal to new standards

It is reassuring to acknowledge that the stricter regulatory developments are employed to improve health and make the use of medical technology safer. However, it is disappointing to know that such significant changes in the regulations come about, in part, as a result of scandals that hit the industry, with the regulators taking a seemingly reactive remedial approach. The overarching theme of the new legislation is a tightening up of the regulatory framework, and these rules will impose some additional burdens on medical device manufacturers and may increase time to market.

These issues notwithstanding, progress is being made with the new medical device regulations and IVD regulations proposal that provides a significantly extended scope, with even the definition of a medical device being revised. Considerations in the proposed changes may be expanded to include devices with ‘indirect medical purpose’ and devices for the purpose of ‘prediction’ of disease.

Some aspects of the proposal in its present state have maintained the original key elements, which are as follows:

As part of the revision to the IVD Directive, there was universal agreement that the classification needed to be changed and a flexible risk-based approach adopted. Canada and Australia already use forms of the International Medical Device Regulators Forum (IMDRF), formerly the Global Harmonisation Task Force (GHTF) classification, and this has therefore been used as a model for the proposed IVDR. The classification has four classes, A-D, where A is a low-risk and D a high-risk device.

Regulations, unlike directives, come directly into force and there is no need for a transposition into national law; the current draft allows a five-year transition period due to the magnitude of the changes facing the industry.

With increased regulatory requirements and expectations, the medical device experts and coordination groups that
have the mission of implementing the regulations, and that monitor the development of national policies and the enforcement of EU legislation by national authorities, expect to face challenges in striking the right balance.

The impact of the Medical Device Regulation (MDR) on the industry cuts across the board and will affect all the economic operators, who are expected, as a matter of traceability, to be able to identify: to whom they have supplied a device, any economic operator that has supplied them with a device, and any health institution or healthcare professional to whom they have supplied a device. They must have this information available for a period of at least five years after the last device covered by the Declaration of Conformity has been placed on the market. UDI will be introduced, and the importer will be responsible for ensuring that the device is assigned a UDI by the manufacturer.

These increased requirements are a substantial change, and are anticipated to subsequently increase the need for new data to support safety and efficacy. The common literature review route as outlined in MEDDEV 2.7.1, by which a manufacturer demonstrates equivalence to other products of high-risk classification, such as implantable devices and Class III devices on the market, will no longer be sufficient and will require further clinical data pertaining to the device(s) in question.

With high-risk devices, the MDR is proposing having a further clinical performance review by an expert panel to approve indications for use, contraindication and highlighting any risk that may be present, as well as limiting the device use
to a specific group of patients or end users.

With the recent publication of ISO 13485:2016, which also focuses on strengthening and tightening areas that were previously loosely written to accommodate the wider processes in the industry, more emphasis has now been placed on the application of a risk-based approach. For instance, where ISO 13485:2003 expected the organisation to think about risk during product realisation processes (clause 7), ISO 13485:2016 expects the application of risk-management methods and techniques to all quality-management system (QMS) processes, including outsourced ones. Perhaps the trilogue referred to earlier will consider aligning the forthcoming regulations with the relevant aspects of the risk-based QMS requirements of ISO 13485:2016.

Notified bodies that are designated and have permission to carry out assessments under the regulations are themselves subjected to assessment audits against the requirements. These audits, conducted either by the competent authority or by its appointed agent, will continue but with an extra tier of oversight in the form of notified-body-to-notified-body peer review. The output of such reviews is expected to ensure the transparency and adherence to the notified body’s code of conduct.

Recommendations for the regulators and the industry

The medical device sector is constantly changing thanks to the growing number of new technologies – hence the new regulations – although scandals and lapses do also prompt regulatory changes. Staying on the positive side, with growth in the industry as a result of new, safer and more efficient technology, the need for regulatory overhauls is only natural.

A number of the MedDev guidance documents will have to be rewritten in the wake of the MDR regulatory requirements. The essential requirements need to be extended to cover the risk-associated relevant aspects of the new technology applications in the med-tech sector. These may include but are not limited to: 3D printing; mobile health apps (regulated as a medical device) and those that use cloud computing; software as a medical device, with focus on vulnerabilities in relation to privacy and security; and products manufactured using non-viable human tissues or cells, or their derivatives.

The stakeholders in the development and publication of the new MDR should employ regulatory science, taking into consideration the state-of-the-art tools, standards and approaches for assessing the safety, efficacy, quality and performance of regulated products.

With increasing regulatory compliance requirements, technical files reviewers must comprise a multidisciplinary team
– scientists, engineers, statisticians, and clinicians or professionals with clinical knowledge and experience – with expertise covering the various sections of the submitted dossier, using the subject-matter experts for the required tasks.

The current regulatory requirements and the expectations from the notified bodies of the competent authorities, as well as the industry as whole, is that the bodies ought to provide expert reviewers with adequate competencies, and relevant knowledge and experience associated with the technology behind the product under review. However, such resource provision is putting the notified bodies under pressure, and it is being speculated that under-resourced notified bodies will have to merge with others or even cease to operate.

In recent years, some limited but relevant access to Eudamed for the industry has helped improve the use of information to better design and develop safer products. The approach will offer some benefits similar to the Manufacturer and User Facility Device Experience (MAUDE) database that houses medical device reports submitted to US FDA by mandatory reporters.

It is also recommended that some aspects of the recommendations proposed by the European Commission to the notified bodies need to be communicated to the industry. Although the notified bodies do not offer consulting services, they are in constant communication with their clients. For this reason, the NBOG Industrial Liaison Program was established to ensure effective dissemination of information to the industry. The trade associations and industry advocacy groups do their best to inform their members of any developments; however, there are a significant number of companies in the industry that do not have such membership to enjoy these benefits.

The changes on the way are significant and will significantly impact the industry. The expectation is that the MDR and IVDR will be more transparent and offer consistency in their implementation within the member states, providing
a well-structured and robust, yet less bureaucratic, regulatory system.