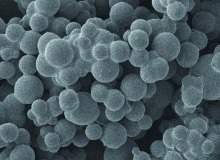 An ageing population coupled with better treatment has led to the medical device sector being one of the fastest growing in the healthcare industry; sales are expected to reach $312 billion in 2011.This thriving sector, which includes cardiovascular, orthopaedics, dental, wound care, diagnostics and minimally invasive surgical devices and techniques, has had – and will continue – to face many challenges.

Take, for example, the recall by DePuy in 2010 of its ASR XL hip implants due to debris being generated from the metal-on-metal components grinding against each other. Issues associated with this can include component loosening, malalignment, infection, pain, fracture, dislocation and metal sensitivity. In addition to this, it is well-known that small metallic particles can enter a patient’s bloodstream and other organs, potentially causing health problems. Since the first metallic hip replacement surgery was performed in the 1940s, one would expect technology to be well advanced. It is, however, far from mature and incidents associated with medical devices show no sign of declining.

The question is, why, after 70 years of development, can we still not guarantee the satisfactory performance of medical devices? The answer lies with materials – almost all incidents can be related back to materials or to their design.

Let’s first examine the issue of biocompatibility. The human body rejects metallic and synthetic polymeric materials (organic-based materials) because living tissues are not composed of such materials. Simply put, the body treats them as ‘foreign’ and forms scar tissue around them – hence the material is not compatible with the body. In general, metals and synthetic polymers are not biocompatible. One problem associated with a metal-on-metal hip implant, for example, is the non-biocompatibility of metal debris, which can result in blackened regions of weakened bone and areas of metal-contaminated tissue.

"The human body rejects metallic and synthetic polymeric materials. The answer may lie with ceramics and bioglasses, which seem to offer distinct advantages over metals and polymers in terms of biocompatibility."

Metals and polymers have been used in medical devices for some time, and while they have certainly made a worthy contribution to their development, there have been, as discussed, a number of problems. So what is the alternative? The answer may lie with ceramics and bioglasses, which seem to offer distinct advantages over metals and polymers in terms of biocompatibility.

The first generation of Bioglass was developed by Larry Hench in 1969 and the first ceramic artificial joints were produced in the 1970s. Bioceramics and bioglasses are basically inorganic ceramic with either a crystalline, partly crystalline or amorphous structure.

In terms of biocompatibility, implants that were made from them were very successful in the first clinical studies that were carried out, and to date there are virtually no reports of bioglasses or bioceramics presenting biocompatibility issues. One possible reason for this is because ceramic was the first material man changed the chemical, physical and mechanical properties of, and this, coupled with the fact it has been used for perhaps in excess of 5,000 years, has made it acceptable to, and hence biocompatible with, the human body.

Even with such a good record of biocompatibility, it took until 1985 – 16 years – for Bioglass to be approved by regulatory bodies for use in an implant device. Furthermore, it took until 2003 for the first FDA-approved ceramic-on-ceramic hip implant to appear on the market. Both metal and polymer implants took much less time (no more than a few years) to be approved by regulatory bodies.

This is perhaps down to the preconceived concept that both ceramic and glass are brittle and fragile, and therefore cannot be used in the manufacture of medical devices – and, in particular, load-bearing devices. But this idea is now outdated; new materials technology can make ceramics and glass not only stronger but tougher too. Indeed, mechanical properties can be designed and tailor-made with a range of properties to suit different medical device needs – they can be made as soft as rubber tissue or as strong as hard bone.

One way in which brittle ceramics can be strengthened is by using a new technology whereby one ceramic toughens another.
The results of this can be seen clearly in figure 1, which shows that fracture toughness has increased considerably. The significance of this increase is illustrated in figure 2. For example, for a given maximum defect size of 0.1mm in a ceramic device, the critical fracture stress would be 211MPa and t364MPa for a given fracture toughness (KIC) of 3.74MPa.m1/2 before toughening and 6.45MPa.m1/2 afterwards. This means the device would suffer catastrophic failure under stress above 211MPa for the non-toughened ceramic. The toughened one, however, would not fail until the stress approached 364MPa, showing far more tolerance to defects than the control.

By eliminating material defects, both in theory and in practice, it is possible to make a bioceramic medical device that is extremely resistant to failure (for example, failure stress well above 2,000MPa). To achieve such a high performance it is necessary to reduce all possible defect sizes to sub-micrometer scales.

Current ceramic materials technology has not achieved such defect limits yet. Figure 3 is a microscopy of alumina (dark phases) and zirconia (bright phases). The ‘grain’ boundaries, which actually define the particle sizes of the raw materials, can be clearly seen. By eliminating the grain boundaries and/or by reducing the grain sizes down to sub-micrometer or even nanometres, high-performance ceramic medical devices can be made with a much better and improved performance than current products.

This is particularly important for devices that are under high mechanical and fatigue stress and high thermal shock stress, such as ceramic dielectric ceramic devices that store large amounts of energy (electrical charge) in a very small volume and for a very short time.

New materials technology has made it possible for bioceramics to have different microstructures and, therefore, different functionalities. Figure 4 shows two examples of newly developed porous ceramic. The pore sizes can be designed and made in a range from 4nm to 10µm.

"These pores have great potential to make a ceramic with enhanced functionality that performs in a variety of different ways."

These pores have great potential to make a ceramic with enhanced functionality that performs in a variety of different ways. For example, in combination with biodegradable materials and/or water-soluble bioglass, the pores provide spaces where new bone can grow in a controlled manner with the aid of controlled-release technology (CRT) and with enhanced bioactivity.

Bioceramics and bioglasses can also be used for controlled release technology (CRT) applications, something Ceram is currently developing. Many industries require controlled release of an active ingredient from a formulation. ‘Control’ can take many forms: linear release over time, no release then release after a fixed time, fast release then slower release. etc. Rather than relying on solubility alone, which can lead to a sudden burst of active ingredient that either delivers short-term benefits only or leads to complications associated with overdosing, a new range of tailored inorganic solutions for drug CRT has been developed. Figure 5 shows both the model and the materials made for CRT.

Ceramic hybrid composites are also coming to the fore in the development of medical materials. These can be combinations of inorganic bioceramics or of bioglasses with thermal polymers and thermal setting resins. These combinations allow biomaterials that range from very soft to very hard, and from bio inert to bioactive, to be developed.

This is particularly important for future development – a biomaterial can be designed according to both the body’s functional requirements and to manufacturing demands. Ceramic materials technology is an exciting area of development for the medical devices industry. Biocompatibility, combined with increased toughness and strength, can only help to make devices less prone to failure and better able to perform in more demanding applications and functions.