Developments in microelectronics have heralded new advances in minimally invasive surgery, with chip-on-the-tip endoscopes dramatically improving image transmission. Unfortunately, images have tended to lose focus when zooming in on the details. Birgit Bauer, business development manager – healthcare sales at Physik Instrumente, explains how miniaturised precision drives can resolve this problem in the latest generation of endoscopes. 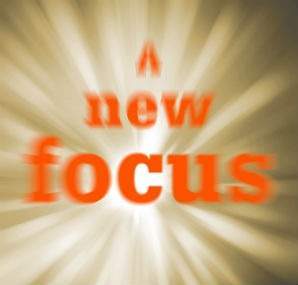 Previously, chip-on-the-tip endoscopes used fixed-focus optics, which are able to provide optimum display at only one object distance – if the object is at a different distance, the image loses focus. By integrating a miniature drive, however, it could become possible to achieve variable focusing so that the object can always be displayed optimally in sharp focus.

Modern medical technology aims to cause patients as little discomfort as possible during their therapies. Endoscopes that allow minimally invasive surgery (MIS) provide an important contribution, such as in laparoscopy, which nowadays requires only two to three small incisions to be made instead of the one long cut used in other procedures like open abdominal surgery. Optics and special instruments (such as scissors, hooks, grasping forceps and ultrasound scissors) are then introduced into the abdominal cavity through instruments called working trocars.

Following surgery, the patient experiences less post-operative pain and can be discharged from hospital earlier due to the faster healing process. The risk of wound infections or wound-healing disorders is minimised. The method also enables the treatment of patients for whom open surgery may be too great a risk due to poor general health.

Traditional endoscope technology has become established and reached a high degree of sophistication, but the progress made in improving image transmission was rather modest.

The relatively new field of microelectronics has, however, opened up new and interesting perspectives that years ago were unthinkable. One example is the integration of the image sensor onto the endoscope tip. The advantages of this method are the razor-sharp image quality, the fact that susceptibility to mechanical stress is now a thing of the past and the simplified direct image transmission.

In traditional endoscope technology, it was possible to attach a zoom or focus lens between the eyepiece and camera, if necessary. This allowed the focus to be set to different object distances and the image to be optically enlarged. Both operations were done manually but turned out to be very helpful in laparoscopy in particular.

In contrast, the digital zoom function in chip-on-the-tip endoscope technology only allows a detail to be enlarged, which is always accompanied by a loss in quality.

The high-resolution CCD or CMOS chips, whatever their resolution, cannot solve this problem either, since the amount of light available to the optics will always be limited.

This is why, in the absence of this focus function, a compromise must be found between depth of focus and image brightness; it is a compromise that many users dislike.

However, this type of compromise could soon be a thing of the past, because the actuators required for optical focus and zoom functions in chip-on-the-tip endoscopes could, in principle, also be installed between the optics and the image-processing chip (see image, below), although, with diameters of no more than 10mm, the potential installation space is very small. It seems to be difficult, but not impossible, to find the right drives for the focus and zoom lenses.

Small piezo motors and voice-coil drives could open up a new area of application in this field, and this is where companies such as Physik Instrumente (PI) from Karlsruhe, Germany, come into play.

PI, which has been known as a specialist for small, mostly piezo-based precision drives for decades, also has miniaturised linear direct drives in its product range. These drives offer a solid base for use in modern microscopes.

Interesting approaches are provided, for example, by piezo ultrasound drives. Direct drives, which are available in different designs, do without the mechanical components of traditional motor-spindle drive systems, such as the clutch or gearhead, in favour of costs and reliability.

Independently of the design, the functional principle is always the same: the oscillations of a piezoceramic actuator at ultrasonic frequencies are converted along a moving rod into linear motion, thereby driving the moving part of a mechanical structure, on which the lens is mounted.

Overall, this gives a uniform motion of theoretically unlimited travel range. The result is lightweight drives that are suitable for travel speeds of up to around 100mm/s and that work uncontrolled at a motion resolution of approximately 100nm.

Thanks to their small dimensions and their favourable cost:performance ratio, piezo-based inertia drives are likewise ideally suitable for use with endoscopes. They use the ‘stick-slip effect’ for achieving unlimited travel ranges and have a resolution of a few nanometres.

Due to the stick-slip effect, the piezoelectric actuator expands slowly, taking the moving rod along with it. The actuator then contracts so rapidly that the moving rod cannot follow due to its inertia and thus remains in the same position. The electric control is easy and similar to a saw-tooth voltage.

Last but not least, in order to implement an optical focus-and-zoom function, magnetic drive solutions are also possible, such as the voice-coil drives of the PIMag series. These linear drives, also referred to as moving-coil actuators, work by the same principle as loudspeakers.

Since these drives can be manufactured in extremely small sizes, they are also highly suitable for the travel ranges of a few millimetres to a few centimetres that are required by endoscopes.

Given the different drive options, it will be interesting to see which will contribute to better image quality and depth of focus in the next generation of chip-on-the-tip endoscopes.