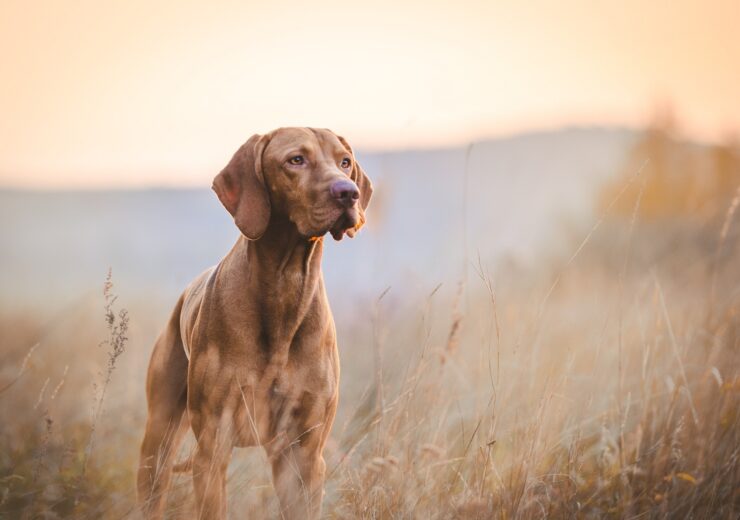 Hip dysplasia can occur in human patients, but is more prevalent among dogs and cats (Credit: TMArt/Shutterstock)

From internal fixations of bone fractures and total hip replacements for hip dysplasia, to ruptured cruciate ligament treatments, the vast majority of today’s orthopaedic products are approved for use in humans long before they can be applied in veterinary medicine.

While some global companies do specialise in veterinary orthopaedic implants and animal surgery, most of the devices used in this space have passed through stringent, human-centric regulations first.

German speciality chemicals firm Evonik is looking to buck this trend, however.

Experts from the company believe high-performance materials that have successfully been used in treating hip dysplasia in dogs and cats – like its own VESTAKEEP PEEK (polyetheretherketone) polymer – could find their way into human medicine in the future.

Its trademarked biomaterial is already the basis for Swiss veterinary orthopaedic firm KYON’s innovative hip prosthesis, which helps to relieve pain in animals with this debilitating condition – and Evonik is now working to transfer this potential to patients with two legs, rather than four.

Guy C Spörri, CEO of KYON, says: “The weight of a dog is between three and 70kg, depending on the breed, and this is significantly lower than the average weight of a human.

“Furthermore, if you look at movement cycles, our prostheses are subjected to much more stress than those used in human medicine – the number of annual movement cycles in dogs and cats is ten times higher than in humans.

“We offer our hip prostheses in different sizes, since size is a relevant requirement for pets and, from the KYON perspective, we can therefore build on the in-depth knowledge in size-scaling of our technology.

“Currently, we are even developing a small hip prosthesis model that is especially interesting for markets like Japan or big cities, where small and toy breed dogs are common.”

Hip dysplasia is a skeletal condition that can be experienced by human patients, but is much more common in dogs, and – to a lesser extent – cats.

In hip dysplasia, the ‘ball and socket’ that form the hip joint do not fit together or develop properly, and they can rub and grind against one another instead of sliding smoothly.

Over time, this results in deterioration and can lead to pain, stiffness and, eventually, loss of function in the joint itself.

At the heart of this technology is a ‘friction partner’, or inlay, made from Evonik’s VESTAKEEP PEEK biomaterial, which helps to prevent the implant from deteriorating over time.

“Unpublished data suggests that linear wear is reduced by a factor of seven with ceramic on PEEK when compared to conventional pairing, which is why we have based our latest generation of hip prostheses on this material combination.”

And, alongside its proven uses in human patients, KYON claims its PEEK-based prosthesis has been used in a total 6,000 successful hip replacement procedures in dogs – without a single revision due to inlay wear – over the past few years.

Applying this innovation to human patients

One of the main, long-standing challenges associated with veterinary hip prosthesis is friction between the head – a metal or ceramic ball at the top of the artificial femur – and the cup – which is implanted in place of the patient’s hip socket.

Across the millions of movement cycles an active dog or cat will make every year, this frictional stress impedes the prosthetic’s function, and can lead to it requiring expensive, inconvenient revision procedures further down the line.

However, the volume of successful procedures KYON has conducted without the need for these revisions suggests that its prosthesis – and PEEK biomaterial-based implants in general – boast a lengthy lifespan, and can therefore provide more long-term pain relief for animals.

And, just as promisingly, when it comes to materials used and functional requirements, human hip joint prostheses barely differ from those used in veterinary orthopaedics – with friction between the ball and the cup being a “primary weak point” in today’s technologies for human hip replacement too.

This means there is every chance PEEK biomaterials like the one KYON has relied upon to treat thousands of animals could be the next step in human hip prosthesis, and Evonik is currently collaborating with medical experts from Massachusetts General Hospital (MGH) in Boston – which has a globally-recognised centre for knee and hip replacement – to explore these possibilities further.

Marc Knebel, head of the medical systems market segment at Evonik, says: “Supported by the knowledge gained from our collaboration with KYON and our many years of materials expertise in polymer design, we are examining the use of VESTAKEEP in human joint prostheses to bring about a significant improvement for the patient.

“Our tribological PEEK biomaterial could make a decisive difference in the future and extend the life of a hip prosthesis fourfold – thus improving the quality of life for patients.”

Bridging the gap between veterinary orthopaedics and human medicine

Although studies into these possibilities are ongoing – and at a relatively early stage right now – KYON and Evonik are seemingly in agreement on the potential PEEK biomaterials like VESTAKEEP hold.

“The hip prosthesis system developed and marketed by KYON is a sixth-generation technology,” says Spörri.

“More than 20 years of experience and external expertise have resulted in the innovation, and our cementless, PEEK-based system is probably the best on the market today – even in direct comparison to human hip prostheses.”

“We have to provide sufficient evidence of this added value – with the extension of the service life of a hip prosthesis and, thus, a significant reduction in revision procedures – in order to win partners for further development steps.

“For this reason, we are cooperating with the Center for Knee and Hip Replacement at Massachusetts General Hospital in Boston.”

If the breakthrough is successful, the two companies believe a new level of quality in the treatment of hip arthrosis could be attained in human medicine – and, considering there were estimated to have been more than 300 million cases of hip and knee osteoarthritis worldwide in 2017, this would mark “a significant medical achievement”.