The global insulin delivery devices market is set to be worth $10.8 billion by 2016, reports GlobalData. This growth is driven by an increase in the incidence of diabetes worldwide and ongoing investment in new technologies that serve niche patient groups. 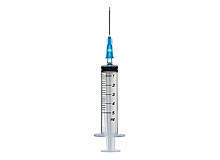 According to GlobalData’s new report, ‘Insulin delivery devices – global pipeline analysis, opportunity assessment and market forecasts to 2016’, the global insulin delivery devices market is expected to grow at a compound annual growth rate (CAGR) of 6.8% between 2009 and 2016, reaching $10.8 billion in 2016.

An increasing diabetic population is the major driver of the insulin delivery devices market and is expected to power the diabetes care devices market in the future.

Diabetic patients are either unable to produce adequate amounts of insulin, known as type 1 diabetes, or cannot utilise insulin properly, which is known as type 2 diabetes. The majority of patients (90-95%) diagnosed with diabetes fall into the second category.

Type 2 diabetes is generally identified after 45 years of age, and is also known as non-insulin dependent diabetes.

According to the International Diabetes Federation, the global incidence of diabetes among adults aged 20-79 years old was 6.6% in 2010, and will increase to 7.8% by 2030. About 220 million people worldwide have diabetes, and this figure will reach 336 million by 2030. Market opportunities are greatest in emerging countries, as 80% of all new cases of diabetes are expected to be reported in these countries by 2025.

Also, the incidence of childhood onset type 1 diabetes in the under-15 age group is increasing in many countries in the world. Annually, about 76,000 children aged below 15 years old develop type 1 diabetes worldwide. This large and growing number of insulin-dependent diabetes patients – especially in the US, Western Europe and Japan – has resulted in an increasing demand for insulin.

This type 1 diabetic population serves as the major patient pool for insulin delivery devices and increases in sales of insulin are leading to higher demand for the devices. In addition, increasing demand for non-invasive devices is leading to the development of new technologies, which in turn will increase patient adoption of newer solutions.

The global insulin pumps market was valued at $500m in 2009, and is forecast to reach $1bn in 2016 at a CAGR of 9.7% from 2009 to 2016. The advantages offered by insulin pumps, such as tighter control of glucose and a reduced risk of hypoglycaemia for niche patient groups (most notably, children and pregnant women), have resulted in the rapid adoption of insulin pumps over the past few years.

Also, advances in technology, such as the emergence of an artificial pancreas and an insulin and glucagon delivery system, are expected to drive patient adoption of insulin pumps. The artificial pancreas, or closed loop system, mimics the function of a normal pancreas, and thus provides tighter glucose control. The presence of an algorithm and glucose sensor enables the delivery of continuous and accurate doses of insulin through the closed loop system, which is expected to help type 1 diabetic patients manage glucose control more efficiently.

Insulin pumps are favoured by pregnant women as they provide tighter diabetes control and lower the number of hypoglycaemic episodes. The most significant advantage of pump therapy in pregnant women is its ability to deliver minute doses of insulin and to provide basal insulin on an hourly basis.

The artificial pancreas is expected to enable patients to regulate their blood glucose in much the same way as a non-diabetic’s pancreas does. A mathematical algorithm is applied to the artificial pancreas or closed-loop system, which continuously monitors glucose levels and automatically delivers insulin to patients.

"Technological advances have made insulin delivery devices less painful and invasive, and easier to use. Quality of life is a significant factor in determining a patient’s choice of device."

MEMS (Micro-Electro-Mechanical Systems) technology, in conjunction with the insulin delivery device, helps control insulin delivery from the pump at a nanolitre level, which is similar to the physiological delivery of insulin. Transdermal insulin delivery is a non-invasive, less painful method, providing precise control of the dosage and delivery time by regulating the depth of penetration.

These devices, with the application of new technologies, are expected to be more efficacious, smaller in size and reduce errors compared to currently marketed products. They are expected to provide tighter control of glucose levels without any incidence of hypoglycaemia and help to improve diabetes patients’ quality of life.

As patients, especially in the developed economies, become increasingly aware of the latest technological developments, this in turn will drive the acceptance and market penetration of products currently in the pipeline. These technological advances are expected to drive demand in the insulin delivery devices market.

Advances in insulin delivery devices have made them less painful and invasive. Quality of life is a significant factor in determining a patient’s choice of insulin delivery device. Insulin syringes require vials and the mixing of fast-acting and slow-acting insulin in the correct ratio, which is potentially troublesome for patients who are old or visually impaired. Insulin syringes are also associated with pain at the site of injection, usually the lower abdomen.

This has led to a greater use of insulin pens and the development of other devices for use by patients who lack manual dexterity or have visual problems. Some current devices come with new features such as large displays, meal time reminders and display charts, all designed to help patients manage their diabetes effectively.

The global insulin delivery devices market was dominated by Novo Nordisk with 18%, followed by Eli Lilly and Company with a 16% market share. These top three players accounted for 47% of the total market value in 2009.

Novo Nordisk is the market leader in the insulin pens market with Flexpen and Novopen as their major products. Eli Lilly and Company is the second biggest player with the Humalog pen and Humulin pen as their major revenue generators.

Speed and frequency may be ‘more important’ than high sensitivity in Covid-19 testing, study shows