To protect and serve

More than half of healthcare-associated infections are device-related, and recent data suggests that many of these infections are related to biofilm development on foreign materials. Prevention is better than cure, and antimicrobial and antiseptic coatings are effective safeguards. Dr William Robert Jarvis, president of Jason and Jarvis Associates, tells Elly Earls about the latest advances in coating technology and regulations. 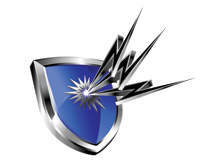 According to the Multidisciplinary Alliance against Device-Related Infection (MADRI), infection is the most serious complication associated with medical devices, and at least half of healthcare-associated infections (HAIs) are device-related.

There are several types of HAI – including surgical site infections, ventilator-associated pneumonia and catheter-related bloodstream infections (CR-BSIs) – and the figures related to just one of these categories of infection clearly demonstrates the scale of the problem: up to 171 people die each day in the US alone from CR-BSIs and according to the Centers for Disease Control and Prevention (CDC), it costs between $34,500 and $56,000 on average to treat one CR-BSI.

So how are these costly, life-threatening infections caused? Bacteria have a natural ability to attach themselves to surfaces, both natural and synthetic. But unlike the human body, medical device materials do not have an immune system to fight off pathogens.

As a result, once attached to the surface of medical devices, bacteria are able to work cooperatively to form biofilms, thin layers of exopolysaccharide with embedded bacterial colonies, which inherently resist antimicrobials and immune defences and therefore enhance the risk of infection.

An estimated two million HAIs occur in the US annually, accounting for about 100,000 deaths, but scientists still have limited understanding of how communities of micro-organisms develop at the molecular level.

"We should do everything we can to prevent as many of the preventable HAIs as possible. The estimate of what percentage of HAIs are preventable has also increased markedly."

One study carried out at the National Institutes of Health’s National Institute of Allergy and Infectious Diseases (NIAID) has identified a specific Staphylococcus epidermidis protein called phenol-soluble modulin beta (PSM-beta) that biofilms use for multiple purposes such as growing, detaching from an implanted medical device and disseminating. Antibodies against PSM-beta slowed bacterial spread within the study mice, suggesting that interfering with biofilm development could provide a way to stop the spread of biofilm-associated infections.  While this research could prove instrumental in the treatment of device-related HAIs in the future, it is very much in its infancy, and the focus now is firmly on prevention. According to William Robert Jarvis, MD, president of Jason and Jarvis Associates and a world-renowned expert on infectious disease and infection control, the philosophy emerging in both western Europe and North America is one of zero tolerance for preventable HAIs.

"Country by country, there have been different focuses – in North America, we’ve seen a focus on central-line associated bloodstream infections and surgical site infection, whereas in western Europe the emphasis has been on methicillin-resistant Staphylococcus aureus (MRSA), bloodstream infections and Clostridium difficile, with a particular focus on intravascular-related infections in the UK," he says. "But I think they’re all coalescing towards an attitude that we should do everything we can to prevent as many of the preventable HAIs as possible. The estimate of what percentage of HAIs are preventable has also increased markedly."

Recently released Federal Guidelines clearly support the emphasis on prevention rather than cure, particularly in the form of antimicrobial coatings. "A good example of this is the draft CDC IV guideline, which came out in November 2010," says Jarvis. "It makes the specific recommendation for the use of antiseptic- or antimicrobial-impregnated catheters in patients that are having intravascular catheterisation for more than five days.

Impregnating either the internal or external surface of devices, including intravascular and urinary catheters, with antimicrobial or antiseptic coatings prevents the attachment of micro-organisms to the device, theoretically reducing the risk of biofilm development.

While silver is the most high-profile antimicrobial coating currently in use, for Jarvis it is just one of a list of three key agents that also includes Chlorhexidine and Minocycline/Rifampin. "With urinary catheters, it’s primarily silver, but at least one company also has one of these devices impregnated with Minocycline/Rifampin," he says. "Endotracheal tubes have so far been primarily silver too. Needleless connectors are either impregnated with silver or silver and Chlorhexidine." The three agents differ both in terms of their spectrum of antimicrobial activity and the duration of that activity.

Silver fights microbes in three ways: it suffocates the membrane transport process, prevents cell multiplication and interrupts cell metabolism. It has also been proven in vitro to be effective against a wide variety of pathogens causing HAIs, among them Staphylococcus aureus, Pseudomonas aeruginosa and Escherichia coli.

In one study, researchers analysed Staphylococcus epidermidis colonisation on standard central venous catheters (CVCs) versus CVCs with the AgION (silver-treated) antimicrobial system that had been inserted into patients during kidney transplant procedures. In the first group, 24 out of 41 CVCs (58.5%) showed bacterial growth, whereas in the group treated with the AgION antimicrobial system only one catheter (6.6%) had a biofilm. The conclusion reached was that the continuous release of silver ions increases the protection against bacteria and fungi during the entire time of catheterisation.

But silver is not always the most effective antimicrobial coating; indeed, Jarvis notes that Chlorhexidine has a broader antimicrobial spectrum than silver: "It has good activity against Coagulase-negative staphylococci, Staphylococcus aureus, Vancomycin-resistant enterococccus or Vancomycin-susceptible enterococcus, among other bacteria. Its activity against Pseudomonas spp., however, is not as good."

With both intravascular and urinary catheters, antimicrobial rather than antiseptic coatings have been tried. The combination of two agents has the advantage that both have different mechanisms of action, requiring bacteria to develop resistance to both antibiotics in order to make the combination ineffective. Minocycline inhibits protein synthesis, while Rifampin inhibits DNA-dependent RNA polymerase. The combination of silver and Chlorhexidine on intravascular and one needleless connector has similar advantages.

While hospitals are certainly catching on to the effectiveness of antimicrobial and antiseptic coatings in preventing device-related infections, there is still room for improvement. Jarvis is keen to emphasise that data already exists demonstrating the value of many of these technologies: "Clinicians, product committees and infection-control personnel should review the published evidence when considering introducing any antiseptic or antimicrobial impregnated medical device or dressing."

But with hospitals so focused on cost, they are often missing out on using the most effective antimicrobial or antispetic-impregnated devices, choosing the cheapest option, rather than the device with the most evidence to support its efficacy. This has also proven problematic for the medical device manufacturers that have conducted the product development and initial scientific studies, but aren’t able to reap the rewards.

"The barrier to getting a device implemented in a hospital is often cited as ‘show me the data’, but in reality, the main barrier is cost," says Jarvis. "People are often willing to try a product that has absolutely no data but is cheaper, rather than a more expensive one that has data to show that it works. I think that in the infection-control community, we should certainly be demanding that evidence base from peer-reviewed publications should be used for making our medical decisions."

"I’d like to see a coordinated, harmonised process between western Europe and North America so evidence-based, proven medical devices can move more rapidly into the marketplace."

While this is a difficult area to regulate, one thing is certain: recommendations across the globe must be evidence-based. Jarvis urges that they should not be hesitant at all about naming the product. If any guideline – be it an organisational or government-level recommendation – is strictly based on the data, it can be defended. This isn’t the only regulatory issue that Jarvis is keen to highlight.

"As I go around the world, there is differential penetration of different countries with different types of devices," he says. "And this is another challenge medical device manufacturers have to deal with: they often have to go almost country-by-country to get approval for their device."

In western Europe, pharmaceuticals are approved at EU level through the European Medicines Agency (EMA), but there is no equivalent umbrella organisation for medical devices. For Jarvis, the ideal would be harmonising North America and western Europe to create a seamless approval process.

"Take Chlorhexidine for skin preparation and hand hygiene; it was used for 10-15 years in Europe before it was approved to be used in the United States, even though the data was there," he says. "I’d like to see a coordinated, harmonised process between western Europe and North America so evidence-based, proven medical devices can move more rapidly into the marketplace."

Looking to the future, there are several factors that both hospitals and manufacturers need to consider. Firstly, awareness must be raised in hospitals about the effectiveness of antimicrobial- or antiseptic-impregnated devices as a means of preventing HAIs and avoiding the costs associated with these infections. Secondly, the approval process needs to improve to ensure that hospitals are getting the most up-to-date technology more rapidly. Thirdly, national infection control guidelines should be evidence-based and not fear recommending specific manufacturer’s products that are proven as effective through well-designed peer-reviewed published clinical trials (rather than generic recommendations that then include other products for which there is no data documenting efficacy). And finally, it is essential that antimicrobial or antiseptic-impregnated devices are selected on merit, rather than on cost. As Jarvis looks even further ahead, he predicts increased use of antimicrobial or antiseptic impregnation: "Whether it be Chlorhexidine, Minocycline/Rifampin, silver or even new agents, this technology will be expanded to more and more medical devices."