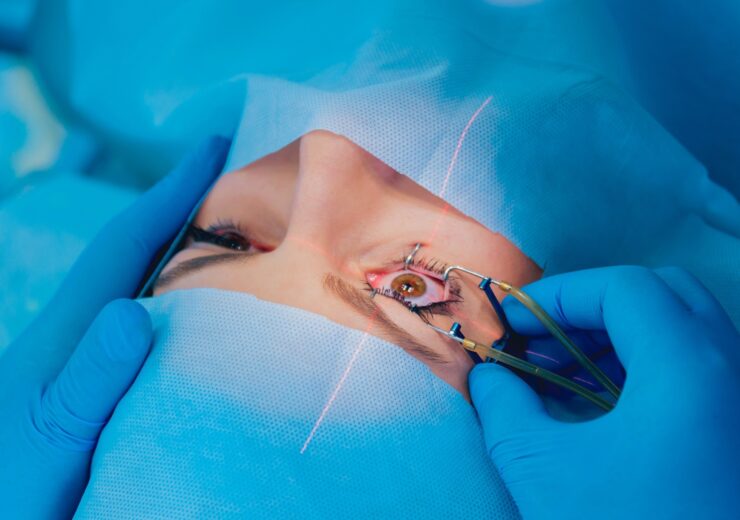 While the principle behind femtosecond lasers was established in the 1980s, it wasn’t until the following decade that researchers began to fully explore the real-world medical applications of this technology.

In 1993, Dr Ronald Kurtz of the University of Michigan investigated the possibility of using these lasers, which generate ultrashort pulses of light at regular intervals, for extremely precise material processing.

The first area he looked into was eye surgery, and this led to IntraLase – now one of the world’s most recognisable femtosecond laser brands under the ownership of American healthcare giant Abbott – being founded just four years later.

Fast-forward more than two decades and femtosecond lasers, often simply referred to as ‘femto lasers’, have a range of established uses in the healthcare industry – not only in ophthalmology but in the manufacturing processes behind some medical devices too.

We take a look at how this ultrafast laser technology works, the applications it has already proven to hold in the medical sector, and some new frontiers femto lasers may also help the industry break into in the future.

What are femtosecond lasers?

To explain exactly how femto lasers work, and why they can be so useful, it’s helpful to look first at some more well-established laser technologies.

The continuous wave (CW) laser has been around since 1960 and, as its name suggests, it emits a continuous beam of light with a controlled level of heat output.

CW lasers themselves have many applications in the healthcare sector – for example, in tumour ablation, breaking down kidney stones and dentistry.

However, advancements in laser technology over the years have given birth to pulsed lasers, which emit short ‘pulses’ of light at regular intervals, rather than continuously.

And, to give some extra context to just how brief these pulses of light are, there are roughly the same number of femtoseconds in a single second as there are seconds in 31.71 million years.

Current applications in the medical industry

One of the key real-world benefits provided by these ultrashort pulses of light is the fact that they can generate huge amounts of peak power, in watts (W), while also massively reducing the heat produced during this process – leading to the term ‘cold ablation’ often being used to describe its activity.

Because they produce lower levels of heat compared to other laser types, femto lasers are already being deployed in ophthalmic procedures, such as laser eye or ‘refractive’ surgery, corneal surgery, and operations to remove cataracts from the eye.

This is because minimal heat is especially important when operating on sensitive areas like the eye, in order to prevent damage to the surrounding tissue.

As Dr Holger Lubatschowski writes in medical publication CRST Europe, “ophthalmic femtosecond lasers promote safe surgery and fast healing times because they can process tissue, and other materials, within a 3D volume without altering its surface”.

He also states that the “extremely high precision and low side effects resulting from the low energy level” used by femto lasers has opened up numerous further applications in the medical industry – from producing images of the eye without the need for scanning mirrors or lenses, to higher processing speeds that reduce treatment time frames.

Alongside its flagship uses in ophthalmology, the ultrashort pulses of light and minimal heat levels associated with femto lasers also mean they’re able to cut materials more precisely, and on an even smaller scale, than nanosecond and picosecond lasers.

This capability has led to femto lasers being deployed in manufacturing stents – which are inserted into arteries or veins to improve blood flow – as well as other small, implantable medical devices that need to have very precise, exact dimensions, such as intraocular lenses and prosthetics.

“As these devices continue to increase in complexity with shrinking feature sizes and tolerances, novel geometries and surface texturing, and new bio-absorbable materials, the use of femtosecond lasers becomes increasingly necessary.”

While femto lasers have already been used in a range of ophthalmic procedures, there are some areas researchers and companies are still investigating today.

In particular, femto laser-based surgeries concerning the posterior segment at the back of the human eye – consisting of the vitreous humor, retina, choroid, and optic nerve – are believed to be possible in theory, but have not yet been commercialised.

In an article published in early-2020 on clinical database Ento Key, Dr Dilraj Singh Grewal – an ophthalmology professor at Duke University School of Medicine – writes that retinal surgery is one of the treatment types that could benefit from femto laser technology.

“While the precision of femtosecond lasers has revolutionised the fields of cataract and refractive surgery, their use in the posterior segment is still at a very nascent stage,” he adds.

This is mainly due to the fact that tissue treated with a femto laser needs to be both avascular and transparent, and the heat levels it produces also need to be low enough to not cause any collateral damage to other parts of the eye along the laser beam’s path.

If this can be achieved in the future, however, Dr Grewal believes femto laser treatments “have the potential to provide more precision and reproducibility than conventional manual surgery” when it comes to operating on the retina.

Femtosecond laser-assisted glaucoma surgery is another area that has plenty of promise, but has not yet been fully realised.

It’s thought the potential benefits femto lasers hold in this area are similar to those it has already exhibited in cataract surgery – greater precision, a decrease in operating times, and perhaps some economic benefits for the medical practices using them as well.

It is currently less clear what advancements femto lasers could yet enable when it comes to manufacturing, material processing and micromachining – they are already capable of cutting a range of materials including metals, semiconductors, ceramics, polymers, biomaterials and even glass with high levels of quality, precision and control.

Future progress may therefore be more along the lines of optimising these processes even further.

In his 2019 article for Industrial Laser Solutions, Rajesh Patel states: “Continued advances in ultrashort pulse fibre lasers will pay close attention to not only common attributes like average power, pulse energy, and beam quality, but also to more nuanced aspects such as beam-pointing stability.”

Meanwhile, in an online report for scientific journal Nanophotonics, Dr Koji Sugioka – a senior research scientist at the RIKEN Center for Advanced Photonics – says that there is still an “urgent demand” for the development of powerful, stable and reliable ultrafast laser systems that are also reasonably priced.

Dr Sugioka adds that ultrashort pulse lasers have the unique potential to be used in synthesising new materials in the future because they can generate extremely high temperatures and pressures in materials – giving the example of a high-pressure phase of iron that was created back in 2005 using femtosecond laser-driven shock.

For several years now, there has even been research into the possibility of sterilisation or disinfection of medicines through ultrashort pulse laser-led pathogen inactivation – although real-world applications in these areas are few and far between.

One of the more intriguing examples of these uses can, however, be seen in a 2014 paper published in scientific journal Antiviral Research, whereby a team of researchers suggested their novel selective photonic disinfection (SEPHODIS) technology had the potential to kill viruses like HIV and influenza while minimising damage to human cells, and proteins.

In 2017, scientists in China also found that femto lasers could be used in miniaturised two-photon microscopy, enabling brain imaging in freely-behaving mice, and the possibility of visualising the human brain using ultrashort pulse lasers was given a further boost the following year, when researchers showed during an ex vivo study that femto lasers do not negatively alter neuronal tissue.

While some of these future applications of femtosecond lasers still appear to be a long way from being commercialised, or used in actual patients, it’s unlikely that the capabilities these technologies hold in the medical sector has been fully unlocked – and more potentially life-changing innovations further down the line seem inevitable.