Miniaturisation is a growing trend in the medical device industry and, as devices keep shrinking, so too must the electronic solutions on which they run. Abi Millar discusses the potential applications of this technology with AWAIBA’s Martin Wäny. 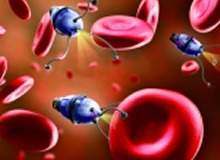 Picture the scene: A diplomat, following an assassination attempt, is lying in a coma with a blood clot in his brain. Under ordinary circumstances, he wouldn’t be long for this world, so it’s lucky that his friends are on hand to shrink themselves down and board a miniaturised nuclear submarine. Having been injected into his body, they travel through his bloodstream. They pass through the diplomat’s heart. They stock up on oxygen in his lungs and take a detour through his inner ear. Eventually, they reach the blood clot, which they blast with a laser gun. His life is saved.

The above scenario is undeniably far-fetched – as the plot of the 1966 film Fantastic Voyage, it was not chosen for its realism – but, as time goes by, the set-up is beginning to seem less and less outlandish. Moving out of the realm of science fiction, the miniaturisation of medical devices is fast becoming fact.

Take pacemakers. When introduced in the 1950s, these were cumbersome machines far removed from the coin-sized devices used today. Were you unlucky enough to need one, you had to wear it externally, with electrode leads breaking through your skin. Fast-forward half a century, and medical device company Medtronic is working on a wireless, injectable version the size of a tiny tablet.

Other areas of the industry are following suit. Glaucoma patients may soon benefit from pressure monitors the size of a matchstick head. Cancer patients will be injected with tumour-tracking sensors. Perhaps most promisingly of all, a imaging technology revolution is underway with ever-shrinking devices providing great benefits to doctors and patients alike.

One company at the forefront of such advances is Portuguese firm AWAIBA. Founded in 2004, it uses complementary metal oxide semiconductors (CMOS) to create image sensors for industrial, automotive and medical use. The firm’s medical NanEye range recently set the record for the smallest camera in the world. NanEye 2B, the latest in the series, is the size of a grain of salt.

"We learn about new possible applications almost every day. People approach us with ideas about what they could do with a miniaturisation module of that size."

Considered a wafer-level camera, it measures just 1mm by 1mm by 1.5mm, has a surface area of 250 pixels squared, and provides searingly sharp video images at a rate of 44 frames per second. "We work on even smaller cameras for certain procedures," says Martin Wäny, the firm’s CEO. "However, with the 1mm size we can retain very high resolution in a compact space."

The sensor is notable for its versatility. "We learn about new possible applications almost every day," says Wäny. "People approach us with ideas about what they could do with a miniaturisation module of that size." While the big three are endoscopy, dental imaging and certain surgical robot solutions, other ideas proffered include intubation equipment, 3D model generation, medical analysis equipment, guide wires and surgical clamps.

Smallness means flexibility of application. It also engenders flexibility in the physical sense. For years, the problem with miniature cameras was that, despite their tiny diameter, for the most part they are several centimetres long. Clearly, this has proven to be less than ideal where the physician needs to take a hairpin bend. "Imagine, during a bronchioscopy, if a scope goes up through the branches of a lung," says Wäny. "You have to take some sharp turns when you come to a new branch. For that you need a scope that is flexible all the way along."

The advantage bestowed by the newer generation of sensors is that they can twist and turn through the most labyrinthine pathways of the body. Unlike their tube-like precursors, they can be mounted on an instrument looking forward, tilted or sideways, with a deflection right at the tip. In practice, this means that visualisation may be introduced to procedures that were previously conducted blind, enabling doctors to diagnose patients on the spot. "There are a lot of procedures that are currently made under fluoroscopy," says Wäny.

"Some of them require an injection of compressed fluids to enable you, for example, to see the blood vessels. This takes longer, is not very comfortable for the patient and there may be complications, so improving what a doctor is able to see will also increase a patient’s safety and security."

A feat of optimisation

To understand the miniaturisation trend of which NanEye is a prime example, it is necessary to go back to 1965, long before the inception of salt-sized cameras. It was the year that Gordon Moore, founder of Intel, proposed his eponymous law: the number of transistors that can be placed on an integrated circuit at low cost doubles approximately every two years. Moore’s Law is well-known across electronics and explains why devices have been getting smaller, more cost-effective and more efficient with each passing year.

NanEye is representative in each regard. Particularly inexpensive when bought in bulk, it benefits from cheap methods of production derived from the consumer side of electronics. "We use basically the same processes as you would for mobile phones or other components," says Wäny. "By using these technologies and making the camera compact, we can enter price range in which the sensor can be used just once."

"We use basically the same processes as you would for mobile phones or other components."

This disposability is remarkable when you consider the sensor’s technological finesse. Because there were no readily available components of the required size, AWAIBA was tasked with developing its own chips. They faced a careful balancing act – on the one hand maximising the area available for pixels, and on the other embedding the peripheral electronics that would ensure the camera did its job.

Top of their list was countering the electromagnetic disturbance created by tools such as ultrasonic. "We needed to make a device that was fully compliant with a range of microinvasive procedures," says Wäny, "and it needed to not only survive this kind of disturbance, but also transmit an image."

Another issue was connectivity, the challenge being how one drives a disproportionately long cable from such a small device. NanEye supports cable lengths of up to 2.5m, with no additional components required at the distal end. This was enabled through the incorporation of a specially designed digital interface machine.

In its final form, the camera is a feat of optimisation: a robust sensor for which sturdiness and image quality are equally paramount. It can be customised according to specification: power consumption can be minimised, dimensions shrunk and the camera given the capacity to withstand temperatures of up to 120°C. Understandably enough, it took some time to reach these giddy heights of functionality.

"We started it in 2005 with our first miniaturised chip contract," says Wäny. "We then released some previous generations, before bringing out the final product last year, so it was a product with several steps – permitting us to bring the overall size down each time and increase the performance from one generation to the next."

The potential for growth

Wäny fully anticipates that future developments in AWAIBA, and the industry in general, will continue further down this path. "If the camera shrinks even more it gives more flexibility in terms of where it can be introduced, but there is always a compromise – image resolution will be lower with a smaller size. Of course, Moore’s Law will enable us to have similar or even better image quality with smaller sizes."

Eventually, he envisages that technological developments will go in two distinct directions. "One trend will be for cameras to remain more or less the size they are now with the emphasis on providing better image quality – high resolution, high dynamic range and eventually multispectral images that will let us use new on-site diagnosis tools."

The second trend veers more towards the provinces of sci-fi: "Devices will be made smaller and smaller, which may allow camera technology to be integrated with nanobots. They will be autonomously introduced into the body to perform a particular diagnosis or surgical job, and then removed again. I think we’re talking tens of years before this will be applied commercially."

Here we are getting into the realm of nanotechnology proper – machines working on the scale of billionths, rather than thousandths, of a metre. Nanotech is a concept that’s been flouted for a while, emerging in some disciplines as early as the 1980s. Fantastic Voyage, in fact, is often credited as providing the first big-screen depiction – ignoring the pedantic oversight that the submarine was a micrometre across. As yet, however, scientists have really only scratched the surface of what is possible. Future approaches may be based upon molecular self-assembly, and ought to result in technologies as yet inconceivable to us. It is a trend that will undoubtedly have important ramifications both for medicine and electronics at large.

"Devices will be made smaller and smaller, which may allow camera technology to be integrated with nanobots. I think we’re talking tens of years before this will be applied commercially."

For the time being companies such as AWAIBA are faced with a simpler task – merely to carry on down their current path. Work is underway on three fronts in parallel, says Wäny: the first being to further improve the camera’s image quality; the second to introduce further miniaturisation; and the third "to reduce costs so as to be able to introduce miniaturisation into more and more disposable applications".

Who knows – one day the idea of a tiny vessel busting a blood clot might not sound so ‘fantastic’ after all. With technologies getting smaller, and their applications growing more targeted, the sci-fi of the past is starting to seem prescient. Whether we will ever be able to miniaturise submarine crews, though, is another question.