To mark the beginning of Brain Tumour Awareness Month 2021, we take a look at six novel treatments that have emerged in recent years to tackle the disease 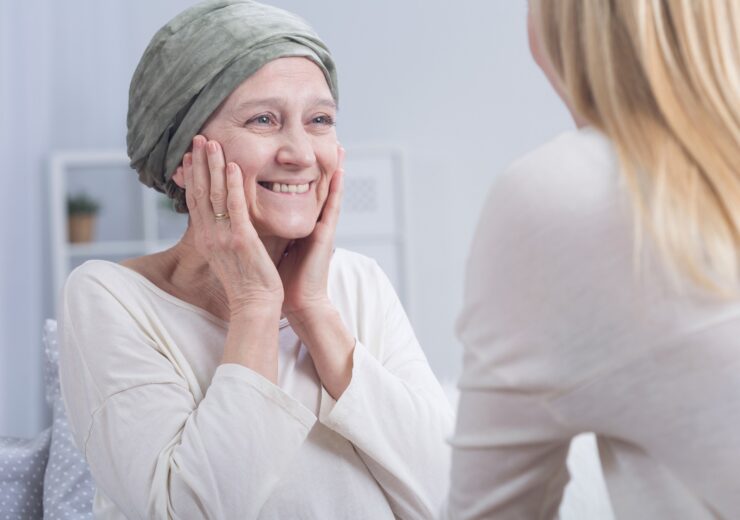 Tumours originating in the brain or central nervous system are associated with relatively low survival rates compared to other cancers (Credit: Photographee.eu/Shutterstock)

While open surgery and radiation therapy – followed by chemotherapy – are the established treatments for a cancerous brain tumour, the past decade has seen numerous novel devices, technologies and therapy methods introduced to improve upon the current gold standard.

There’s little doubt innovations that provide more accessible and more effective treatment options are urgently required, as just 36% of adults are expected to live for more than five years after being diagnosed with a malignant tumour in the brain or central nervous system, according to the American Society of Clinical Oncology (ASCO).

And, in the US alone, an estimated 24,000 men and women are told they have a primary brain or spinal cord tumour each year – roughly one in every 11,100 people.

Brain cancers are also typically harder to treat than many other cancer types, mainly due to problems associated with accessing such a delicate area of the body, the ability of brain tumours to spread rapidly, and the fact the brain’s natural defences will often attempt to protect the tumour as well.

With this in mind – and with March being global Brain Tumour Awareness Month 2021 – we take a look at six innovations that have been developed in recent years to enhance treatment options for this devastating disease.

The ZAP-X radiosurgery platform was developed by California-based medical device firm ZAP Surgical Systems, and received FDA approval in 2017 before gaining a CE mark under the new EU MDR earlier this year.

It was designed exclusively to destroy brain tumours, and treat conditions of the head and neck, using image-guided, non-invasive stereotactic radiosurgery (SRS).

The ZAP-X uses linear accelerator technology – a well-established method for treating cancers with high-energy X-rays – to deliver doses of cobalt-free radiation to tumours via a unique gyroscopic motion.

This radiation being free from cobalt eliminates the need for live radioactive sources, decreasing the high costs and regulatory burdens that are often experienced by healthcare providers offering radiotherapy.

The vault-free, self-shielded design of the ZAP-X also means costly radiotherapy bunkers are no longer required, and – according to ZAP Surgical Systems – this is allowing the treatment to move into less specialised healthcare settings like satellite facilities, physician offices and ambulatory surgery centres.

The company is ultimately aiming to deliver “world class”, streamlined cranial radiosurgery to more healthcare providers and patients without bringing many of the compromises associated with multi-purpose radiotherapy systems – and took a big step towards this goal in February 2019 when it treated people using the ZAP-X for the first time at Barrow Neurological Institute.

American medical device firm GT Medical Technologies was founded in 2017 and primarily focuses on improving the lives of patients with operable brain tumours.

Its first product, the GammaTile, is a bioresorbable, collagen-based device no bigger than a postage stamp that is designed to be permanently implanted into a patient’s brain directly after a tumour has been surgically removed – eliminating the usual wait for the surgery wound to heal before treatment can begin.

It then delivers surgically targeted radiation therapy (STaRT) to the site of the tumour for several weeks, destroying residual cancerous cells while preserving healthy brain tissue.

This allows the patient to go about their life with minimal risk of complications, a decreased treatment burden, and a reduction in some of the side effects associated with traditional radiotherapy – such as hair loss.

The GammaTile – a novel form of brachytherapy – has previously demonstrated its efficacy in clinical trials, as 89% of meningioma patients with the implant were recurrence-free after two years, compared to 52% under their previous treatment options.

Another recent development in the field of brain tumour treatment is avatars – in which a tumour sample is taken from a patient and grown externally.

This allows doctors to analyse the tumour and investigate different treatment methods to see which is likely to be most effective in eliminating it.

Multiple academic studies over the past two or three years have involved implanting cells from human brain tumours into the bodies of immunocompromised mice.

In 2020, researchers in Luxembourg announced they had worked to collect samples from more than 1,000 patients and found that, once these were implanted into mice, they still observed a “faithful reproduction” of the original patient tumour’s main biological, histological and genomic features – creating the possibility to improve our understanding of how specific cancers respond to various treatments.

Avatars are one of numerous current examples in the ever-growing field of personalised, patient-specific medicine and, while many of the investigations into their clinical benefits are currently at an early stage, they undoubtedly hold a huge amount of promise when it comes to treating brain tumours more effectively.

One particular area that avatars have already been used to assess is glioblastoma – a particularly aggressive form of cancer that occurs in the brain or spinal cord, and is notoriously hard to treat.

It is essentially a skull cap, to be worn on the head throughout the day, consisting of adhesive patches or bandages that hold multiple insulated ceramic discs. These discs, or ‘transducer arrays’, are then attached by wires to a portable, battery-powered unit that can be carried around in a shoulder bag or backpack.

The low-level electrical fields delivered by the transducer arrays help to disrupt tumour cell division, and cause cell death, preventing brain tumours from growing or spreading as quickly in the process.

The Optune device is therefore approved by the FDA and within the European Union to treat newly diagnosed glioblastoma – often alongside chemotherapy – as well as recurrent cases of the disease – in instances where other therapies have been unsuccessful.

Novocure, the US-based oncology company that commercialises this technology, says Optune has already been used by more than 15,000 patients across the world to date, and it is now aiming to get the treatment through a review by NICE (National Institute for Health and Care Excellence) in the UK.

Giving clinicians this more precise, real-time visualisation means tumours can be located and tracked closely, and treatment delivery can be adapted in response to changes in a tumour’s position, shape or biology.

This allows for the development of personalised treatment regimens, improved efficacy, and reduced exposure to radiation for surrounding healthy tissue.

Another benefit associated with MR-Linacs is that they enable overall treatment times to be cut down to a matter of days – sometimes five or fewer – compared with the several week-long timeframe associated with therapy via traditional linear accelerators.

There are a handful of companies currently marketing MR-Linac machines, including American medtech firm ViewRay, which gained CE certification for its MRIdian Linac in 2016 – as well as FDA clearance the following year – and has since been used to treat more than 11,000 patients globally.

Another leading MR-Linac product is the Elekta Unity, which was introduced by Swedish medical device company and radiation oncology specialist Elekta, and is currently in use across North America, Europe and Asia.

NanoTherm is a therapy method designed to treat solid brain tumours, and its creator – German medical device start-up MagForce – claims it is the first and only nanotechnology-based treatment to have gained European approval for this purpose.

It involves injecting magnetic nanoparticles directly into the tumour or into the nearby resection cavity wall.

These particles are subsequently heated with an alternating magnetic field delivered by a machine called a NanoActivator, which either destroys the targeted cancer cells, or weakens them so they are more sensitive to concomitant radiotherapy or chemotherapy later on.

The whole process is managed using NanoPlan – a software platform that allows a healthcare professional to prepare the ideal treatment plan beforehand, and assess the distribution of nanoparticles within the brain using computed tomography (CT) once they have been introduced.

Since obtaining a CE mark in 2011, MagForce has successfully treated more than 100 patients using NanoTherm, and clinical studies are currently underway in the US to determine whether prostate cancer can also be treated using a similar nanotechnology-based approach.