The company designed the ACP system with plates and screws manufactured from titanium alloy, as specified by the ASTM F-136, a refined version of Grade 23 Titanium-6Aluminum-4Vanadium (Ti6Al4V) Extra Low Interstitial (ELI) alloy 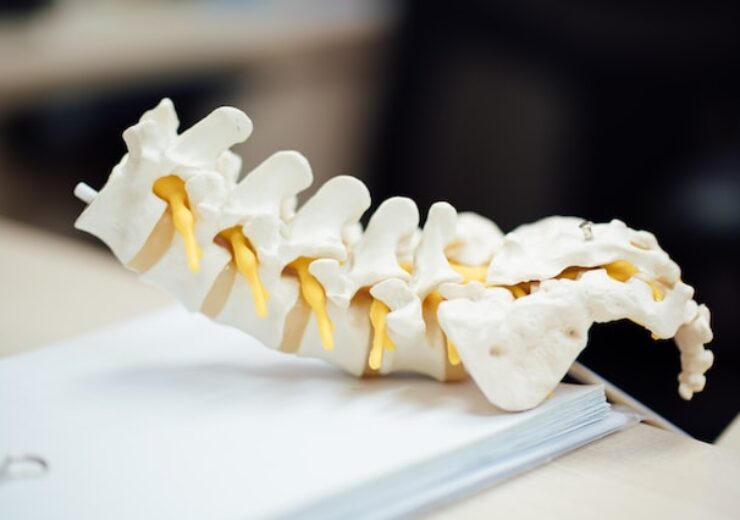 The US agency indicated VyPlate ACP system for stabilisation of the anterior cervical spine from C2 to C7, using a unicortical screw fixation at the anterior face of the vertebral bodies.

The company designed the ACP system with plates and screws manufactured from titanium alloy, as per the ASTM F-136 specifications.

VySpine CEO Tom McLeer said: “The VyPlate ACP System is a unique, elegantly simple system. It offers a great deal of versatility and flexibility while providing ease of use for the surgeon. The VyPlate is intuitive while also being robust and adaptable.”

VySpine claimed that its VyPlate ACP system features a simple and strong locking mechanism, enabling the bone screws to get fully captured within the VyPlate.

The system is offered in various sizes, ranging from single level to five level plates.

VySpine offers bone screws in varying lengths and diameters for optimal fit with patient anatomy, and in self-drilling or self-tapping configurations.

In addition, the company provides bone screws that can either be adjustable, with a high degree of angulation, or in a fixed angle to the plate.

Earlier this year, VySpine has secured the US FDA 510(k) approval for its VySpan Posterior Cervical Thoracic (PCT) System, and its ClariVy cervical IBF system.

The company developed its ClariVy cervical IBF system for use in anterior cervical discectomy with fusion (ACDF) procedures.

VySpine has designed the PCT System to include several screw and hook options, multiple transition rods and advanced crosslink flexibility.

It features a fixed and polyaxial head styles with reduction option, that can be clamped with either standard or smooth shank bone screws and various hooks and rods.