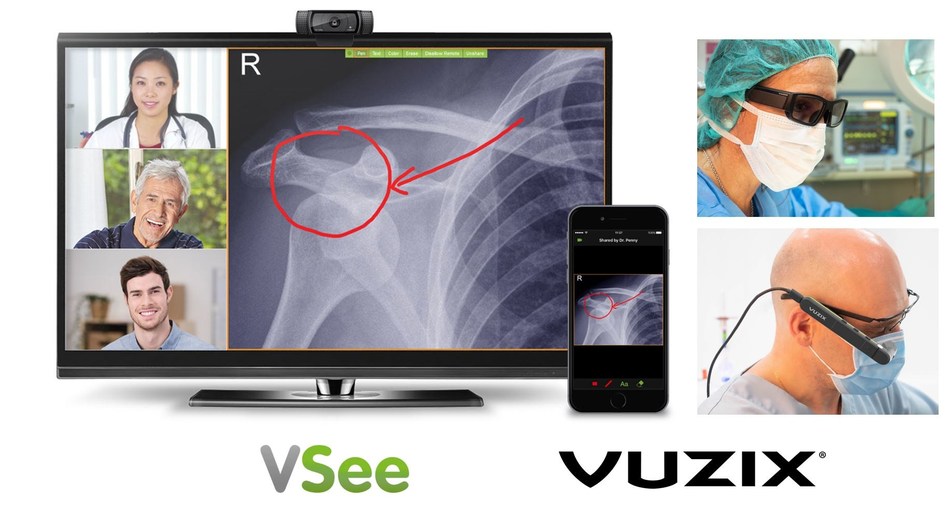 VSee provides a HIPAA-compliant video telehealth and telemedicine video conferencing solution that is used by more than 1,000 telemedicine companies operating all over the globe, including MDLIVE, Walgreens, McKesson, International SOS and DaVita, as well as numerous A-list healthcare systems such as Ascension, HealthPartners, Sutter, Trinity and Sentara.

VSee was also selected by NASA to be the exclusive video conference solution on the International Space Station (ISS) because of its usability and its ability to adapt to poor network conditions.  It has been used by astronauts on board the ISS since 2014.

“While VSee previously worked with some early generation smart glasses solutions, the technology was not ready for telemedicine. We feel very privileged now to be partnering with Vuzix with its mature smart glasses offerings. Telemedicine video conferencing through smart glasses from Vuzix is a natural progression from tablets and computers for our customers.

VSee will be showcasing the smart glasses telehealth and telemedicine solution on the Vuzix M300XL and Vuzix Blade at the American Telemedicine Association (ATA) 2019 annual conference and expo in New Orleans April 14-16th.

The VSee telehealth and telemedicine solution for the Vuzix M300XL and Vuzix Blade Smart Glasses is expected to be commercially available during the second quarter of 2019.