VisCardia, a privately held medical device developer, has announced the first implant of the VisONE implantable system for heart failure, and the commencement of its VisONE Heart Failure pilot study in Ukraine. 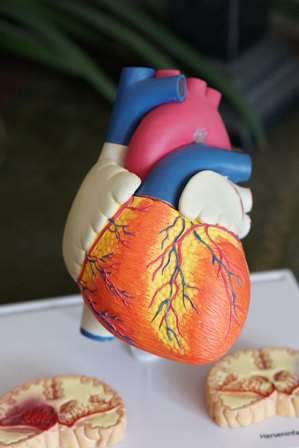 By electrically stimulating the diaphragm in an asymptomatic manner, transient intrathoracic pressures gaited to cardiac activity are applied against the cardiac walls, improving both cardiac filling and output.

“During this 12-month pilot study, we are optimistic VisONE will deliver comparable benefits as those observed during our ADS feasibility studies,” said Paul Erne, M.D., Professor Emeritus of Cardiology at the University Hospital of Basel and former Head of Cardiology at the Kantonsspital of Lucerne, Switzerland.

The implant took place at the Heart Institute, Kyiv, Ukraine, under the leadership of Institute Director Professor Borys Todurov, M.D., Ph.D., and Principal Investigator Dr. Vitaliy Demyanchuk, M.D., Ph.D. The patient, a 53-year-old male with a reduced ejection fraction of 17%, remained in symptomatic heart failure despite an optimally titrated medical regimen, and had no alternative treatment options.

Furthermore, Dr. Todurov added, “We are excited at the potential of this therapy to address a significant gap in clinical care. Our center will be actively and methodically studying its impact on heart failure.”

Echocardiographic data will be analyzed at the University Hospital of Zurich under the direction of Professor Felix Tanner, M.D., with statistical analysis performed at the Robertson Centre for Biostatistics in Glasgow under the guidance of Professor John Cleland, M.D. Michael Mirro, M.D., VisCardia’s Director of Medical Affairs, commented, “Given the promising evidence to date, it is exciting to see two recognized groups engaged in studying this new therapy with the proper clinical rigor of a multicenter study used by prominent heart centers.”

The therapy is non-invasively adjusted and programmed using an external programmer to improve hemodynamic benefit and eliminate undesired stimulatory side effects.