Veracyte has entered into a long-term strategic collaboration with Johnson & Johnson Innovation and the Lung Cancer Initiative at Johnson & Johnson to advance the development and commercialization of novel diagnostic tests to detect lung cancer at its earliest stages. 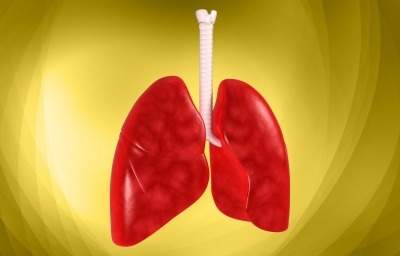 The collaboration will build upon foundational “field of injury” science — where genomic changes associated with lung cancer can be identified with a simple brushing of a person’s airway — to develop new interventions that can save lives.

Under terms of the agreement, Veracyte and the Lung Cancer Initiative at Johnson & Johnson, whose mission is to prevent, intercept and cure lung cancer, will combine clinical study cohorts involving more than 5,000 patients with multiple years of clinical outcome data.

Veracyte will contribute bronchial and nasal samples from its clinical trials, which are part of the company’s extensive lung cancer-focused biorepository. Veracyte will deploy its RNA whole-transcriptome sequencing platform, utilizing high-dimensional data and machine learning pipelines on the combined cohort, providing the most comprehensive genomic content available which the Lung Cancer Initiative at Johnson & Johnson will have access to for therapeutic purposes.

The collaboration is expected to accelerate two key lung cancer programs for Veracyte. First, the development of the first non-invasive nasal swab test for early lung cancer detection and, secondly, the commercialization of its Percepta classifier on the company’s RNA whole-transcriptome sequencing platform, which, as a result of this collaboration, is expected to launch in the first half of 2019.

“ With the acceleration of our product pipeline, we believe this collaboration expands our addressable lung cancer diagnostic market to a $30 billion to $40 billion global opportunity.”

Anderson continued, “We estimate the combined monetary and non-monetary value of the collaboration to Veracyte at more than $50 million. The monetary component consists of a $5 million upfront payment and the potential to earn up to a total of $15 million in future development and reimbursement milestone payments.

“The non-monetary value reflects the significant value of clinical cohorts accessible to Veracyte through the collaboration. Also as result of this agreement, we expect our biopharmaceutical service revenue for 2019 to increase by an estimated $5 million.”

Lung cancer is the leading cause of cancer deaths worldwide. In the United States, lung cancer causes more than 154,000 lung cancer-related deaths each year – more than the next three most prevalent cancers combined. Because lung cancer is difficult to diagnose before it has metastasized, only 16 percent of cases are detected at an early stage, when the disease is more treatable.

Lung cancer’s five-year survival rate is only 18 percent, much lower than that of other common cancers. Approximately 80 percent of lung cancer deaths are caused by smoking.