Bees-Haus method of cell therapy could be performed in two-steps, both as day care procedure. A small bit of patient’s oral tissue is taken, cells cultured in lab, and transplanted through endoscopy 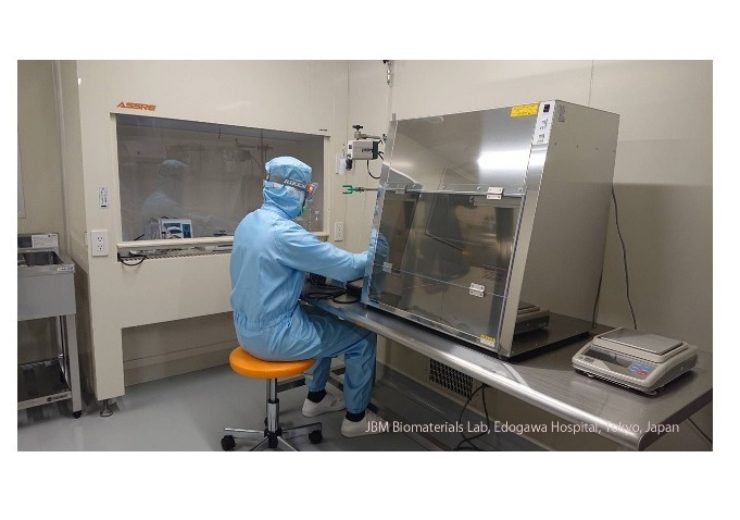 Treating male urethral stricture with the patient’s own buccal mucosal cells, encapsulated in a polymer scaffold as carrier, has been granted a patent in Japan.

A longer duration of relief to patients who had recurrence of the disease after earlier conventional treatments, has been reported by this method called “Bees-Haus” (Buccal epithelium Expanded and Encapsulated in Scaffold‐Hybrid Approach to Urethral Stricture;

Male urethra, a tubular passage to let the urine out from urinary bladder, when affected with narrowing or stricture of the lumen, causes difficulty in voiding urine, urinary retention, and pain during micturition. Treatments include dilatation with balloon or urethrotomy under endoscopy at early stages and surgical urethroplasty under general anesthesia using patient’s autologous oral/buccal tissue graft in severe disease or long segment stricture. After surgery, for a while, patients pass urine through catheter drainage and complications such as stricture recurrence, urinary tract infection, impotence, sexual dysfunction, and incontinence, have been reported (Gallegos & Santucci F1000Res. 2016;5-2913 & Barbagli et al. European Urology Supplements 2016;15-1).

Bees-Haus method of cell therapy could be performed in two-steps, both as day care procedure. A small bit of patient’s oral tissue is taken, cells cultured in lab, and transplanted through endoscopy. Very simple and convenient for urologist and relatively painless to patients with shorter hospital stay reducing healthcare cost and burden, because of lesser complications, making Bees-Haus easy to adopt. A larger multicentric study is under proposal by JBM Inc, to validate its efficacy to make this a routine procedure to benefit many patients with better quality of life.

Urethral stricture disease occurs mainly in men and its incidence climbs sharply after 55 years in western population. An estimated 0.6% in susceptible populations are affected in which 4% of male patients require interventional procedure. Annually 200 million USD is spent in USA for urethral stricture treatment, which doesn’t include cost of medication. The Americas hold the largest share in the global urethral stricture market, followed by Europe and Asia Pacific. JBM has applied for patents worldwide including USA, EU, United Kingdom and are looking for country-wise partners for technology licensing out. JBM also established a biomaterial laboratory to develop novel scaffolds for various applications in regenerative medicine, implants, and medical devices in Tokyo.