Medical applications of high-frequency ultrasound include new methods for delivering drugs to the lungs, according to researchers from RMIT University 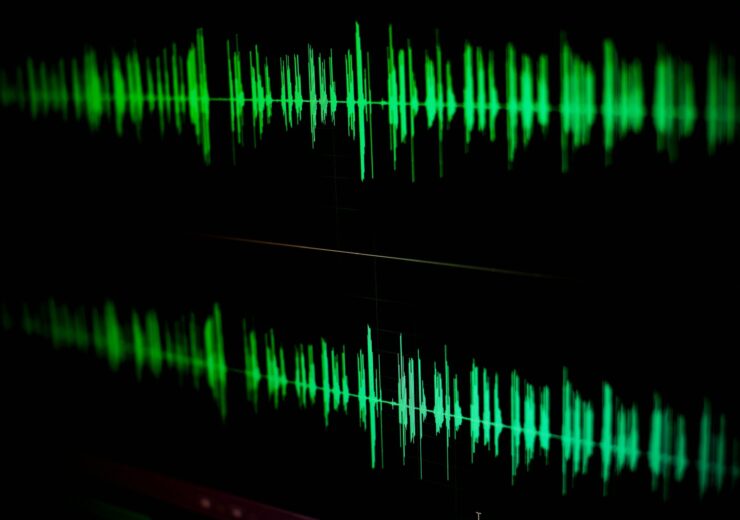 The main existing medical application of ultrasound is in imaging of the body (Credit: Chaikom/Shutterstock)

Researchers may have unlocked the potential of high-frequency ultrasound waves in medical applications like vaccine delivery and drug coating, and the manufacturing of smart nanoparticles, for the first time.

A team from RMIT University in Melbourne, Australia recently revealed the unique effects sound waves can have on certain materials and cells, and published its findings – which may “revolutionise” the field of ultrasound-driven chemistry – in interdisciplinary journal Advanced Science.

Using a microchip that generates high-frequency sound waves, the researchers have been able to manipulate fluids or materials more effectively, and more precisely, than with lower frequencies of ultrasound.

Potential medical applications of these breakthroughs include delivering life-saving drugs and vaccines to the lungs via inhalation rather than with injections, and encapsulating drugs in special nano coatings to protect them from deterioration, control their release over time, and ensure they precisely target the right tumours or infections within the body.

The RMIT researchers have also detailed multiple ways high-frequency sound waves could be deployed in manufacturing – for example, with the sustainable production of super-porous nanomaterials that can be used to store, separate, release or protect “almost anything”, and nanomanufacturing 2D materials in a precise, cost-effective way.

Lead researcher Distinguished Professor Leslie Yeo said the team has spent more than a decade researching the interactions between different materials and sound waves with frequencies greater than 10 MHz, and are only just beginning to understand the range of phenomena they observe in their laboratories.

“When we couple high-frequency sound waves into fluids, materials and cells, the effects are extraordinary,” Yeo said.

“We’ve harnessed the power of these sound waves to develop innovative biomedical technologies and to synthesise advanced materials.

“But our discoveries have also changed our fundamental understanding of ultrasound-driven chemistry – and revealed how little we really know.

“Trying to explain the science of what we see, and then applying that to solve practical problems, is a big and exciting challenge.”

The team at the Micro and Nanophysics Research Laboratory in RMIT’s School of Engineering is one of a handful of research groups in the world currently bringing together high-frequency sound waves, microfluidics and materials – and their focus will now shift towards scaling up this technology.

At a cost of just 70 cents per device, the sound wave-generating microchips used by the team can be produced through standard processes, and deployed in the mass fabrication of silicon chips for computers.

“This opens up the possibility of producing industrial quantities of materials with these sound waves through massive parallelisation – using thousands of our chips simultaneously,” Yeo added.

Ultrasound has long been used at low frequencies – from 10 kHz to 3 MHz – to drive chemical reactions, creating a field known as ‘sonochemistry’.

However, this low-frequency cavitation will often destroy molecules and cells when applied to them.

The RMIT research team has now demonstrated that if you up the frequency, these reactions change completely, and molecules and cells will remain mostly intact under higher-frequency sound waves.

This means high-frequency ultrasound can be used in biomedical devices to manipulate biomolecules and cells without affecting their integrity, which is the basis for the various drug delivery technologies patented by the RMIT team.

One of these patented devices is a cheap, lightweight and portable advanced nebuliser that – unlike existing nebulisers – can precisely deliver large molecules, such as DNA and antibodies.

This creates the future potential for painless, needle-free vaccinations and treatments.

The nebuliser device uses high-frequency sound waves to excite the surface of the fluid or drug, generating a fine mist that can deliver larger biological molecules directly to the lungs.

The same technology can also be used to encapsulate a drug in protective polymer nanoparticles via a one-step process that brings together nanomanufacturing and drug delivery.

In addition, the researchers have shown that irradiating cells with the high-frequency sound waves allows therapeutic molecules to be inserted into the cells without damage – a technique that can be used in emerging cell-based therapies.

Another area the RMIT team has already explored is using the sound waves to drive crystallisation for the sustainable production of metal-organic frameworks (MOFs).

MOFs are ideal for sensing and trapping substances at minute concentrations to purify water or air, and can also hold large amounts of energy, which may enable better batteries and energy storage devices to be built.

While the conventional process for making an MOF can take hours or days, and requires the use of harsh solvents or intensive energy processes, the RMIT team has developed a clean, sound wave-driven technique that can produce a customised MOF in minutes and can be easily scaled up for efficient mass production.

Sound waves can also be used for faster, more precise and more cost-effective nanomanufacturing of 2D materials like atomically-thin quantum dots, and nanosheets, which are used in a range of myriad applications from flexible electric circuits to solar cells.