The UK government has been 'very proactive' in securing 65 million injection devices to prepare for an effective Covid-19 vaccine, says a BD boss 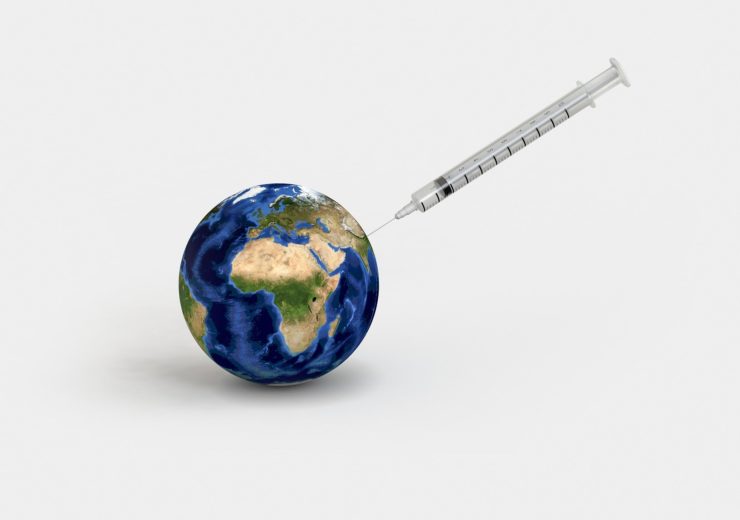 The UK government has added a total of 120 million vaccine injection devices to its existing capacity (Credit: Pixabay)

The UK government is “getting ahead of the curve” by ordering millions of Becton Dickinson (BD) vaccine injection devices for Covid-19, according to the firm’s UK general manager.

Despite it looking unlikely that a Covid-19 vaccine will be available until the end of 2020 at the earliest, the UK government, and PHE (Public Health England), have prepared for this eventuality by ordering 65 million syringes and needles from US-based medtech giant BD.

This shipment is set to be delivered by mid-September, and, along with another order to be fulfilled by a second firm, will help to add a total of 120 million injection devices to the UK’s existing vaccination capacity.

Mike Fairbourn, BD’s general manager and vice president in the UK, said the company has also received similar orders from the US and Canada, and hopes that other countries will “follow the UK’s lead” in planning for a Covid-19 vaccine.

“This is the UK government getting ahead of the curve. This is an area where they’ve been very proactive,” he added.

“If what we read in the news is true, that we will have a vaccine – and let’s hope we do – then this order will become clearly very important as the government will be ready to vaccinate the population.

“We’ve got the US and Canada, which are following the UK’s lead, and our hope is that other countries will look at what’s happening in the UK and place orders for these types of products themselves.”

In ordering a total of 120 million additional injection devices, the UK government has attempted to cover for the country’s whole population twice over – which may include a vaccine and a booster, or second dose, per person, according to Fairbourn.

While the US and Canada have now followed suit by placing orders with BD as well, Europe is estimated to need close to one billion of these devices in preparation for a Covid-19 vaccine.

And, as Fairbourn added, any company, including BD – despite its large capacity and manufacturing capabilities – would not be able to meet those demands if given just a month or two to do so.

Because of this, BD is encouraging other countries to follow the UK’s lead in planning ahead, as orders for injection devices need to be placed now if they are going to be delivered on by the end of the year.

“If they all place their orders on the day that a vaccine becomes available then that’s going to create quite a lot of backlog in demand, and I think it’s much better to get ahead of the curve – like the UK has,” Fairbourn said.

“And it has set a very good example in doing this. We’ve already heard news that the vaccine is going to be a gamechanger, so the last thing you want is to be struggling with thinking about how you’re going to administer that to the population.”

Fairbourn also said BD “fully expects” to receive similar orders from other countries it operates in and, from speaking from his colleagues based elsewhere in Europe, believes this is already beginning to unfold.

“We are a global company and we are represented in pretty much every country around the world, so our local organisations will be responding to the demands elsewhere, just as we have done in the UK,” he added.

The BD response to Covid-19

A “really important characteristic” of the Flu+ injection devices BD is supplying to the UK is that they are dose sparing, according to Fairbourn.

“It’s been specifically designed to save on the volume used when it’s injected into patients,” he added.

“When you’re doing millions and millions of injections, if you can spare as much of the vaccine volume as you can, obviously that has advantages in terms of minimising wastage.

“That’s an important differentiator for our product – you could use a standard syringe and needle, but that doesn’t give you the same capability.”

These 65 million injection devices are just one of a number of different medical device products BD has supplied to healthcare providers in response to the coronavirus outbreak.

BD Biosciences’ flow cytometry technology is being used by researchers across the world to assess and improve understanding of the human immune response to Covid-19.

The US firm has also supported the NHS by fulfilling a “large order” for infusion pumps, which are being used to administer treatment to patients in intensive care units.

In diagnostics, the company says it has supplied healthcare providers with 2.85 million of its BD MAX platform – a PCR test used to diagnose Covid-19 – and, on 6 July, it also launched its Veritor antigen test, which can detect the SARS-CoV-2 virus in just 15 minutes.

Fairbourn believes the recent launch of BD’s Veritor test, after receiving US Food and Drug Administration (FDA) approval, could also be a “gamechanger” in Covid-19 testing.

“It was a phenomenal effort, I think, on a lot of people’s behalf, to bring that to fruition,” he said. “We’re really excited about that, and it’s really big news.

“BD has a history of bringing innovative products to the market and we will continue to do that as we go along.”