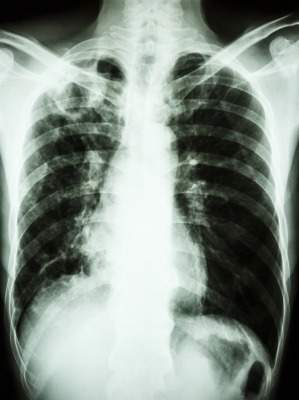 Two Pore Guys stated that the 18-month grant will finance proof-of-concept work to study if 2PG technology could offer an easy-to-use, sensitive and low-cost point-of-care device that would be compatible with automated, wireless reporting for resource-poor settings.

Tuberculosis is considered to be one of the top 10 causes of death worldwide and is a leading cause of single infectious agent. Millions of people are affected by TB each year, the company said. The WHO estimates that 10 million people developed TB last year across the world.

In the WHO 2018 Global TB Report, released in September, the health organization has called for an unprecedented mobilization of national and international commitments to meet the global target of ending TB by 2030.

In low and middle income countries, lack of affordable, sensitive and rapid detection of MTB is a major hurdle. The company believes that implementing a low-cost, sensitive and portable molecular diagnostic test could save thousands of dollars per patient.

“We are grateful to the Bill & Melinda Gates Foundation for this support and for their enthusiasm about the promise of our technology. We hope to make a difference in the lives of millions of people around the world who need better access to affordable TB care.”

According to Two Pore Guys, its devices employ silicon nanopore chips, which is quite different from biological nanopores used in some DNA sequencing technologies. These sensors can examine a wide range of individual analytes with high sensitivity.

Furthermore, the company stated that its workflows can support multiplexed and multi-modal assays, i.e., to test for DNA/RNA and analyte/protein from a single sample source.