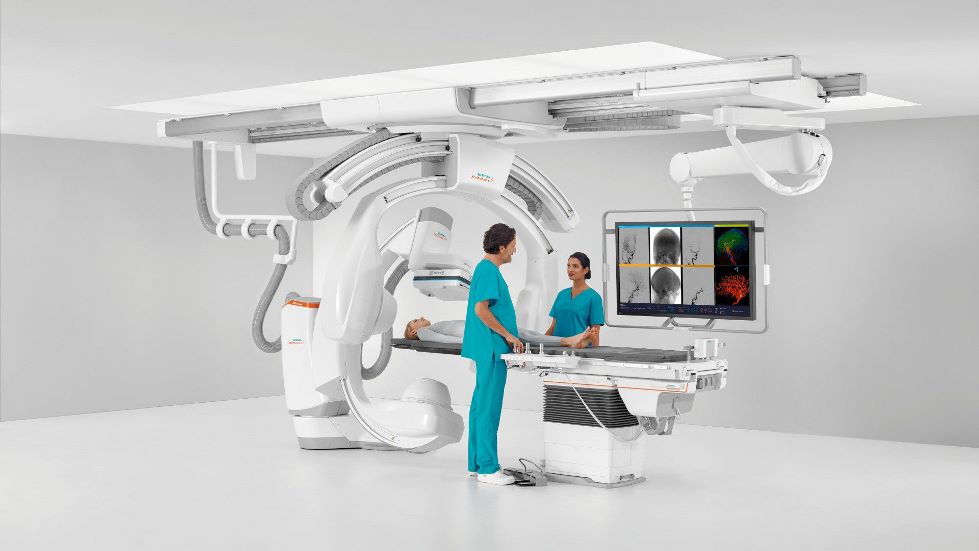 The company said that the C-arm can now perform new movement patterns, the areas of cranial base and skull cap can now be represented with no artifacts in 3D visualization.

Artis icono biplane is touted to be capable of switching between 2D and 3D imaging during intervention, which makes intra-procedural progress checks much easier. The imaging product is expected to be available this summer.

Siemens Healthineers Interventional Radiology Head Michael Scheuering said: “With Artis icono, we intend to set new standards in image quality and workflow for minimally invasive procedures. Improving the visualization of bleedings that occur anywhere in the cranial area can make it possible to skip prior conventional imaging for certain patients with a suspected stroke – which means that these patients can be taken directly to the angio lab for diagnosis and treatment, shortening the lead time before the vascular occlusion is removed.

“Any time saved in treating strokes can mean the difference between living independently and living in a wheelchair. Artis icono is therefore expanding precision medicine to advance therapy outcomes.”

Several studies show that treatment in the form of thrombectomy can be extended to a range of patients than previously assumed. This will let neurointerventionalists to treat ischemic stroke patients who were previously not eligible for this highly effective treatment.

The imaging system was designed to help physicians in stroke centers deal with the challenge of treating more patients faster and with greater accuracy.

In 3D imaging, Syngo DynaCT Sine Spin can reduce artifacts in the vicinity of the cranium (skull cap) and the cranial base, which makes it possible to better identify bleeding in these regions.

The company said that it is working closely with IschemaView, its Solution Partner. Their RAPID software solution performs automated analysis of quantitative cerebral perfusion parameters in seconds.

2D imaging in Artis icono is also claimed to have been improved substantially. Using the new OPTIQ image chain, image processing redesigned fundamentally, from acquisition through post-processing to on-screen display.