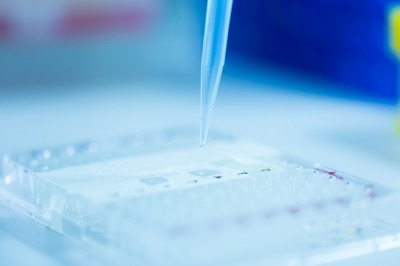 Oncomine Dx Target Test simultaneously evaluates 46 cancer-driver gene variants using as little as 10 nanograms of DNA and RNA. Following the April 2018 approval of the test in Japan as a CDx to identify NSCLC patients who may benefit from therapies targeting the BRAF (V600E) mutation, the MHLW today expanded its approval to include three additional biomarkers with a total of eight associated targeted therapies for NSCLC patients. The CDx markers and therapies include:

“We are grateful to the MHLW and the Pharmaceuticals and Medical Devices Agency for expediting its approval of Oncomine Dx Target Test, and to our regional partner who collaborated with us on local clinical studies that led to this latest milestone,” said Joydeep Goswami, president of clinical next-generation sequencing and oncology at Thermo Fisher Scientific. “Thanks to this collaborative effort, patients in Japan now have direct access to the first-and-only, locally administered NGS-based test that covers all four companion diagnostic biomarkers and targeted therapies associated with non-small cell lung cancer.”