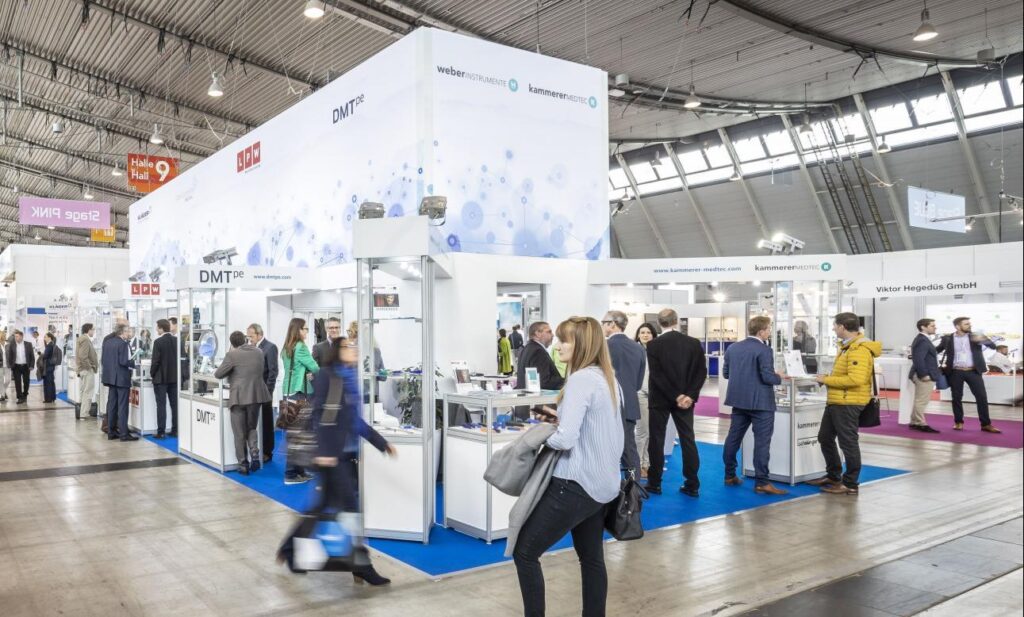 A photo taken during the T4M event in 2020 (Credit: Messe Stuttgart)

The Technology for Medical Devices (T4M) conference will not take place this year, meaning the event will next be held in 2022.

This decision was made at the request of the medical devices industry, along with the trade fair advisory board and its supporters Swiss Medtech and the VDMA Working Group Medical Technology.

After a thorough review and discussions with the industry, Messe Stuttgart – the conference organiser – also decided against hosting a digital version of the in-person event.

Niklas Kuczaty, Managing Director of the VDMA Working Group Medical Technology, said: “We regret this development. Given the areas at risk across Europe and the associated travel restrictions and quarantine regulations, the idea of holding an in-person trade fair for the medical technology industry in June is, unfortunately, unrealistic and the economic risk is too high.

“For a long time, we were holding onto the idea of an event in the first half of the year in the hope that it would be more likely to go ahead after the Whitsun holiday and, as a result, ensure greater planning certainty.”

Kuczaty would have occupied a stand alongside more than 30 companies representing the VDMA Working Group Medical Technology had the event gone ahead as planned between June 8 and 10.

“The trade fair advisory board and the industry both support the decision to hold T4M as an in-person event again at Messe Stuttgart in 2022,” he added.