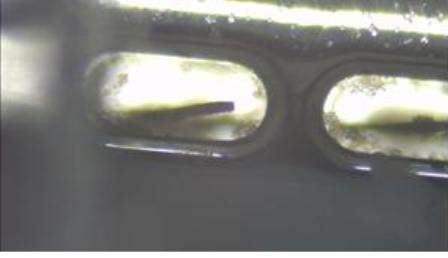 Microbot Medical has provided images of SCS from the study, which showed the device prevented shunt occlusion.

The study has been carried out at Envigo CRS Israel, which offers non-clinical contract research services and research models.

Human brain glioblastoma cells have been used to evaluate the performance of the SCS in a test system with accelerated cell growth rate, accumulation and obstruction rates.

An independent study has been started in last October and after one month it showed significant cell growth and accumulation in a non-operating SCS.

The study also showed that the SCS holds capacity to operate after cells had accumulated on the catheter holes and the robotic brush (ViRob).

Microbot Medical has also revealed data from two pre-clinical studies, which have been carried out at major US academic institutions.

In-vitro study carried out at Wayne State University is said to support the SCT’s potential as a viable technology to prevent occlusion in shunts used to treat hydrocephalus.

In-vivo animal study carried out at Washington University School of Medicine has backed the safety profile of the SCS as a CSF catheter.

Microbot Medical president and chairman Harel Gadot said: “We believe the highly encouraging results from this latest study, which complements our previous pre-clinical studies, demonstrates the potential of our SCSTM product to revolutionize how Hydrocephalus and Normal Pressure Hydrocephalus (NPH) can be treated in the future.

“We believe the performance of the SCSTM during this and previous studies gives us greater confidence to explore additional medical applications for the device in conditions where occlusion occurs, such as in the traumatic brain injury (TBI) space.”