A recent study has found significant differences between surgical stapler technologies when it comes to the impact the devices have on the rate of air leaks, one of the most common complications associated with lobectomies, a type of thoracic surgery to treat lung cancer. 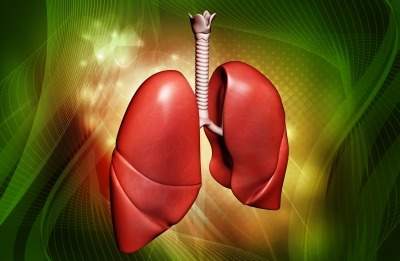 The research was funded by Ethicon, part of Johnson & Johnson Medical Devices Companies, and is being announced this week at the 2019 Society of Thoracic Surgeons (STS) Annual Meeting.

Using a novel Physiologic Lung Model (PLM) that simulates intraoperative and postoperative breathing, researchers for the first time were able to directly observe, track and quantify staple-line air leaks from 110 sets of excised and stapled porcine lungs. Graduated staple lines, or those of varying heights, created with Medtronic’s ENDO GIA with Tri-Staple Technology (Tri-Staple) had more than twice the rate (44 percent vs. 20 percent) of staple-line air leaks under modeled physiologic breathing conditions as Ethicon’s ECHELON FLEX GST System (GST), a stapler system that surgeons use to deploy uniform closed staple line heights, according to the study published online in the peer-reviewed journal, Medical Devices: Evidence and Research in December.

Based on their findings, researchers hypothesize that graduated staple lines in the thinner tissue regions of the lung (outer row) do not sufficiently compress the tissue to prevent air leaks, which have been shown to occur in about one-quarter of lobectomies and are associated with longer hospitalizations, higher costs and nearly double the risk of in hospital mortality. Differences in stapler design and how each device exerts force on tissue during stapling may also contribute to air leaks, the study authors also concluded.

“The evidence continues to mount that not all surgical staplers are created equally when it comes to reducing costly and serious complications associated with thoracic surgery,” said Edmund Kassis, MD, a study co-author and Senior Medical Director for Thoracic Surgery at Ethicon. “The selection of surgical stapler could lead to better outcomes, lower costs and reduced length of stay for patients. Surgeons have an important choice to make.”