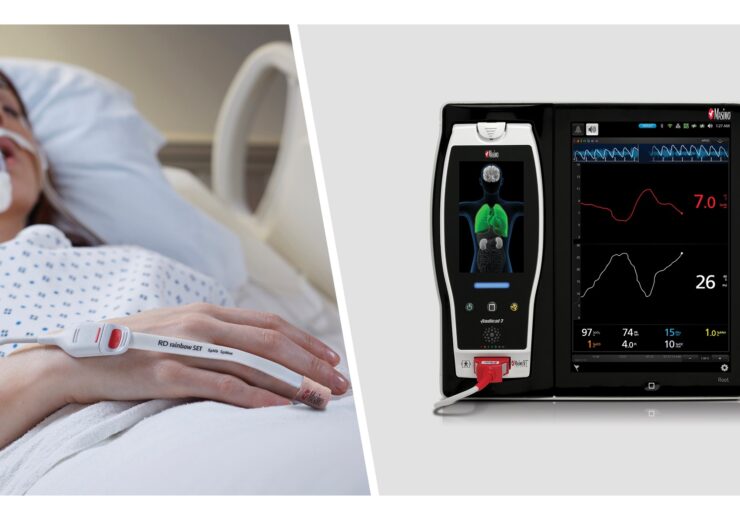 Masimo (NASDAQ: MASI) announced today the findings of a study published in the Ain-Shams Journal of Anesthesiology in which Dr. Diaaeldin Aboelnile and colleagues at Ain-Shams University in Cairo, Egypt compared two noninvasive methods of assessing fluid responsiveness in mechanically ventilated patients, dIVC and Masimo PVi®. They found both methods to be “effective,” but determined that PVi was advantageous because of being “continuous, operator-independent, and more reliable than dIVC.”1 PVi, pleth variability index, is a measure of the dynamic changes in perfusion index that occur during the respiratory cycle.

Noting the importance of predicting responsiveness prior to fluid administration and the drawbacks of invasive and static methods of assessing responsiveness, the researchers sought to assess the effectiveness and reliability of PVi—which is noninvasive, dynamic, continuous, and can be measured using a pulse oximetery sensor—by comparing it to another noninvasive, but non-continuous, static method, ultrasound calculation of inferior vena cava distensibility index (dIVC). dIVC represents the percentage of variation in the inferior vena cava diameter during inspiration versus expiration. To that end, they monitored 88 adult, sedated, mechanically ventilated, intubated surgical patients using both PVi and dIVC. The patients were classified as fluid responders (48) or non-responders (40) by using the passive leg raising (PLR) test; patients whose cardiac index (CI) increased by 15% or more were considered responders. PVi was monitored using a fingertip sensor and a Masimo Radical-7® Pulse CO-Oximeter®; dIVC was measured using a Mindray M5 ultrasound probe. To assess their performance against an invasive method, the researchers also measured central venous pressure (CVP).

Based on these findings, the researchers concluded, “The results of our study showed that assessment of PVi and dIVC noninvasively were good predictors for fluid management and responsiveness prediction using PLR technique in surgical ICU mechanically ventilated patients.” They continued, “PVi and dIVC can be used in the assessment of fluid responsiveness of intubated ventilated sedated patients with sinus rhythm in the ICU, and both methods are noninvasive and can be performed at the bedside, but PVi has the advantage of being continuous, operator-independent, and more reliable than dIVC.”

The accuracy of PVi in predicting fluid responsiveness is variable and influenced by numerous patient, procedure, and device-related factors. PVi measures the variation in the plethysmography amplitude but does not provide measurements of stroke volume or cardiac output. Fluid management decisions should be based on a complete assessment of the patient’s condition and should not be based solely on PVi.