Celsium claims its smart, wearable thermometer is more accurate than existing products because it measures body temperature, rather than skin temperature 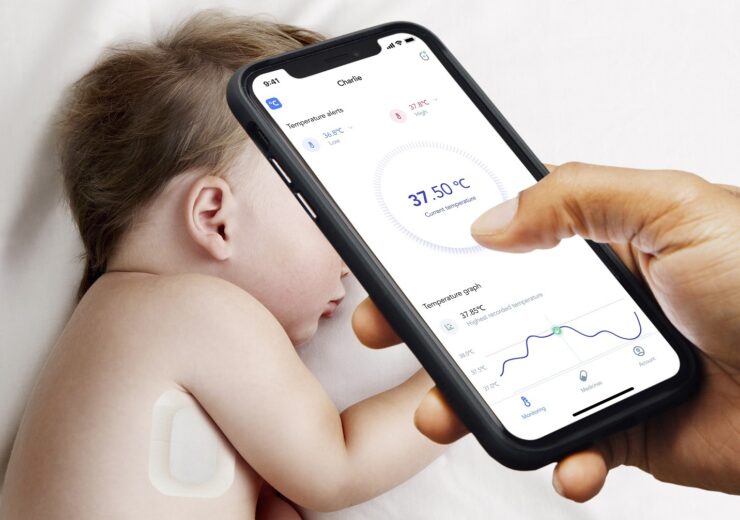 Celsium has launched a new smart, wearable thermometer, claiming it offers temperature readings that are 10 times more accurate than those provided by existing devices.

The UK-based digital health firm says its new product measures core body temperature rather than potentially “misleading” skin temperature, and takes automatic measurements every four seconds – allowing it to detect temperature changes as and when they occur.

Using an adhesive, wearable sensor attached under a patient’s armpit, it is therefore able to get as close as 0.2 degrees celsius to their actual body temperature, while Celsium claims the standard for existing products is between 1.5 and 2.0 degrees celsius.

The sensor connects via bluetooth to a smartphone app, and instantly alerts the user if their temperature rises by even a fraction.

Having spent eight years in development, the medical-grade Celsium thermometer is set to be made available for consumer and healthcare markets, and will retail in the UK for £70 ($93.50).

Celsium CEO and founder Andy Mahoney said: “Celsium is simple, constant and accurate. It’s useful for individuals and families as it allows you to monitor body temperature accurately in real-time, from your smartphone, and it’s non-invasive.

“I believe body temperature is massively under utilised, largely due to the poor products we have to work with.

“Temperature is central to the way our bodies function, it’s such an important signal.

“With the right solution, I firmly believe temperature will facilitate earlier and more accurate diagnosis in the future.”

A closer look at Celsium and its smart, wearable thermometer

UK healthtech company Celsium was founded in 2018 by Andy Mahoney, and since then has been attempting to “unlock the hidden science of body temperature” to enable earlier detection of illness and diseases.

Mahoney is a businessman with 15 years of experience in the healthcare sector, having previously worked at software firm EMIS Health before shifting his focus to developing a smart temperature monitoring system with Celsium.

“Growing up in a medically-minded household and having worked in healthcare for many years, when my wife and I couldn’t find an accurate thermometer despite buying numerous devices, I took up the challenge to develop one myself,” Mahoney added.

“When I scratched the surface, I was amazed to find that measuring temperature is still largely based on the first thermometer, invented more than 300 years ago.

“To say temperature monitoring was due for re-invention is something of an understatement – especially when you consider how important body temperature is as an indicator of our health.”

Today, this gap in the market has led to Celsium releasing its smart, wearable solution – which is compatible with iOS and Android devices, and is set to become one of only a handful of clinically-validated consumer thermometers in the UK.

“Celsium is on a mission to change the way the world utilises temperature,” Mahoney said.

“We want to make it easier for people to understand their temperature, raising the bar for temperature as a diagnostic tool and exploring new areas of temperature science not previously researched.

“The potential for temperature to provide early insight to illness and disease is huge. Until now, we haven’t had the technology to investigate this.

“Celsium will unlock this ‘hidden science’ and, in doing so, create what we believe will be never-before-seen early warning signals to health problems developing.”