The research team worked for eight years to discover, develop, and clinically validate GASTROClear in 5,248 subjects from Singapore and South Korea 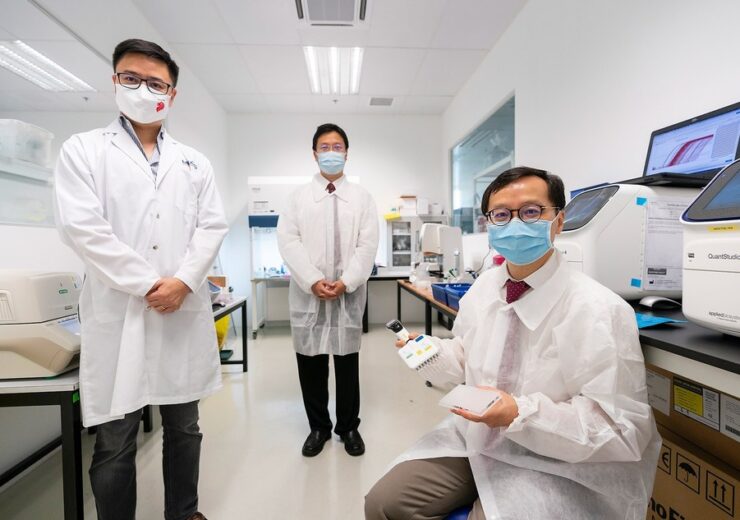 The research team has worked on the product for eight years for the discovery, development and clinical validation in 5,248 subjects from Singapore and South Korea.

Granted CE mark approval in 2017, and Health Sciences Authority’s approval in 2019, GASTROClear, needs around three hours to run in a clinical lab and delivers report within a week.

Endoscopies and biopsies confirmed the performance of the test, which showed enhanced sensitivity in detecting gastric cancer across all age groups, genders, ethnicities and tumour stages.

The test is capable to detecting 87% of all gastric cancers, including 87.5% of patients with stage I cancers.

Jimmy So said: “The majority of gastric cancer patients are diagnosed at advanced stages, for which the five-year survival rate is lower than 5%. Early detection is thus the key to reducing death from gastric cancer.

“With further health technology assessment to demonstrate the effectiveness of this assay as a screening tool in the Singapore population, we are hopeful that the assay will be implemented as a screening test for gastric cancer when used in combination with follow-up endoscopy for high-risk patients.”

According to World Health Organization (WHO) statistics, gastric cancer is the third major cause of cancer deaths across the world. Most of the stomach cancer deaths are due to late presentation.

The team has initially studied 578 microRNA candidates in 682 patients, and discovered a panel of 12-microRNA biomarkers, capable of differentiating gastric cancer patients from normal patients, with more than 92% accuracy.

With help of the microRNA biomarker-based panel, the team has developed the GASTROClear clinical assay in 2012, manufactured according to clinical standards.

From 2013, till 2018, GASTROClear test has been evaluated in a multicentre cohort of more than 5,000 subjects from Singapore.

The research was supported by Singapore Ministry of Health’s National Medical Research Council under its Bedside and Bench grant, the Translational and Clinical Research grant, and the Technology Development Grants from A*STAR.

Furthermore, the study was supported by the Singapore Gastric Cancer Consortium (SGCC), a national research initiative for stomach cancer across Singapore.

Too Heng-Phon said: “The test does not replace endoscopic evaluation. We believe this assay provides an option for patients who might not be keen on initial endoscopic screening and adds to the current cancer detection tool armamentarium, just as the stool DNA test is an option for colon cancer screening

“Furthermore, the convenience and non-invasiveness of this test allows the public to have access to better health-care.”