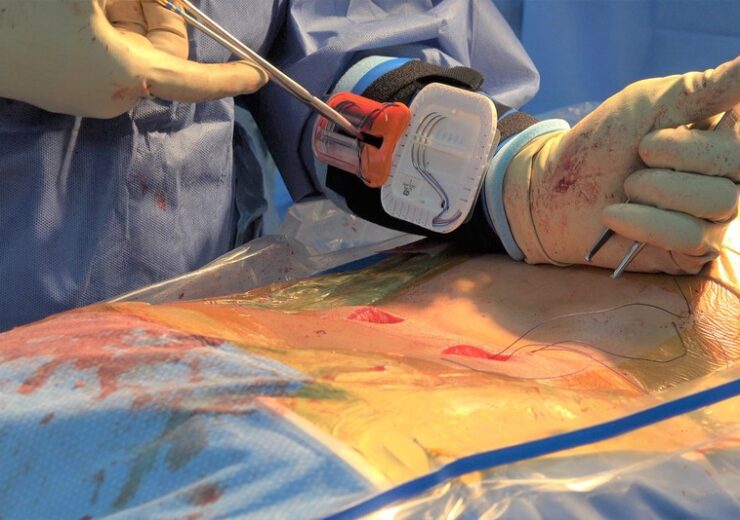 The 100 patients enrolled in the trial were randomised to undergo either a procedure using Operative Armour or a control procedure without.

“The authors stated, ‘By minimizing sharps behaviors that drive needle stick injuries such as manipulation, handling, and passing of intraoperative sharps, Operative Armour demonstrates superiority over current practice in the potential to significantly decrease sharp injuries.

“We anticipate an associated decrease in needle stick injuries with use of the device. In addition to the device’s impact on needlestick risk, it may also have the potential to improve efficiency by introducing parallel processing in which two or more separate processes are conducted simultaneously rather than in series.”

The device is designed to help surgeons, nurses, and other medical staff stay safe in the operating room. The device resulted in as many as half the needle adjustments by hand during the procedures.

The company said that the use of its wearable needle safety and workflow efficiency device Operative Armour has reduced surgical needle passes and handling during surgical closure.

The device enables the surgeon to independently close and manage the sutures, while the circulator and scrub-tech can focus on performing the final count, eliminating conflict between the two equally important activities.

The study concluded that Operative Armour effectively functions as an ESIP device by decreasing intraoperative needle passing and handling. During these procedures Operative Armour resulted in as many as half the needle adjustments by hand.