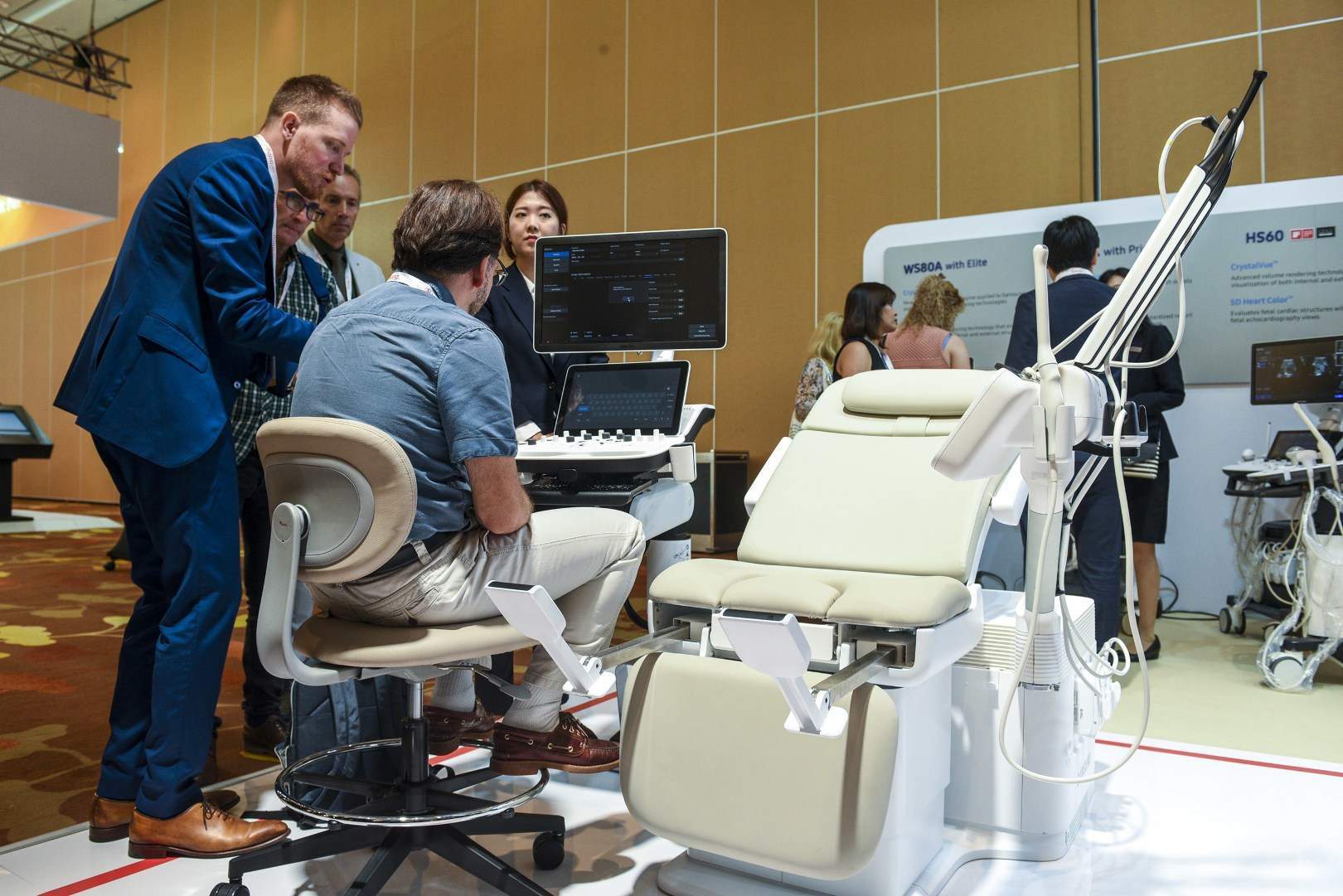 Image: A prototype of chair-type ultrasound system 'HERA I10' is being displayed at ISUOG World Congress 2018. Photo: Courtesy of Samsung.

Samsung Medison became an affiliate of Samsung Electronics in 2011 by integrating world’s best IT, image processing, semiconductor and communication technologies into medical devices.

The new system can also be used for examining high-risk pregnancies and early diagnosis of abnormal fetus conditions.

“Samsung will continue to provide the best solutions possible and bring meaningful changes in the healthcare industry.”

The ShadowHDR feature offers a shadow suppressed image, which is applicable to highly attenuated regions such as fetal head and spine.

The South Korean company also said that its new technology, MV-Flow, provides a detailed view of blood flow in relation to the surrounding tissues or pathology with an enhanced spatial and temporal resolution.

The LumiFlow feature provides a three-dimensional visualization of continuous and volumic vascular image.

In addition, the company has also showcased a prototype of HERA I10, which shares the same platform as HERA W10, but has been redesigned with new ergonomics.

The HERA I10 is claimed to address the discomfort caused by the spacing and the position of the clinicians and eliminates the need for the patient to shift their body, as it can be automatically adjusted for proper positioning.