Researchers at The University of Texas at Austin, have developed a new diagnostic tool which they say can easily, quickly and cheaply identify whether a mosquito belongs to the species that carries dangerous diseases such as Zika virus, dengue, chikungunya or yellow fever. 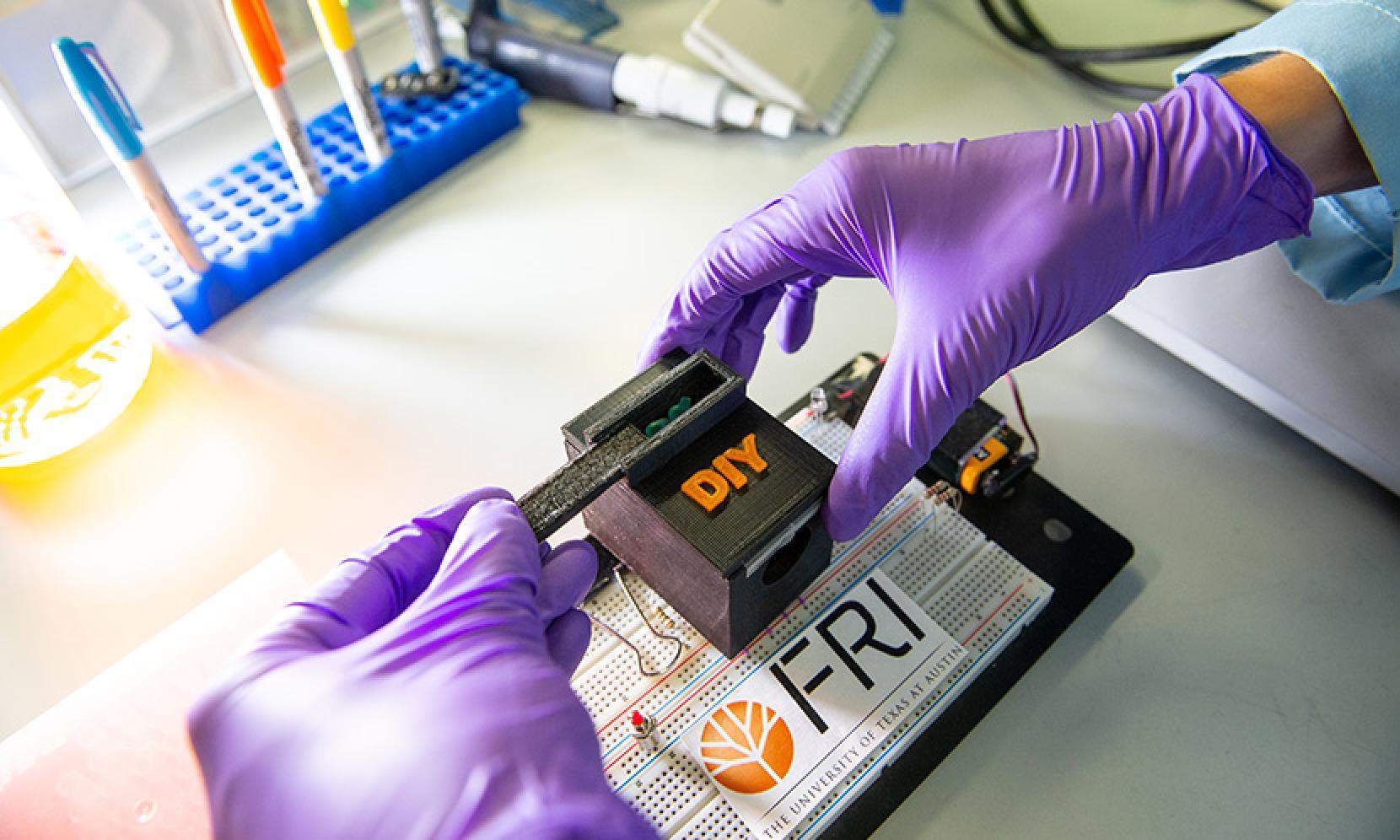 It can also determine whether the bug has come into contact with a mosquito-control strategy known as Wolbachia.

“Many of these diseases are spreading in areas where they weren’t common before,” said Sanchita Bhadra, a research associate in the Department of Molecular Biosciences and first author on the paper. “Having surveillance is important in conjunction with any kind of outbreak, and this method allows a rapid test in the field.”

The tool uses a smartphone camera, a small 3D-printed box and a simple chemical test to show whether a dead mosquito belongs to the Aedes aegypti species.

Aedes aegypti carries Zika and other devastating viruses that afflict an estimated 100 million people worldwide each year. The species also is closely linked to the tripling of cases of mosquito-borne diseases in the United States since 2004.

The tool developed by scientists and students at UT Austin also detects the presence of a biopesticide called Wolbachia, a type of bacteria that keeps mosquitoes from spreading diseases.

In countries around the world and in 20 U.S. states where the Aedes aegypti mosquito is found, scientists working in public health agencies have started to infect mosquitoes with Wolbachia by introducing the bacteria into a local mosquito population to help curb transmission of viruses.

Because mosquitoes show no outward signs of having the bacteria – and because existing diagnostic tests are hard to read, expensive and logistically cumbersome – the new tool represents a significant step forward for those hoping to monitor the effectiveness of Wolbachia.

“This test can happen without involving a lot of staff and equipment to make sure Wolbachia is effective and spreading as anticipated,” Bhadra said.

Public health groups trap and kill mosquitoes routinely in conjunction with monitoring efforts, but existing technology requires a complex process to extract nucleic acid from inside mosquitoes, often after they have been dead for days and have started to decay, leading to greater expense and the possibility of more errors in lab tests than the new technology.

The new diagnostic tool uses a smartphone’s camera and a simple test that can be done anywhere. It tests mosquitoes’ nucleic acid without requiring a complicated process to remove it. Officially known as a loop-mediated isothermal amplification and oligonucleotide strand displacement, or LAMP OSD, the probe delivers a simple yes-or-no readout on a cellphone, with accuracy of greater than 97 percent.

In addition to the tests to detect mosquito species and Wolbachia, the team also is exploring use of the technology to easily identify whether trapped mosquitoes are carrying Zika, dengue and other pathogens.

Other researchers involved in the study were primary investigator Andrew Ellington, a professor of molecular biosciences and the associate director of UT Austin’s Center for Systems and Synthetic Biology; Tim Riedel, the research educator for the DIY Diagnostics  research stream of the Freshman Research Initiative; Nicole Pederson, a former DIY Diagnostics student; Miguel Saldaña and Shivanand Hegde of the University of Texas Medical Branch in Galveston; and Grant Hughes of the Liverpool School of Tropical Medicine.