Quidel has received CE Mark to sell its Quidel’s Sofia 2 Lyme+ FIA to be used with the Sofia 2 Fluorescent Immunoassay Analyzer for the rapid differential detection of human IgM and IgG antibodies to Borrelia burgdorferi, Borrelia garinii, and Borrelia afzelii from serum and plasma specimens. 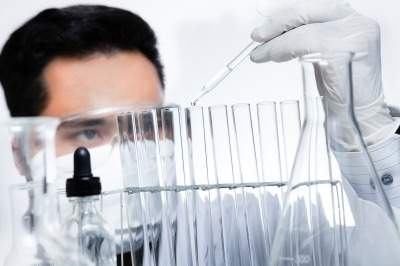 The test is specifically developed for the European market and intended for use with the Sofia 2 analyzer to aid in the diagnosis of Lyme disease.

Sofia 2 is Quidel’s next-generation version of its best-selling Sofia instrumented system. Sofia 2 utilizes the original Sofia’s fluorescent chemistry design while improving upon the graphical user interface and optics system to provide an accurate, automated and objective result in as few as 3 minutes. Sofia 2 also integrates ethernet connectivity and its barcode scanner within a smaller footprint than the legacy Sofia instrument.

Lyme disease (LD) is the most common tickborne disease in North America and Europe. While Lyme disease is caused by the Borrelia burgdorferi bacterium in the US, Borrelia afzelii and Borrelia garinii are the major pathogenic species found in Europe, transmitted through the bite of an infected tick. Patients infected with B. burgdorferi, B. afzelii, and/or B. garinii may experience symptoms associated with three stages: early localized disease, early disseminated disease, and late persistent disease. The most characteristic symptom of early localized disease is the appearance of erythema migrants (EM) on the skin, which appears in up to 80% of cases. EM may also be accompanied by flu-like symptoms (headache, abdominal pain, and fatigue) days or weeks after infection. In the second stage, early disseminated disease, untreated patients may begin to see neurological and rheumatological manifestations, and less commonly, dermatological, cardiac, or ophthalmological manifestations. These symptoms generally appear weeks to months after infection. If the disease continues to be left untreated, late persistent disease may also follow months or years later. In late stage disease, patients may see continued progression of manifestations in the joints, heart, skin, and nervous system.

Early detection and treatment of LD can help resolve symptoms and prevent progression of the disease.The primary means of identifying B. burgdorferi, B. afzelii, and B. garinii infection is detection of the body’s IgM and IgG antibody response using immunoassay. Detection of IgM antibodies to B. burgdorferi, B. afzelii, and B. garinii is generally most significant in the earlier stages of the disease. Conversely, detection of IgG antibodies has proven to be significant for longer periods, as the antibodies may remain detectable years after infection.

Quidel president and CEO Douglas Bryant said: “With the addition of the antigens specific to the predominant Borrelia strains in Europe, the Sofia 2 Lyme+ assay’s CE mark for use on the Sofia 2 instrument will allow healthcare workers to generate an accurate, faster result, thereby accelerating the diagnosis and potential treatment of Lyme Disease for the patient. This is another example of our ability to provide simple, cost-effective solutions for physician offices and hospitals that previously had to wait several days for send-out Lyme results.

“We expect that this new product introduction will increase the value and utilization of our Sofia 2 platform in Europe and could create incremental instrument placement opportunities in the near to medium term.”

Quidel also markets other Sofia immunoassays in the EU to aid in the diagnosis of infections such as Influenza A+B, Respiratory Syncytial Virus (RSV), Group A Streptococcus, Legionella, and S. pneumoniae.