PTR Robots was developed and tested in close collaboration with Zealand University Hospital, and Vonsildhave Nursing Home, operated by the nursing group Attendo 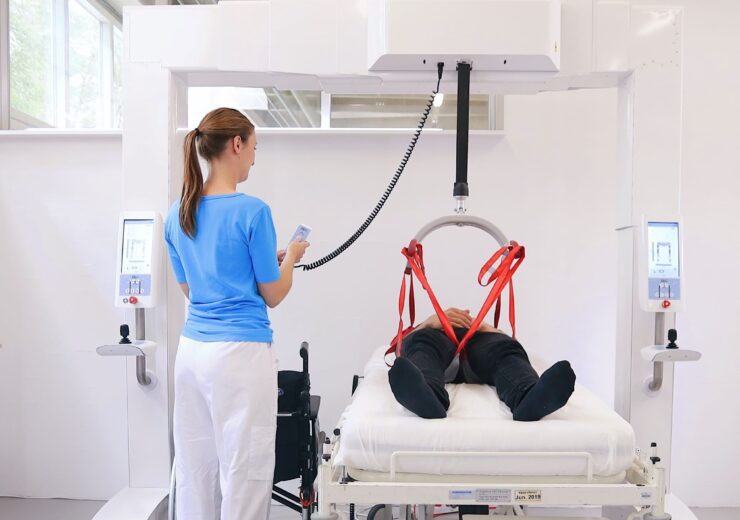 PTR Robots, a Danish service-robot company, announced the world premiere of its robot that can mobilize and transfer patients. Jointly developed with healthcare professionals, the PTR Robot is the first mobile, intelligent robot solution that can flexibly move around in the healthcare and nursing sectors. While it helps individuals with impaired functions to be transferred and rehabilitated, it also relieves the strain on staff, redirecting them from labor-intensive tasks. A PTR Robot also reduces the risk of infection, because only one caregiver needs to be present to perform a patient transfer.

One out of every four bedridden patients in a typical hospital is not self-reliant and needs assistance, both to be transferred and rehabilitated. This need is even more pronounced at nursing homes. According to the WHO, lifting injuries account for one-third of all occupational injuries among nurses.

“Many nursing homes, hospitals and institutions are keenly interested in our patient transfer and rehabilitation robot. If an elderly person breaks his or her hip, the robot can help him/her stand up right after the operation. The robot also accompanies the patient when taking the first steps after surgery,” says Lone Jager Lindquist CEO, PTR Robots.

The robot lifter from PTR Robots is designed to ‘shrink’ in size to easily fit through an ordinary doorway. This means that the robot outperforms traditional, stationary ceiling hoists in terms of flexibility.

PTR Robots is a subsidiary of Blue Ocean Robotics, which revolutionized the service-robot market via subsidiaries such as UVD Robots and GoBe Robots.

“With PTR Robots we have created a brand-new product category in the area of patient transfers and rehabilitation, similar to what we did with UV disinfection with our subsidiary UVD Robots,” says Claus Risager, CEO at Blue Ocean Robotics, and Chairman of the Board at PTR Robots.