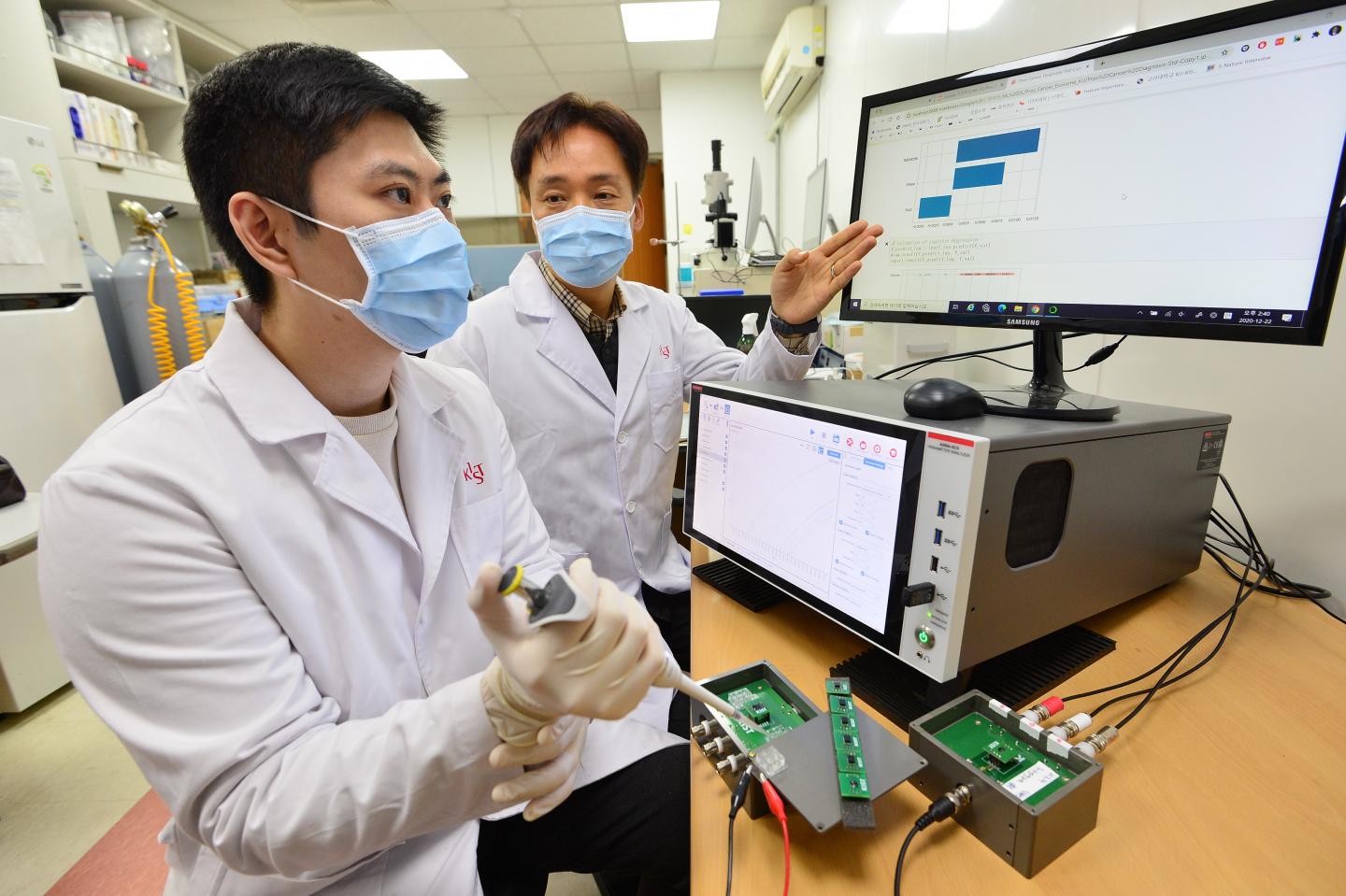 Researchers at the Korean Institute of Science and Technology (KIST) claim their newly-developed technique for prostate cancer diagnosis using urine can return a result within twenty minutes with almost 100% accuracy.

The method uses machine learning analysis in combination with an electrical-signal-based ultrasensitive biosensor to detect biological traces indicative of cancer in urine.

The research, funded by the Korean National Research Foundation’s Midcareer Researcher Grant programme, as well as several of South Korea’s government departments, would represent a breakthrough if the research holds up to further scientific scrutiny, as it would represent the first non-invasive method for prostate cancer diagnosis that could rival the commonly-used biopsy technique.

Professor In Gab Jeong from Asan Medical Center, who collaborated with KIST on the research, said: “For patients who need surgery and/or treatments, cancer will be diagnosed with high accuracy by utilising urine to minimise unnecessary biopsy and treatments, which can dramatically reduce medical costs and medical staff’s fatigue.”

“This research developed a smart biosensor that can rapidly diagnose prostate cancer with almost 100% accuracy only through a urine test, and it can be further utilised in the precise diagnoses of other cancers using a urine test,” added lead study author Dr Kwan Hyi Lee from the Biomaterials Research Center at the KIST.

As the concentration of cancer factors is low in urine, a urine-based biosensor has only been used in clinical applications for classifying risk groups rather than for precise diagnosis.

But the researchers behind this new study found a way to analyse samples for four-factors at once, which enhanced the accuracy of the test dramatically.

Dr Lee and his team found that using a single cancer factor associated with a cancer diagnosis was limited in increasing the diagnostic accuracy of their test to over 90%.

However, to overcome this limitation, the team developed an ultrasensitive semiconductor sensor system capable of simultaneously measuring trace amounts of four selected cancer factors in urine for diagnosing prostate cancer.

They trained AI by using the correlation between the four cancer factors, which were obtained from the developed sensor.

The trained AI algorithm was then used to identify those with prostate cancer by analysing “complex patterns” of the detected signals.

The research behind the KIST announcement has been published in peer-reviewed scientific journal ACS Nano, but has yet to be scrutinised in a separate study.