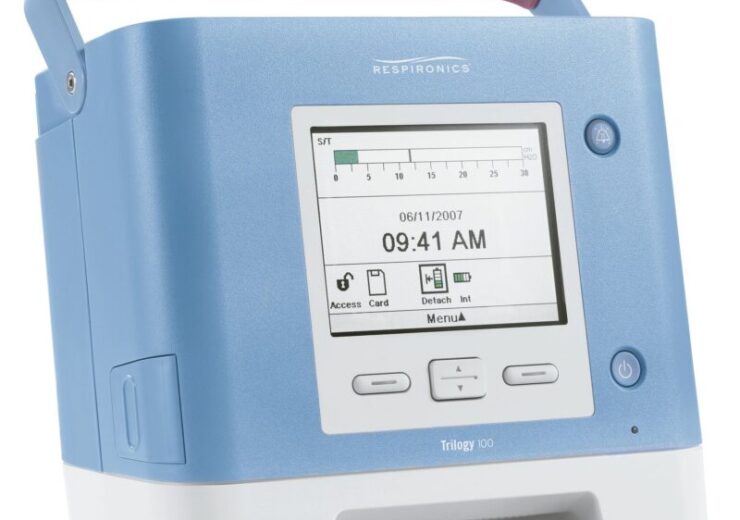 Philips Respironics, a subsidiary of Philips, has reported two new potential safety issues with some previously corrected Trilogy 100/200 ventilator models, following which it has initiated a voluntary recall.

The company found the issues after a few complaints from the US and Japan pertaining to the Trilogy 100/200 ventilators that have been repaired already.

According to Philips, the first issue is related to the new silicone-based foam installed in the reworked ventilators. The foam may possibly separate from its plastic backing within the machines, as per the Dutch firm.

The silicone sound abatement foam may affect the performance of the device by blocking the inflow of air, thereby reducing the inspiratory pressure. In the event of a significant impact in air pressure, the device can issue a ventilator alarm, like the Low Inspiratory Pressure alarm.

However, the issue was flagged in less than 0.015% of corrected Trilogy 100 devices, said Philips.

Philips Respironics said that the other issue is related to the discovery of trace amounts of particulate matter in the air pathways of some of the refurbished Trilogy devices. Some samples were found to contain only environmental debris, while others showed particles from the polyester-based polyurethane (PE-PUR) foam.

Over the past 18 months, Philips has replaced over four million ventilators and sleep apnoea machines due to concerns that the foam used in the devices could be toxic, reported Reuters.

The Trilogy 100/200 ventilators, according to the firm, make up about 3% of the registered impacted devices globally.

The reworked Philips Respironics Trilogy ventilators were part of the firm’s recall in June 2021. The recall was intended to address potential health risks related to the PE-PUR sound abatement foam in specific CPAP, BiPAP and mechanical ventilator devices.

The company is said to have notified the two issues to the appropriate authorities throughout the world and anticipates finishing its investigation and root cause analysis of both issues by the end of this month.