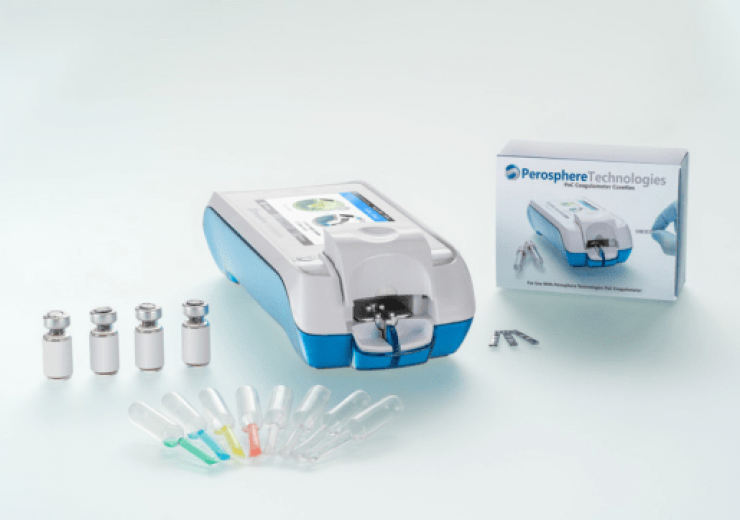 The approval enables to commercialise the Coagulometer system across the European Union and other CE mark geographies.

The PoC Coagulometer is claimed to be the first point of care device for DOAC testing with rivaroxaban, apixaban, and edoxaban, as well as low molecular weight heparin (LWMH) coagulation testing in both emergency and outpatient settings.

It is a hand-held device, which consists of colour touch screen, barcode reader and an eight-hour run-time battery for use at the patient’s bedside.

According to the company, the measurement requires only 14 microliters of fresh venous whole blood to load into a single-use cuvette.

A whole blood clotting time (WBCT) will be available between four and six minutes to assess whether a patient is properly anticoagulated.

Perosphere Technologies CEO Dr Sasha Bakhru said: “We are excited to offer healthcare providers in the EU and other international markets a first-in-class solution for DOAC and low molecular weight heparin coagulation testing at the point of care.

“We believe our PoC Coagulometer system will change the paradigm for managing DOAC and heparin therapy in emergency settings and beyond.”

Perosphere intends to introduce the PoC Coagulometer system in select EU countries by the end of this year, and expanded to other countries in the early first quarter of next year.