The osteoporosis prevention belt has shown early promise in slowing bone loss, but the company behind it is now looking to run a long-term validation study 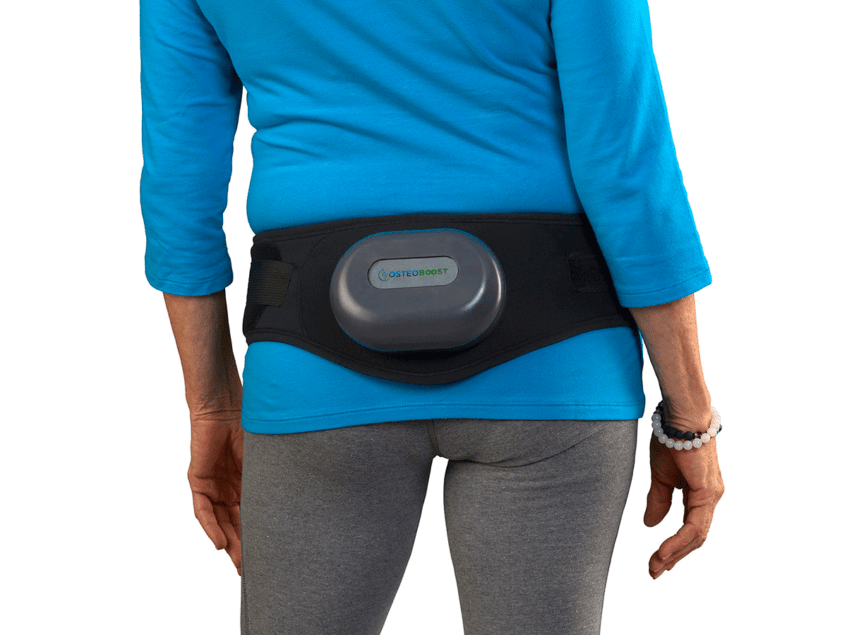 According to the company, in the US one in two women and one in four men over the age of 50 will suffer an osteoporosis-related fracture during their lifetime, costing the healthcare system $19 Billion.

Bone Health Technologies founder Dr. Shane Mangrum said: “For years, I have wanted a better option for my patients with low bone density that doesn’t have the potential side effects and the inconvenience of current drug treatments.

“With OsteoBoost we’ve created a safe, drug-free alternative that is easy and convenient.

“Now my patients with osteopenia have a new way to improve their bone health and reduce their risk of fracture.”

With more than one million people per year experiencing a fracture due to low bone density, osteoporosis is considered an epidemic in the US.

Derived from NASA technology which proved that mechanical stimulation of bones through vibration would improve bone health in astronauts, OsteoBoost uses localised vibration delivered by a wearable belt the company believes has the potential to change the way osteopenia and osteoporosis are prevented and treated for millions of Americans.

A Breakthrough Device Designation is an accolade given by the FDA to technologies that show promise for unmet medical needs.

How the belt works for osteoporosis prevention

This localised vibration therapy is designed to stop the progression of bone loss and prevent the onset of osteoporosis.

According to Bone Health Technologies, an initial study showed that one 30-minute treatment with OsteoBoost reduced bone loss activity in all study participants, providing an average decrease of 14% – a reduction on par with bisphosphonate drugs used to slow bone loss.

The initial study results were promising enough that the National Institutes of Health funded a $2m study to determine if the positive effects of OsteoBoost could be demonstrated in a longer study with a broader population.

This larger, pivotal study is currently enrolling patients and is scheduled to be completed in early 2022.