Olympus, a provider of solutions for medical and surgical procedures, has secured approval from the US Food and Drug Administration’s (FDA) for its Spiration Valve System (SVS) for the endobronchial treatment of emphysema. 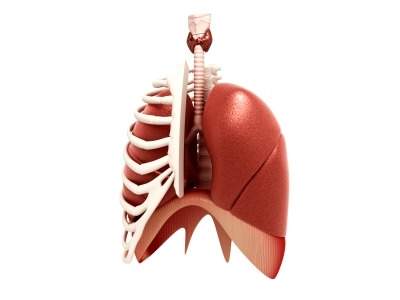 Olympus also stated that besides being designated as breakthrough medical device, SVS was also granted priority review status by the FDA as it intended to treat life-threatening or irreversibly debilitating disease or condition.

The FDA has approved SVS based on the results of the EMPROVE clinical trial that showed that patients treated with the SVS benefited from clinically meaningful improvements in lung function and quality of life compared to standard of care medical management.

Olympus said the Spiration Valve is placed in targeted airways of the lung during a short bronchoscopic procedure. The value itself is an umbrella shaped device that improves breathing by blocking airflow to the diseased portion of the lung.

The company claims that the therapy can offer volume reduction in the treated part of the lung, allowing the healthier tissue in the remaining portion of the lung to function better.

The Centers for Disease Control and Prevention stated that COPD affects more than 15 million people including the 3.5 million who have emphysema, and is the third leading cause of death in the US.

SVS is a new therapy for adult patients with shortness of breath and hyperventilation associated with severe emphysema in regions of the lung that have evidence of low collateral ventilation.

Temple University Lewis Katz School of Medicine the Department of Thoracic Medicine and Surgery Professor and Founding Chair Gerard Criner said: “In the patients I treated in the EMPROVE trial, the most important outcome was a marked reduction in shortness of breath, or dyspnea.

“This resulted in improved quality of life and patient satisfaction. Dyspnea is the most common symptom in patients with advanced emphysema and severe hyperinflation, and is the most refractory to medical treatment.”