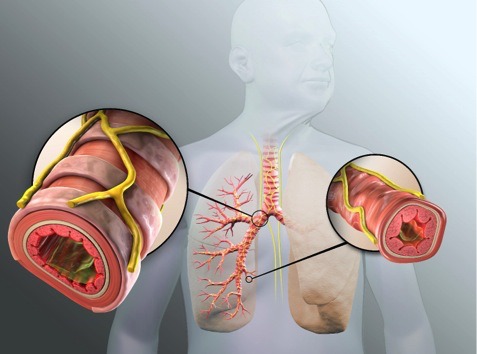 Nuvaira CEO Dennis Wahr said: “We are thrilled to have such a strong consortium of top-tier investors in this financing, as a clear vote of confidence in our work and the performance of our novel catheter-based system in our Phase 2b randomized, sham-controlled trial in patients with chronic obstructive pulmonary disease (COPD) patients.

These funds will be used to support the pivotal AIRFLOW-3 clinical trial for FDA approval, and to implement a targeted clinical development strategy in key European markets.”

The Nuvaira Lung Denervation System has been approved with CE Mark and is under clinical investigation in the US.

Nuvaira’s technology has demonstrated safety and feasibility in three clinical studies, IPS-I/II, AIRFLOW-1, and the AIRFLOW-2.

AIRFLOW-2 is a sham controlled randomized clinical trial conducted most recently, which was presented at the European Respiratory Society conference in September 2018.

Nuvaira AIRFLOW-3 trial principal investigator and Professor of Medicine at UPMC in Pittsburgh, PA and US Frank Sciurba said: “The rigor of the AIRFLOW-2 trial has set a high standard for the field. We are encouraged by the results of the AIRFLOW-2 trial, and we see TLD potentially filling an unmet need for our COPD patients who continue to have exacerbations while on maximal guideline-based pharmacologic therapy.”

Nuvaira claims that it is the first interventional pulmonary company to pursue and report one-year randomized, double-blinded and sham-controlled clinical evidence in COPD patients from a Phase 2b trial.

Wahr added: “We are extremely excited to have Lisa Rogan join our executive team at Nuvaira. She has a deep understanding and knowledge of the pulmonary field having spent the past decade in it, and she brings with her great business acumen and expertise in accessing new markets.”