The new NexSys PCS system is used as an automated cell separator and blood component collector system, in combination with single-use disposable sets 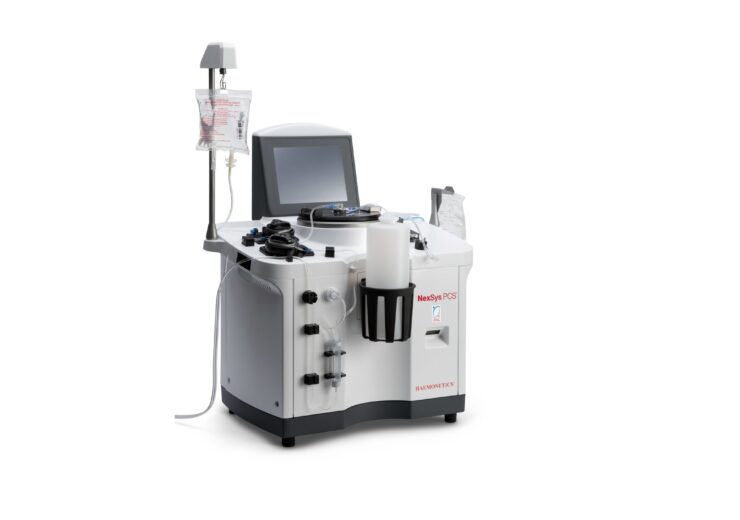 Haemonetics, a medical technology firm focused on hematology solutions, has received the US Food and Drug Administration (FDA) 510(k) approval for its NexSys PCS system with Persona technology.

The new NexSys PCS plasma collection system, backed by Persona technology has been designed as an automated cell separator and blood component collector system, used in combination with single-use sterile disposable sets, with or without saline compensation.

The system, including disposables, is capable of integrating with NexLynk DMS donor management system, and can be used to collect products including source plasma and plasma for transfusion.

The Persona technology has been developed based on NexSys PCS with YES technology, which received FDA 510(k) approved in 2018.

The company claimed that its Persona technology is the latest on the NexSys PCS system and it customises plasma collection based on an individual donor’s body composition.

Haemonetics medical affairs, clinical development and medical safety vice president Jan Hartmann said: “Plasma is an essential component used to make life-saving and life-improving medicines for many conditions, and the current nomogram has been a safe and effective method for collecting plasma for decades.

“Persona now sets a new paradigm by leveraging improved technology and taking a personalized approach to optimize plasma collection for each individual donor.”

The FDA approval is based on data from the Improving Plasma Collection (IMPACT) clinical trial, a multicentre, double-blinded, randomised controlled study of NexSys PCS system in 3,443 donors at Octapharma Plasma’s collection centres.

The NexSys PCS with Persona technology includes a personalised percent plasma nomogram, which determines the amount of plasma a donor can donate, and is calculated based on an individual’s weight.

The study results showed that the NexSys PCS system with Persona technology was safe and effective.

In the study, the volume of plasma collected per donation across the study population has increased by an average of 8.2%, compared to NexSys PCS with YES technology.

In addition, the Persona technology customised the plasma collection based on donor’s body mass index (BMI) and hematocrit to optimise and enhance the volume of plasma collected per donation, compared to the current industry standard nomogram.

Haemonetics president and CEO Chris Simon said: “The NexSys PCS system has transformed and improved the way our customers can collect plasma. Persona builds on that legacy by delivering meaningful innovation and reinforces our commitment to supporting the plasma industry.”