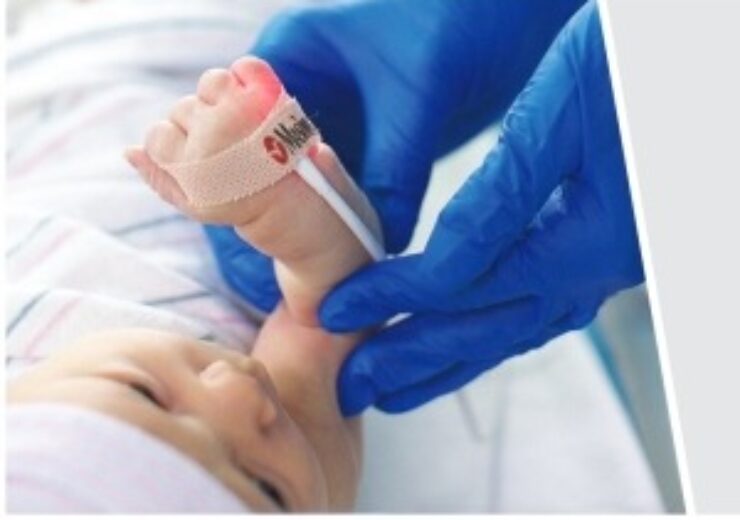 Noting that “iatrogenic anemia caused by diagnostic blood sampling is a common problem in intensive care units,” especially in neonatal intensive care units (NICUs), and that diagnostic blood sampling also has implications for infection control and health care costs, Drs. Halil Kazanasmaz and Mahmut Demir at Harran University in Sanliurfa, Turkey sought to assess the efficacy of noninvasive, continuous hemoglobin monitoring with SpHb on neonates by comparing it to conventional tHb. To investigate this, they studied 310 neonatal patients in a level III NICU in Turkey. Immediately after patients had blood drawn for tHb analysis using a hematological laboratory analyzer, their SpHb values (alongside other noninvasive measurements) were recorded using a Masimo Radical-7® Pulse CO-Oximeter® with rainbow® sensors placed on the neonate’s left foot.

Using Bland-Altman analysis, the researchers found a mean bias of 0.05 g/dL between tHb and SpHb, with limits of agreement of -1.85 and 1.96 g/dL. Based on the study results, they concluded, “In this study, it was found that the SpHb measurement method could yield reliable results similar to tHb measurement method in the newborns. It is thought that the SpHb method may have a complementary role in reducing unnecessary blood sampling and therefore iatrogenic anemia, especially in the newborns with anemia. Further clinical studies are needed to define the effectiveness of this measurement method in critically ill patients with circulatory disorders.”

In a similar study published earlier this year in the Journal of Clinical Neonatology, Drs. Ahmed Jamal and Biju John at Armed Forces Medical College in Pune, India, compared conventional laboratory hemoglobin to SpHb in 100 hemodynamically stable neonatal patients at a tertiary hospital in southern India.2 To measure SpHb, they similarly used Radical-7 devices with rainbow® sensors, but the sensors were placed on the babies’ wrists instead of the foot. Analyzing the paired Lab-Hb and SpHb data with Bland-Altman analysis, the researchers found “a good visual agreement between the Lab-Hb and SpHb values,” and calculated bias ± precision of 0.763 ± 1.349 g/dL. Drs. Jamal and John similarly concluded that SpHb is “an efficacious method of assessing Hb trend among neonates.”

In clinical studies with adult patients, continuous monitoring with SpHb as part of blood management programs has been shown to improve outcomes, such as reducing the percentage of patients receiving transfusions,3 reducing the units of red blood cells transfused per patient,4-5 reducing the time to transfusion,6 reducing costs,7 and even reducing mortality 30 and 90 days after surgery by 33% and 29%, respectively.8 Today, SpHb technology supports clinicians in over 75 countries around the world.9

SpHb is not intended to replace laboratory blood testing. Clinical decisions regarding red blood cell transfusions should be based on the clinician’s judgment considering, among other factors, patient condition, continuous SpHb monitoring, and laboratory diagnostic tests using blood samples.