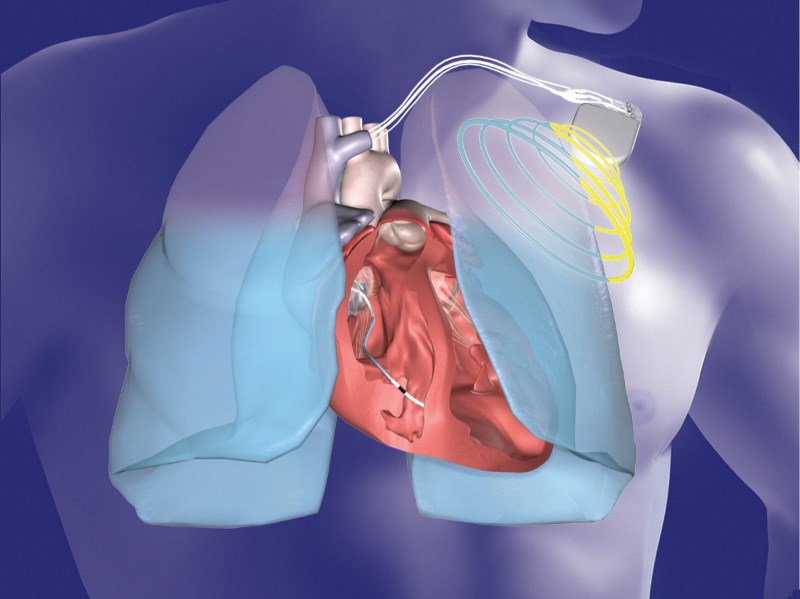 Image: The findings underscore gender and race treatment disparities, as well as a lack of referrals to physicians to implant the devices. Photo: Courtesy of Medtronic.

The findings underscore gender and race treatment disparities, as well as a lack of referrals to physicians to implant the devices. Presented at Heart Rhythm 2019, the Heart Rhythm Society’s 40th Annual Scientific Sessions, the analyses were supported by Medtronic plc (NYSE:MDT) and used Optum® Electronic Health Records (EHR) datasets and algorithms developed as part of the Medtronic GLIDE HF (GuideLine Indications Detected in EHR for HF) initiative.

“Device usage across both gender and race was strikingly low, despite medical records documenting patient eligibility for the therapy,” said Anne B. Curtis, M.D., study author and SUNY Distinguished Professor of Medicine in the Jacobs School of Medicine and Biomedical Sciences at the University at Buffalo, Buffalo, N.Y. “The breadth of practice type – from academic medical centers to community hospitals – along with the sheer number of patients highlight the seriousness of the challenge.”

ICDs have been saving lives for more than 30 years by delivering a lifesaving shock or painless pacing to stop life-threatening fast or irregular heartbeats. Cardiac resynchronization therapy is a treatment for heart failure that uses an implantable device to improve the pumping efficiency of the heart; the device can be a CRT-pacemaker (CRT-P) or CRT-defibrillator (CRT-D). Typically, these devices are implanted by electrophysiologists, cardiologists who specialize in identifying and treating heart rhythm disorders, after patients are referred by general practitioners or general cardiologists.

Treatment Disparities across Gender and Race

A real-world assessment of disparities among people indicated for the therapies, based on medical society guidelines, found that:

Devices were implanted more frequently in indicated men than women (16.7 percent and 12.7 percent, respectively), but were significantly underused in all patient populations.

In the analysis, both women and men of color and white women received devices at lower rates than white men.

This analysis of EHR data from more than 1 million patients is consistent with previous research showing that black patients are considerably less likely to receive cardiac interventions.

The real-world analysis using electronic health record (EHR) data looked at the utilization rates of device therapies in heart failure patients as defined by medical society (ACCF/AHA/HRS) guidelines. The analysis showed that ICDs and CRT-Ds are substantially underutilized compared to other cardiovascular interventions, such as imaging, drug therapies and coronary procedures. Less than one-third (32.3 percent) of eligible patients received CRT, and 11.0 percent of eligible patients received ICDs. The analysis showed consistent underutilization trends across five years (2012-16) in more than 100,000 patients, adding to the existing research that has previously highlighted treatment gaps. The impact of the 2012 guidelines (ACCF/AHA/HRS Focused Update for Device-based Therapies of Cardiac Rhythm Abnormalities) had not been thoroughly studied previously.

“While each of these analyses evaluated different aspects of implantable cardiac device use, the unifying theme is that far too many patients are not getting all of the therapies that could provide them with significant benefit,” said Rob Kowal, M.D., Ph.D., vice president and chief medical officer of the Cardiac Rhythm and Heart Failure division at Medtronic. “Implantable defibrillators and CRT-Ds are life-saving devices, so there is a clear need to address barriers to proper care for indicated patients.”

In collaboration with leading clinicians, researchers and scientists worldwide, Medtronic offers the broadest range of innovative medical technology for the interventional and surgical treatment of cardiovascular disease and cardiac arrhythmias. The company strives to offer products and services of the highest quality that deliver clinical and economic value to healthcare consumers and providers around the world.