The Covid-19 pandemic has forced many into isolation and a more restrictive way of living, and a new report shows how this has affected mental health 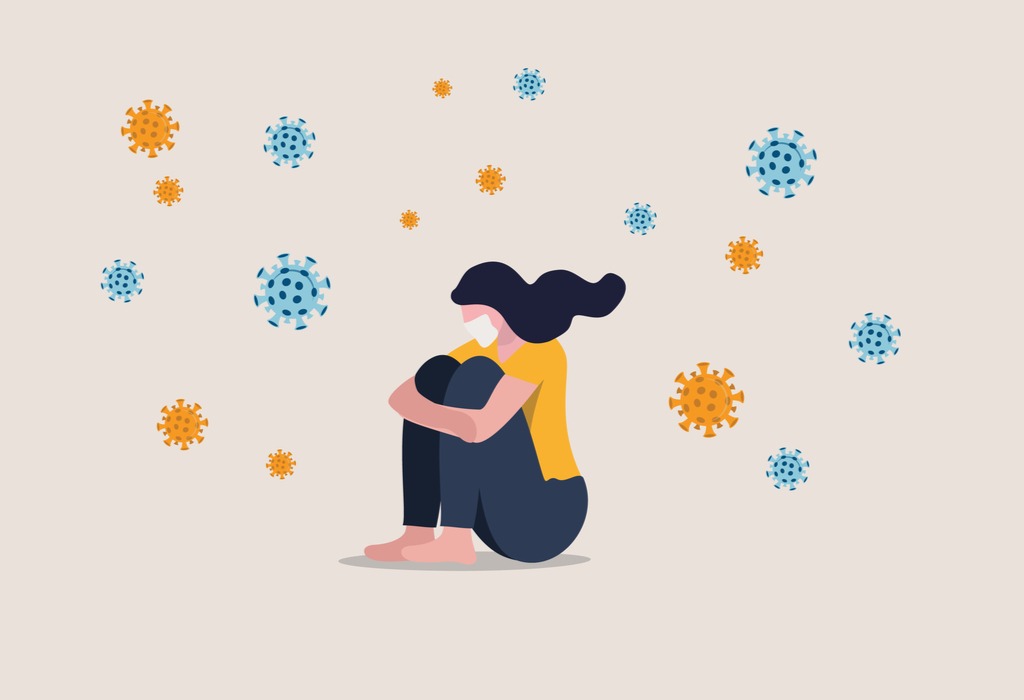 There is mounting evidence that mental health problems have become more common since the Covid-19 pandemic began, with some believing the impact it has had on minds is a healthcare crisis.

Millions of people have lost loved ones, survivors who received critical care are at increased risk of post-traumatic stress disorder and healthcare workers on the front lines face anxiety, burnout and trauma-related stress, among other struggles.

Alongside this, the virus has forced people to place restrictions on their lives to a degree that separation from family, friends, and schools has left many feeling socially isolated.

This isolation can be especially harmful for those trapped in abusive households, or that tend to turn to self-destructive behaviours when things get stressful.

Add to this that many people have lost, or are at risk of losing, their jobs and facing serious financial difficulties, and we have a set of circumstances one expert referred to as a “second pandemic”.

“Just as the viral pandemic has accelerated vaccine development, this global crisis has brought together mental health experts from the public and private sector around the world to address what is surely a second pandemic triggered by loss, anxiety, and social isolation,” said Insel.

Dr Inkster, Insel and the Organisation for the Review of Care and Health Apps (ORCHA) co-authored a report from the study that delves into the scale of the mental health crisis and some of the ways digital tools like mental health support apps are helping sufferers while healthcare services are overrun.

The authors estimate that the report, titled Early warning signs of a mental health tsunami, includes insights on upwards of 50 million people worldwide.

What’s in the report?

To give a sense of how mental health issues have increased in volume during the pandemic, the authors of the study looked at statistics from organisations that support both adults and children in addressing their conditions.

Mental Health America reported that 45% of people who took an anxiety screen in March 2020 – the month the country went into lockdown – scored for severe anxiety, while in May “loneliness and isolation” was cited by the greatest percent of moderate to severe depression (73%) and anxiety (62%) screeners as contributing to mental health problems “right now.”

Also in the UK, the Mental Health Foundation reported in a survey conducted in April that respondents felt increasingly lonely since the country went into lockdown in March, and that this was most pronounced for people aged 18-24 (44%) and 25-34 (35%).

It’s been suggested by many, including the authors of this new report, that pressure related to losing one’s job and experiencing financial distress have a role to play in the mental health crisis.

In order to explore this further, the the authors looked at a Money and Mental Health Policy Institute survey, which reported a range of concerns by respondents with lived experience of mental health problems and financial distress during Covid-19.

The charity, set up by financial advice guru Martin Lewis in 2016, reported that 62% of people were worried about having to access the benefits system, 57% concerned they might lose their job, and 56% worried about creditors chasing them for money.

An increase in the use of digital mental health support

Another measure of how the pandemic has taken a toll on people’s mental health is the use of apps and teleconsultation services – some of which are designated as medical devices by the regulators of different countries.

In their report, Dr Inkster, Insel and ORCHA looked at several organisations providing these services and found increases in use across the board.

In Australia, the BeyondNow suicide safety planning app, which helps users stay safe when experiencing suicidal thoughts, experienced a 53% increase in downloads from February to March 2020, compared to a 17% increase from January to February.

In the UK, teleconsultation company Vala Health reported a doubling in the volume of mental health-related calls with GPs during the period 10 March to 8 April 2020.

By week four of the UK lockdown, the general health enquiries had returned to almost pre-Covid-19 levels, but mental health consultations continued to rise.

Taking on a more positive note, the report also looked at peer-to-peer support networks, which can come in the form of an online resource or an app, and observed that the number of those reaching out to others had increased alongside the number of those suffering.

US company Papa Health – which is geared towards assisting the elderly – reported that 53% of users felt less lonely and that virtual companions have performed a range of tasks for users, such as obtaining medications and online grocery shopping.

Wisdo, an app that connects people seeking help to users who have had similar experiences to them, reported a 283% increase in the numbers of people replying to other people’s messages, as well as an increase of 115% in the number of people signing up for roles to provide support for others.

Much of the data collected from the study led by Dr Inkster reflects the scale of the mental health crisis as it began in the early months of Covid-19 lockdowns across the world.

But according to the US Census Bureau, more than 42% of people surveyed in December reported symptoms of anxiety or depression, an increase from 11% the previous year.

Similar reports came from the UK, where the Office for National Statistics reported that that 19% of survey respondents said they’d experienced depression in June 2020, compared to 10% who said the same in surveys conducted between June 2019 and March 2020.

Dr Inkster believes the insights gleaned from the report she co-authored should be enough of a push for countries to establish a digital network of providers that can share their data and add to a more complete picture of real-time mental health struggles.

“If we’re to be ready for the pandemic’s long-lasting impact on mental health, we need to get an accurate and broad picture of the situation we’re facing,” she said

“We’ve shown that it’s possible for a large number of providers to work together across borders to rapidly gather valuable insights.

“This could be used to set up an integrated digital system to better understand and respond to people’s mental health needs on a global scale in real-time.”